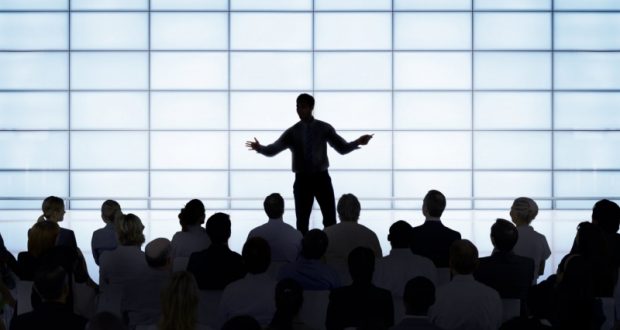 Cause and Compassion in the Flood

Noah Avoided the Sins of His Generation

Kli Yakar thinks Bereshit 6;9-12 tell us Noah avoided three sins that characterized his generation, worship of powers other than God, sexual immorality, and public theft. [We usually group murder rather than theft with those other two, since they are the three prohibitions a Jew may not deliberately violate, regardless of circumstances; the Torah includes hamas, theft, here, and Kli Yakar is finding the other two.]

Kli Yakar always shows where he found his ideas. That Noah did not succumb to any of these temptations he sees in verse nine, where the Torah called him ish tzaddik, tamim hayah be-dorotav, et ha-Elokim hithalech Noah. Tzaddik, righteous or just, means he did not steal, says Kli Yakar (tzedek often indicates financial rectitude). He flexes his darshan muscles a bit more when he says Noah’s being described as tamim means he was born circumcised and did not indulge in inappropriate sexual relations.

The first idea does appear in Avot de-Rabi Natan, Bereshit Rabbah, and Tanhuma; I think Kli Yakar attaches it to the word tamim, whole, because Nedarim 31b noticed Avraham was not called tamim until he was circumcised.

To go from there to certainty he did not commit arayot I think depends on Rambam at the end of the Guide, who said circumcision taught Jews to limit their sexual pleasures (others suggested alternative reasons). If milah teaches the proper sexual ethic, Noah’s being born circumcised would give him a big head start.

Finally, the verse says Noah “walked with God,” a reasonable indication he did not worship any other power.

How do we know those sins characterized the generation? Verses 11-12 tell Kli Yakar so. The Torah says the land was corrupted lifnei elohim, leaving room for Kli Yakar to read its mundane meaning, judges. People would steal less than a perutah, an amount not legally actionable; with the judges having no way to intervene, the robbers took this money openly, filling the land with theft.

[He has made many assumptions. First, in Noahide law, theft of less than a perutah incurs the death penalty; when Kli Yakar says judges could not take back the money for those from whom it was stolen, he either was assuming Jewish law applied, or—also strange—that the thief could be put to death but the money not returned to the victim, and that was still enough to corrupt the earth.

In addition, when he says this kind of theft left led to the land being full of hamas, open financial misdeeds, I think he means of more significant sums. If so, he is saying the Torah blamed “insignificant” theft for creating a culture of theft, destroying the financial fabric of society. If not, he means something more radical: despite all theft being less than a perutah, a truly minimal amount, their doing it brazenly destroyed society.

Someone recently pointed out somewhat similar issues in California, where stealing less than $950 in California is now a misdemeanor, making it much harder to enforce. Although $950 is a lot more than a perutah.]

As always with derush, he could just be reading verses creatively; to me, his reading elohim as judges to allow him to say there was open theft in ways the judges could not stop smacks of a problem of his time, people finding legal loopholes, acting in ways halachah did not want but judges could not stop, and he thought it would damage, diminish, or destroy the financial ethic.

Verse twelve’s speaking of God “seeing” the earth having been corrupted. Kli Yakar is sure this must be worship of other powers, because no one sees that other than God, Who sees into human hearts, where heresy resides [here, just a verse later, he is sure Elokim means God, not human judges].

You’d miss it if you blink, but he just jumped from avodah zarah, idolatry/worship of another power, which most certainly does not happen only in the heart, to kefirah, heresy, a matter of improper faith, which happens to plenty of people with no interest in powers other than God. Denying the whole Torah was given at Sinai, for example, is kefirah, with no hint of avodah zarah to it. Where the verse spoke of God seeing corruption, Kli Yakar said only God could see it (not true of much of avodah zarah, since there are usually acts of worship), then folded heresy into idolatry.

[Again, my own guess: in his world, heresy was a problem, and he was reading his own generation’s problems back into the Torah, allowing him to say heresy is largely the same problem as avodah zarah.]

The verse continues ki hishhit kol basar, for all flesh was corrupted. Despite this certainly seeming to just continue the previous part of the verse, Kli Yakar fastens on the flesh being corrupted, and says it refers to arayot, sexual immorality. Bereshit Rabbah included men willfully refusing to impregnate their wives among those sins, because the verse speaks of corrupting their ways “on the land,” and couples avoided pregnancy by the man spilling his seed on the ground (as we see with Onan in 38;9, he says).

He tells us he will elaborate further in coming verses, but that is all the space we have for him here, having seen his reading the verses to tell us Noah’s righteousness was in specific contrast to his generation, avoiding their sins, therefore deserving the title of tzaddik. [I think we today often experience Noah in the context Rashi gave him, he was likely not as great as Avraham; Kli Yakar lets us see a man can be a tzaddik because he resists what all in his time could not, despite not being as great as others.]

Hatam Sofer on the Animals Coming to the Ark

Vilna Gaon made no recorded comments to Noah, so we go to Hatam Sofer. He starts with Ramban, who pointed out God said most animals would come to Noah of their own volition, 6:20. In 7;2, God told Noah to take seven pairs of the kosher animals. Ramban said Noah had to do the taking for these animals, because they were going to be used for food and sacrifice. It would be wrong of God, as it were, to decree animals present themselves to be killed.

Hatam Sofer looks for further clarification, since the animals were going to die either way, unless they got on the Ark. Wouldn’t it be better [assumption alert] for them to come to the Ark and eventually die as sacrifices to God rather than be wiped out in the Flood?

[I’m not sure we have to take Ramban as narrowly as he is; I doubt Ramban meant all of them would be sacrifices, because then we would run out. Even if half of them would be killed, it was still better to get on the Ark. I would have guessed Rambam was making a point about God’s kindness without regard to technical specifics.]

For Hatam Sofer, the missing piece is that not going to the Ark was not yet a death sentence, because tradition leaves hope for repentance until the last moment. Rashi, 7;12, said the beginning of the description of the Flood said God brought rain to the earth, because rain could have been beneficial, had they only repented. With repentance a real option, their surrendering themselves to Noah would be converting a likely death to a certain one. Ramban meant God would not require them to do that.

Terrible sins were already committed, for Kli Yakar, but repentance was still possible, for Hatam Sofer.

At the end of the Flood, Noah sends birds to check the waters’ recession. In 8;7, he sends out ha-orev, the raven, and a verse later, a yonah, a dove. Netziv wonders why these two kinds of birds, when he had a whole Ark from which to choose, and also how Noah knew he had the right to send anyone out of the Ark before God allowed it.

He says the explanation he is about to give is al pi ha-peshat, according to the plain sense of the text (I stress those words, because what he is about to write has minimal evidence in the text itself. I cannot judge whether it is correct, but it’s certainly not the simple reading. I believe Netziv, like other Torah giants, sometimes became sure his idea was so true, it had to be the simple meaning of the Torah): These were Noah’s personal birds, not ones he took into the Ark as part of saving the world’s wildlife.

Noah was an important personage before the Flood, and would have grown ravens and doves, as we see in tractate Shabbat. He brought them as part of his household (In 7;1, God had said to enter the Ark, you and all your household; I believe most commentators take that to mean his wife, children, and in-law children). [Notice his certainty what was true in Shabbat, and in his own time, that wealthy people cultivated birds, was true of Noah’s time].

The Mission of the Raven and Dove

Only doves would be sent on distant missions, since they are taught to be letter-carriers, to bring back items in their mouths. That’s why the raven did not go far when it was sent out [this is clearly a reaction to Rashi, who quoted the Midrash that the raven stayed close because it was suspicious of Noah]. The dove’s job was to go farther; when it returned, verse nine, the Torah says it returned el ha-tevah, to the Ark, as if it stayed a bit away. Ha’amek Davar attributes it to the bird’s coming back empty-mouthed, when it was used to always bringing something. A failure, it was not sure Noah would let it in.

Noah stretches out his hand to take it in as an act of hemlah, special compassion, and warmed it in his hand until it recovered, a model of the generosity we should show towards messengers who fail in their tasks, should still have compassion for them. In verse twelve, the third time the dove went out, it didn’t return, because it again found nothing, but did find a perch.

Rather than fail again, it left, another proof to Netziv it was not part of the original pair take into the Ark to save the species, because if it was, it would have just abandoned its mate [although doves are kosher animals, so there would have been seven pairs].

So many assumptions: the birds were not animals God told him to take in for saving, he raised birds in the same way important people of the time of the Mishnah did, ravens for short trips, doves as letter-carriers, the latter expected to bring a return item in its mouth. From there, he derives a lesson about treating failed messengers, a warning that such messengers, if they fail again, might decide to leave rather than face it.

For Noah, we have discussions of the sins serious enough to bring a Flood, Noah’s righteousness in avoiding them, the openness to repentance averting the Flood to the last moment, and Noah’s household birds helping him be sure the Flood had ended.

2022-10-27
Gidon Rothstein
Previous: Taking Over as Chazan after Yishtabach
Next: Daily Reyd