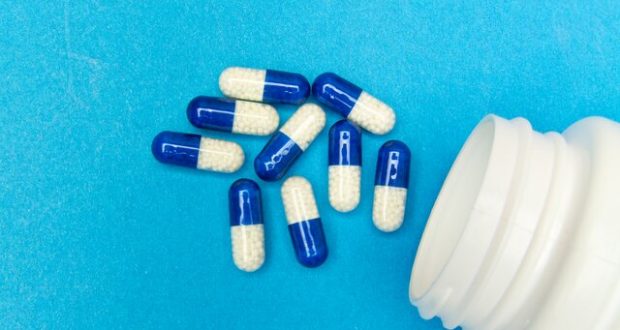 Question: Is it permitted/proper to take pills before Yom Kippur that improve one’s fasting on Yom Kippur?

Answer: Clearly, while the Torah commands “v’initem et nafshoteichem” (afflict yourselves) on Yom Kippur (Vayikra 23:27), the command’s operative meaning is to refrain from eating and drinking (Yoma 74b). One fully violates this prohibition only by ingesting food through the mouth/throat (see Achiezer III:61), and therefore intravenous feeding is not halachic eating (see Living the Halachic Process, IV, D-3). Still, there might still be a Rabbinic prohibition or perhaps even a lower-level Torah prohibition to ingest even through intravenous on Yom Kippur (see Teshuvot V’hanhagot II, 290; Chelkat Yaakov, Orach Chayim 216). Teshuvot V’hanagot raises the possibility that the positive element of the mitzva of inuy precludes any way the body ingests food-like nourishment.

Even so, there is a huge qualitative difference between nourishment ingested on Yom Kippur and taking a pill before Yom Kippur, as the timing is everything here. One cannot violate affliction on Yom Kippur by an act done before it (except for the short time of tosefet). (One may not put shoes on or put his feet in water before Yom Kippur and keep them there, but that is because keeping them there is equivalent to an action.) There cannot be a halachic requirement to feel the fasting on Yom Kippur. After all the period of inuy is more than 24 hours (see Vayikra 23:32), and one who eats until soon before Yom Kippur will not feel any hunger for many hours (see Mishneh Halachot VII:82). Even the opinion objecting to this type of special preparation, treated seriously by poskim (cited in S’dei Chemed, vol. IX, p. 133) does not object on halachic grounds.

The only question is, whether, hashkafically, it is proper to try to avoid being affected by the fast. There are two main approaches as to why the Torah commands us to eat on erev Yom Kippur (Yoma 81b). 1) We would like to eat on the Day of Atonement, but the prohibition makes it necessary to instead eat (festively) the day before (see Sha’arei Teshuva 4:9). 2) Eating before Yom Kippur leads to successful fasting on Yom Kippur. Arguably, Rashi (Yoma 81b) means that the goal is to complete the fast without a medical need to break it, in which case one could still argue that the Torah wants people to suffer from the ongoing fast. The Tur (OC 604) adds that Hashem wants us to not be “damaged,” which apparently refers to suffering on the day (see Bava Kama 91b), not to uncommon, long-term damage. The Rosh (Yoma 8:22) also sounds like Hashem wants us to feel as well as we can on the fast that is intended for our benefit for atonement.

One could still claim that some suffering is needed to make the atonement (fully) effective. However, many explain (see Sefer Hachinuch 313) that the atonement element of fasting does not relate to suffering (on Tisha B’av, it probably does) but that avoiding physical indulgence places one on a higher spiritual plane.

The persistent could still argue that only natural things like the right foods are appropriate, but not special things that take away the discomfort of fasting. Such distinctions need to be proved, and indeed Acharonim by and large reject the aforementioned opinion in the S’dei Chemed (see survey in Yabia Omer IX, OC 54). Furthermore, the question is largely moot on a practical level. There is apparently no magic potion that makes one feel as if he is not fasting. Those who benefit feel like they are fasting, just fasting very well.

In short, there is no halachic or hashkafic problem with taking one of the remedies offered before Yom Kippur, and it is very appropriate for those who suffer significantly on fasts (Yabia Omer ibid.) or feel it will enhance their tefillot to seek something safe that helps them. Should those who fast well also do so? If one is not an interventionist, clings to the traditional, or avoids unnecessarily ingesting things whose full effect is unknown, it is fine to suffice with a wise pre-fast eating regimen.