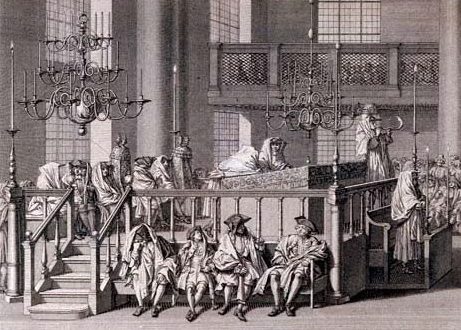 One or Two Breaths?

Question: I will be blowing shofar in an Ashkenazi minyan. What should I be doing about blowing tashrat (tekia-shevarim-teruah-tekia) – with neshima achat (=na – shevarim and teruah with “one breath”) or shtei neshimot (= sn – a significant break between them)?

Answer: The gemara (Rosh Hashana 34a) derives the need for three sets of shofar blasts during Rosh Hashana, with a teruah sandwiched between tekiot (=tk). The gemara identifies two types of crying as candidates for teruah, what we call shevarim (=shv) and what we call teruah (=tr). Rav Avahu instituted doing tashrat. The gemara rejects the possibility this covers both the opinion of shv and that of tr, because the incorrect blast creates a disqualifying break in the set. The gemara concludes that he did tashrat sets in addition to shv ones (=tashat) and tr ones (=tarat), because of the possibility that shv and tr together in that order are the correct teruah.

Rabbeinu Tam (cited by the Tur, Orach Chayim 590) says that since it is abnormal for one to change quickly from one type of cry to another, there should be a reasonable break (sn) between shv and tr. The Tur says that, consistent with this break, we refer to a full recitation of all the sets as 30 kolot, and not 27, because shv and tr count separately.

However, many Rishonim say that shv and tr should not be separated significantly (na). The strongest claim is that since they form a single, albeit complex, kol, it should be done as one unit (Ramban, Rosh Hashana 34a), i.e., without breaks (see Sukka 53b). While there is a machloket whether there should be some break between the tekia and teruah (ibid.), all should agree that there should not be one within a set of teruah. On the other hand, one can argue that shv tr is purposely not like the components of a single teruah unit.

The Terumat Hadeshen (I:142) sees no way to decide between the opinions and makes a suggestion that the Shulchan Aruch (OC 590:4) accepts. During the first set of 30 kolot, do na, and during the second set, do sn (the Terumat Hadeshen believes the order does not make a difference), and that way one fulfills the basic obligation of shofar blowing according to all major opinions at some point. The Rama (ad loc.) says that the minhag is to do everything as sn. The Mishna Berura (590:20) reports minhagim going either way in his times and supports continuing with them.

The Beit Yosef (OC 590; see Mishna Berura 590:17 and Sha’ar Hatziyun 590:14) posits that according to those who say na, one does not fulfill the mitzva with sn, but according to those who prefer sn, one fulfills the mitzva even if he did it as na. The Beit Yosef’s assumption has gone a long way in turning contemporary practice toward na especially when one does only 30 kolot (i.e., for those who cannot come to shul). How much one prefers na impacts on whether to do any sn (most expert ba’alei tokeiah do), to do sn in 31-60, or only in the last 30-40 after chazarat hashatz. There was once a minhag (see Rama, OC 592:1) to do only one set of tashrat each of the three times in Shemoneh Esrei/chazarat hashatz. This is predicated on the possibility that tashrat itself covers the possibilities of tashat or tarat. In order to give that a chance, it is more logical to have a break, because it is harder to claim that a connected closely shv tr counts for a shv and a tr separately (related to me by Rav M. Willig). However, we no longer have that minhag.

Even if there is not a long enough break to be called sn, there should be at least a small, noticeable break between shv and tr (despite a Chazon Ish (OC 136:1) to the contrary). According to the opinion of sn, it is not clear how long a breath we are talking about and whether one needs to actually breathe (see Dirshu 590:12). Therefore, it is plausible that a pause of about half a second could be considered na and/or sn. A break of a quarter of a second is definitely na and of a full second is definitely sn.

In short, if there is no local minhag otherwise, we recommend na for everything but kolot #31-60.