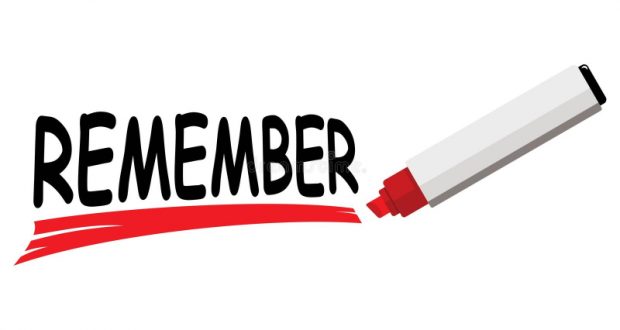 Question: I heard a chumra that during a leap year, with 13 months between readings of Parashat Zachor, one should have in mind to fulfill the mitzva of zechirat Amalek during the reading of those p’sukim in Ki Teitzei. Should I do that (shuls do not usually announce it)?

The main reasons to reject this chumra are that it is first raised around 200 years ago and it is still not widely followed, but analysis is both interesting and of limited use. The Torah does not give clear instructions on the timing of the mitzva of zechirat Amalek, but Chazal understood it is to be a yearly mitzva. The Torah was not concerned when other yearly mitzvot (e.g., the mitzvot of the Seder) have a 13 month gap between them, so why should Zachor be different?

The Chatam Sofer (Shut Even Haezer I:119) theorizes that the idea behind a yearly schedule is that the Torah commands us not to forget what Amalek did, and there is precedence of forgetting after more than a year. His talmid, the Maharam Shick (on Sefer Hamitzvot 605), brings sources that forgetting happens after 12 months and reports that the Chatam Sofer would have in mind during Ki Teitzei’s reading to fulfill the mitzva in the years it was “necessary” (theoretically including this year due to the 2 days). Others (see Mo’adim U’zmanim II:166) point out that the Chatam Sofer writes that we can learn the laws of  zechirat Amalek from those of batei arei choma, which are also connected to forgetting, and yet a year is the cut-off point even in a leap year (Arachin 31a). He explains that forgetting is impacted by the Jewish year cycle more than 12 months. Therefore, the leap year is not a problem for Zachor.

There are also reasons to reject the assumptions behind the Chatam Sofer’s question. For one, who says that we need to read Parashat Zachor (mitzva #603) to not forget Amalek (#605)? The gemara (Megilla 18a) says that zechira must be done orally from a written text, whereas forgetting depends on the heart. So as long as a person has given thought to the story of Amalek within the critical time period, even without intention for the mitzva, he will not forget, and he can do the active, oral mitzva at the prescribed time. Many (including the Mo’adim U’zmanim) disagree with the Chatam Sofer’s chiddush that concern of forgetting defines precisely the oral mitzva of Zachor. Also, since it is very possible that having Zachor done from a sefer Torah with a minyan is only a Rabbinic mitzva (see Minchat Chinuch #603), it is questionable whether it requires kavana (see Mishna Berura 60:10).

If one wants to have kavana during the Ki Teitzei reading, is that enough? The Har Tzvi (OC I:58) leaves as a question whether the ba’al korei must have kavana to be motzi one for this mitzva or whether it is enough he is reading on behalf of everyone in the shul. The Pri Megadim (EA 692:1) says that in order for Shehecheyanu recited at Megilla reading to cover all of Purim’s mitzvot, the Megilla reader should have the beracha’s broad use in mind, but there may be counter implications in other sources (see Har Tzvi ibid.; Magen Avraham 685). Perhaps also, since the mitzva is performed only as part of a community (see ibid.), the minyan, not just individuals, needs the appropriate kavana. Possibly, the Ki Teitzei reading cannot help. Divrei Yoel (OC I, 33) says the mitzva can only be performed around the time of Purim.

In practice, while there could be value in people having in mind for Zachor on Ki Teitzei, there is nothing compelling enough to create a new minhag because of leap years. If someone missed Parashat Zachor and faces the prospect of going two years, it pays for him to have intention for it. Therefore, it behooves a ba’al korei (he loses nothing) to have that in mind. Only a shul that likes to incorporate chumrot – in a wise manner – should consider instituting announcing that people should have such kavana.