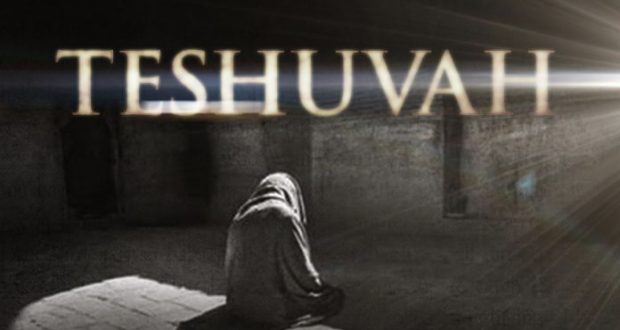 Posted by: Gil Student in From The Hashkafah Files, Magazine, Musings, Posts Sep 5, 22 0

Repentance, teshuvah, is an ability to repair the past and create a better future. Everyone sins. Teshuvah allows you to get past that, to learn from your mistakes and improve yourself. Those who are mostly religious and those who are mostly non-religious need teshuvah in order to become better Jews. In theory, anyone can do teshuvah, no matter how far they have veered from the Torah path. God wants all His children back. However, some biblical and talmudic stories imply that this is not always the case.

The Mishnaic figure Acher, whose real name was Elisha Ben Abuyah, was among the most tragic. He had been a leading rabbi, a teacher of the great R. Meir, but in his philosophical and mystical investigations, he went astray. He denied Jewish teachings and left observance entirely. R. Meir maintained a relationship with Acher and encouraged him to return. Acher told R. Meir that it was impossible, he would return if he could but he was too far gone.

The Gemara (Chagigah 15a) tells the story: “One time, Acher was riding a horse on Shabbos and R. Meir was walking behind him to learn Torah from him. After a while, Acher said to him: ‘Meir, turn back, for I have already measured according to the steps of my horse that the techum Shabbos (boundary) ends here.’ R. Meir said to him: ‘You, too, turn back [to the Torah path].’ Acher replied: ‘I already told you that I heard behind the divine curtain: “Return, rebellious children (Jer. 3:22)” except for Acher.’”

Acher heard a divine decree that he could not do teshuvah. Earlier on that page, the Gemara calls it a bas kol, a divine voice. Apparently it was decided in Heaven that Acher was too far gone and his repentance would not be accepted. Is that true? Can anyone ever be so far gone, so far off the derekh, that he can no longer do teshuvah?

Rambam (12th cen., Egypt; Mishneh Torah, Hilkhos Teshuvah 6:3) says that this is the case and brings biblical examples. He writes: “A person may commit a great sin or many sins so that the Judge of Truth will decree against him that, whereas this sinner committed those sins of his own free will and consciously, repentance should be withheld from him altogether. He will not be allowed the chance to repent from his wickedness so that he will die and be wiped out because of the sin he committed.”

For example, the Torah repeatedly (Ex. 4:21) says that God hardened Pharaoh’s heart. He had multiple opportunities to repent but eventually he was so far gone that he lost his ability to do teshuvah. Similarly, Sichon (Deut. 2:30) and the Canaanites (Josh. 11:20). This also happened to the Jewish people. When Eliyahu challenged the false prophets at Mount Carmel, he cried out, “Answer me, Lord, answer me… and You turned their [the people’s] heart backward. Rambam says that this means that God had prevented them from doing teshuvah as punishment for their great sins. While Rambam does not mention Acher, it seems that he would agree that Acher’s teshuvah could have been prevented. He certainly accepts the concept that sometimes teshuvah is impossible. Others disagree with the entire concept.

III. Teshuvah is for Everyone

Rav Yosef Albo (15th cen., Spain; Sefer Ha-Ikkarim 4:25) disagrees with Rambam’s approach (without mentioning Rambam by name). Rav Albo says that when God hardens someone’s heart, it is not to remove the possibility of teshuvah. Rather, it is intended to remove the positive pressure caused by divine revelation. Normally, such a revelation is so overwhelming that a person is forced to return to God. The hardening of the heart levels the playing field and returns the choice up to the individual. Rav Moshe of Trani (Mabit, 16th cen., Israel; Beis Elokim, Teshuvah ch. 16) objects explicitly to Rambam’s view because the Torah lists the punishment for various sins. If so, a sinner should receive those punishments and not the withholding of teshuvah. Nowhere do we find a punishment called the withholding of teshuvah.

Additionally, we find standard statements that teshuvah always works. Rabbenu Yonah (13th cen., Spain; Sha’arei Teshuvah 1:1) writes: “[Even] if they greatly sin and rebel and act like treacherous betrayers, He does not close the doors of repentance to them, as it says… (Jer. 3:22), ‘Turn back, rebellious children, I will heal your afflictions.’” Note that this verse is the same about which it was said, “except for Acher.” How can Rabbenu Yonah say that even great sinners can return if the Gemara says except for one big sinner?

Rabbenu Chananel (11th cen., Tunisia; Commentary to Chagigah 15a) says that the divine voice only said that which was already known in Heaven, that Acher would not return. If he had done teshuvah, he would have been accepted. Rav Menachem Meiri (14th cen., Provence; Chibur Ha-Teshuvah 1:1) explains similarly, that Acher mistakenly believed that he could not do teshuvah. Rav Joseph B. Soloveitchik (20th cen., US; The Rav Speaks, pp. 195-198) says that Acher misunderstood the divine voice. Acher could not return but Elisha Ben Abuyah could. Rav Yeshayahu Horowitz (17th cen., Germany-Israel; Shelah, Sha’ar Ha-Osiyos, p. 98 in the Amsterdam edition) writes that Acher should not have given up on returning. Even after hearing a divine voice behind the curtain, he should have stubbornly persevered in his teshuvah, and he would have been accepted.

Rav Yitzchak Blaser (19th cen., Russia-Israel; Kokhevei Or, no. 6) suggests that even Rambam would agree. In chapter 4 of Hilkhos Teshuvah, Rambam discusses the twenty four for which teshuvah is withheld. Rambam concludes the chapter (par. 6) by saying that even though teshuvah is withheld for these reasons, it is not prevented. Rav Blaser explains that normally, God helps those who try to return. Teshuvah is hard. When we attempt it, we receive divine assistance. Those twenty four whom Rambam lists do not receive this divine assistance. They are on their own. Similarly, suggests Rav Blaser, Rambam believes that Acher was on his own. He could have returned but he would not receive any divine assistance.

No one is too far gone. Everyone can return. Most will receive divine assistance but even those who do not, can and should persevere in their efforts to return to the Torah path.