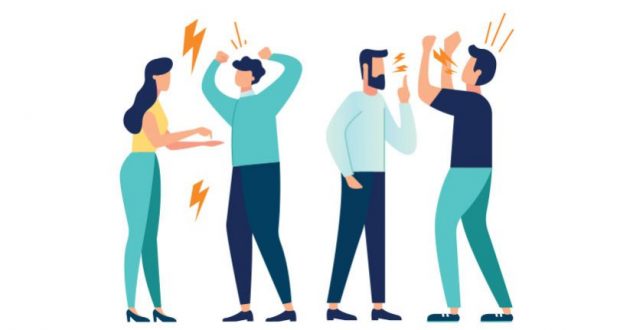 The Indignities and Insults We Visit Upon One Another

Reflections Based on Teachings of Rav Bezalel Ze’ev Shafran

Often, it seems that all we do is engage in debasement and insult, both overt and subtle.  There are sociologists and psychologists who suggest that our constant conflict with one another is “hardwired” into our natures and social structure.  Our insulting behavior, according to these professionals, is both cause and effect of community, the very thing we Jews laud and embrace.  To them, society is necessarily a hierarchy and all hierarchies are defined by a constant struggle for stature and power.

That is, in order to build ourselves up, we must tear someone else down.

We all experience insult, large and small.  Whether overt or subtle, our various relationships find us feeling “hurt” by something said to us or about us, or even what wasn’t said (the hurt of acknowledgements not given)!  Many of these insults are easily shrugged off.  But there are other insults that we seem incapable of shrugging off.  These insults, whether uttered by a teacher, a family member or a colleague stay with us long after their “expiration date”, causing us to seethe, to stew, to rehearse responses never delivered or to be delivered; causing us to avoid, to shun, to criticize to alter our behavior; causing us to be irked, unhappy, troubled; causing us to likewise visit insult on someone else!

We all know people who have spent hours, months, years and lifetimes nursing the insults they’ve received.  The weight of those insults – and their inability to let the insult go – results in diminished enjoyment of life and quite possibly even compromises their health.

We cannot control those who would insult us – for whatever their reasons, whether to provoke, to control, to bully – we can only control how we choose to react to the insult.  And sadly, most of the time our reactions do not speak well of us.

If, indeed, our desire for the safety and warmth of community also necessarily exposes us to the harshness of insult, we must ask ourselves, What can we do about the cycle of insult, recrimination, and anger?

Not long ago, I was studying a passage in Masechet Gitin (37b) when I came across a passage which also appears in tractate Shabbat 88b.  “Our Rabbis taught: Those who are insulted ne’elavin but do not insult, hear themselves reviled shomeim cherpasan without responding, act through love and rejoice in suffering, regarding them the verse states: ‘But they who love Him as the sun goes forth in its might’ [Shoftim 5:31”]

In commenting on this passage, my grandfather, HaGaon Rav Bezalel Ze’ev Shafran, wrote in his, Shelot U’tshuvot R’baz (Yalkut HaChanochi 44), “Why the double language?  Why, ‘those who are insulted but do not insult’ only to repeat (in form and idea) ‘hear themselves reviled without responding’?”  Aren’t these speaking to the very same people and to the very same lesson, they who are insulted but do not respond in kind?

To address the question, he delved deeply into the psychology of life.  He explained that there are times when one is insulted, demeaned and humiliated, and the insulted one remains stone silent; he gives no response at all, not so much as a peep to the one who insulted him.  However, his silence, my grandfather notes, does not necessarily suggest that he is generous of spirit, or blessed with the most forgiving human attributes.  It could very well be that the insult stuns him so deeply that he is rendered speechless, left to seethe, to seep and to stew in his anger.

There are other times when one who is insulted knows only too well how evil the one piling on the insult is, he knows just how despicable the insult is and he feels he simply must respond… and yet, he holds his tongue.  He accepts the abuse heaped upon him with silence and grace.  This reaction is a sign that the insulted one is of noble character, that he is high up on the ladder of hishtalmut (wholesomeness).

Thus, when we are first taught about those who “are insulted but do not insult (ha’neelavin ve’einan olvin) we cannot know if their non-response comes from a noble place or from a frightened, defeated place.  However, those who “hear themselves reviled” (shomeim cherpasam) hear all of the abuse heaped upon them and know how to respond.  Indeed, they are capable of giving back in kind to those who heaped cherpa upon them.  Yet, they do not.  They einam meishivin – they do not respond.  Their non-response, rather than being a sign of weakness is a sign of strength; it is the ultimate indicator of their character.  They are the ones who “act through love and rejoice in suffering”!

It is in praise of those possessing such fine character that the passage goes on, “…they who love Him as the sun goes forth in its might.”  Why this verse from Shoftim with its comparison to the sun?  Because the insulted one who does not respond – even with a justifiable reason to respond – is compared to the sun which did not respond to the moon’s complaint and unfounded challenge that “…it is not possible for two kings to rule with one crown (light)”!

Certainly, the sun could have easily –and effectively – responded, “Moon, you do not possess independent light.  You shine only by the light which you receive from me.”  But the sun remained silent, and for her discipline and grace she was not only undiminished, but also rewarded with increased light.  So it is that the one who is insulted and who remains silent will ultimately be undiminished by their silence; ultimately, he will emerge better, stronger, with a more powerful light.

It will be his abusers who will be humbled, just as the moon was diminished and humbled by her unwarranted complaint.  So it is that we praise the one who withstands insults not with silent scorn but with silent grace, with silence and forbearance, with patience and humility.  Such a one is as those who are [ha’shtika b’shaat meiriva siman al shoresh tov], silent when confronted and challenged, [which is] an indication of good roots.

It may very well be that community demands hierarchy and that one “path to the top” is by insult and demeaning others.  That is not, however, the Jewish way.  As my grandfather made clear, highest up on the hierarchy of community are those who choose not to respond and engage with one who insults.  In their refusal to be dragged down they are lifted up. 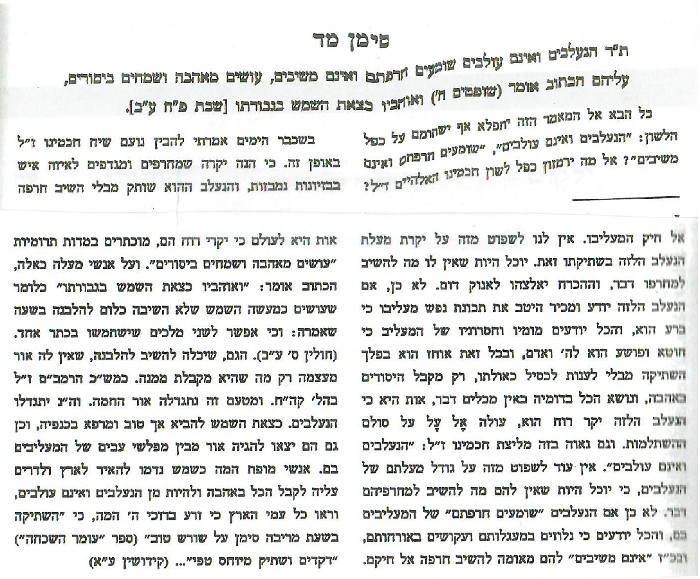