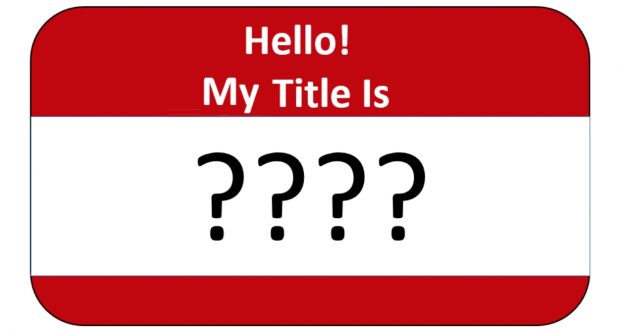 That’s Rabbi So-and-So To You

Aside from its obvious effect on those who became ill, Covid caused many secondary effects in society. Among them is clergy exit. Clergy of all religions faced unusual strain during the pandemic and many clergy members have decided to change professions. I was asked by a rabbi who left the rabbinate for a corporate career whether he should still use the title rabbi. More specifically, if he is called to the Torah without the title rabbi, should he correct the gabbai who called him. The common practice is not to insist on the title but I believe the issue is a debate among early and late Talmudic commentators.

First, is a rabbi today considered a Torah scholar? Generally speaking, our knowledge is much lower than in previous generations. Rav Moshe Isserles (Rema, 16th cen., Poland; Yoreh De’ah 244:2) defines a Torah scholar for whom one must rise as someone who is more knowledgeable than you and worthy of learning from. Rav Shabsai Kohen (17th cen., Poland; Shakh, ad loc., no. 2) adds that he must be an exceptional scholar who is greater than most others (muflag be-chokhmah yoser mi-sh’ar ha-am). While every individual is different, I think most rabbis know a lot more Torah than laypeople so, generally speaking, a rabbi is considered a Torah scholar in this context.

The Gemara (Pesachim 86b) tells the story of when Rav Huna Bar Nassan went to Rav Nachman Bar Yitzchak’s home. No one there knew this guest and they asked his name. He replied, “Rav Huna.” They later asked him why he calls himself Rav Huna, meaning why does he include the title. He answered, “Because that’s my name.” Rashi (ad loc., s.v. ba’al) explains that even when he was a child, people called him Rav Huna. For him, “Rav” was not a title but a nickname. However, Rabbenu Chananel (quoted in Maharsha, ad loc., s.v. m”t) suggests that Rav Huna Bar Nassan explained to them that he used the title to indicate that he was a rabbi. Maharsha adds that in a place where people do not know you, you are obligated to tell them that you are a rabbi. Maharsha seems to be quoting a variant of a different Talmudic passage.

R. Tarfon was once eating figs from someone’s field at a time when it was permitted for people to eat from the field (Nedarim 62a). However, the (big and strong) owner had suffered all year from a fig thief and suspected that R. Tarfon was the thief. The owner grabbed R. Tarfon and was about to throw him in the river and kill him, when R. Tarfon identified himself and set the rabbi free. R. Tarfon long regretted having benefited from his Torah scholarship. The Gemara points out that Rava said that a rabbi is permitted to identify himself as such in a place where people do not know him. So R. Tarfon did not do anything improper. The Gemara answers that R. Tarfon was wealthy and he first should have offered to pay for his life before using his Torah accomplishments.

Note that Rava said that a rabbi is permitted to identify himself as a rabbi in order to obtain appropriate honor and privileges. Rav Shlomo Ben Aderes (13th cen., Spain; Responsa 1:84) explains that a rabbi identifies himself in order to ensure that people fulfill their obligation to honor a Torah scholar. He even asks why this is not obligatory. Clearly, Rashba’s text is like ours, which says that a rabbi may – but not must – identify himself as a rabbi. Perhaps the rabbi does not have to identify himself because he is allowed to forgive the honor, he can be mochel. In contrast, Rav Asher Ben Yechiel (Rosh; Commentary to Nedarim, ad loc.) implies that a rabbi must identify himself. He does not quote the entire phrase so we do not know whether his text contained different language (Maharsha, quoted above, seems to have language stating an obligation rather than just permission). However, he explains that a rabbi identifies himself “so that they do not denigrate his honor and his Torah, and receive punishment.”

II. Nobody Needs To Know

Rav Ya’akov Reischer (18th cen., Poland; Iyun Ya’akov, Nedarim, ad loc., s.v amar) suggests that normally a rabbi should not identify himself as such because he should not seek to benefit from his Torah knowledge. R. Tarfon was only allowed to do so to save himself. Otherwise, he should not. Perhaps this would explain why Rashi explains that Rav Huna Bar Nassan identified himself as Rav Huna because that was his childhood nickname. Otherwise, because he was not in any danger, he should not have identified himself as a rabbi. Similarly, in Bava Kamma (59b), Eliezar Ze’ira was imprisoned by unscrupulous officers of the Reish Galusa for wearing black shoes in mourning of Jerusalem, which was not common practice. He saved himself from prison by identifying himself as a Torah scholar and having them test him to prove it. In this case, he was allowed to identify himself as a rabbi. Otherwise, he would have been wrong to insist on honor.

However, Rav Chaim Yosef David Azulai (Chida, 18th cen., Israel; Pesach Einayim, Nedarim, ad loc.) disagrees with Rav Reischer. He points to the Rosh who believes a rabbi is obligated to identify himself as such. Chida suggests that we can differentiate between when a rabbi is in his hometown and when he is visiting someplace else. In his hometown, enough people know him and show him respect that he should not identify himself as a rabbi to others, even to a guest. When a rabbi travels to another location, then he should identify himself so no one accidentally insults him and suffers punishment.

It seems that Rashi and Rav Ya’akov Reischer lean against self-identification as a rabbi, in general. While Rashba, Rosh, Maharsha and Chida recommend it. However, Rosh and Chida only recommend it to avoid insult. Rashba recommends it to gain appropriate honor. In the context of being called to the Torah, it seems that only Rashba would approve of correcting the gabbai, if it is safe to assume that there are no insults forthcoming. Additionally, if you are in your hometown, then Chida also would disapprove of self-identifying as a rabbi.

Additionally, it is not clear that people are required to honor a Torah scholar other than rising for him. It is possible that you are only obligated to call a rabbi who taught you (or a leading rabbi of the generation) with a title but you may call any other rabbi by just his name. The Sifra (Lev. 19:32, quoted by Rashi, ad loc.) says that the obligation to honor the elderly also applies to all Torah scholars, even if they never taught you anything. Quite surprisingly, no subsequent Medieval or early Modern source repeats that obligation. The Shulchan Arukh (Yoreh De’ah 243:6, 244:1) follows the unanimous precedent and states that your only obligation to respect Torah scholars consists of rising when they enter your vicinity and refraining from insulting them.

Chida (Birkei Yosef, Yoreh De’ah 244:6) notes that the Sifra’s extensive list of mandatory respectful practices was disputed and concludes that the law requires nothing more than rising and refraining from insulting. However, Rav Yisrael Meir Kagan (20th cen., Poland; Chafetz Chaim, Asin, n. 8 in asterisk) assumes that the law follows the Sifra and leaves as an open question why the codes neglected to mention it.

According to Chida, you need not refer to a rabbi with the title “rabbi” unless he is your mentor or a world-class Torah scholar. Failing to use the title hardly classifies as an insult for which someone can be sued in a religious court because it is only an implied insult by omission. According to Chafetz Chaim you must refer to any Torah scholar with the appropriate respectful title. Standard practice follows Chafetz Chaim and we reserve extra respect for Torah scholars beyond the standard respect shown to all people, but is it an obligation?

All this leads me to think that there is sound backing for the current practice not to correct a gabbai when he accidentally calls up a rabbi without the title.

As a postscript, I saw that Rav Gedalia Felder (20th cen., Canada; Gilyonei Yeshurun, Nedarim 62a) has some notes on this subject. He quotes a responsum of Rav Tzemach Ben Shlomo Duran (15th cen, Algeria; Yakhin U-Vo’az 1:131), son of the Rashbash and grandson of the Rashbatz. After a number of letters back and forth with Rav Yosef Sasportas, and after suffering many insults, he finally says, “Do you know who I am?” and invokes Rava’s statement in Nedarim (62a) that a Torah scholar may identify himself as such.