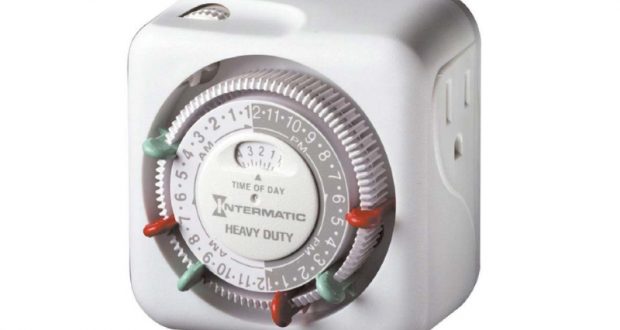 Question: May one make changes on Shabbat (and which ones?) to the settings on a Shabbat clock that is connected to electrical appliances?

Answer: The use of Shabbat clocks, even without making changes, used to be debated (see Yabia Omer III, Orach Chayim 18; Igrot Moshe, OC IV:60), but according to the consensus that we may, the question of how is important.

It is forbidden to adjust the clock so that it will change the on/off status of the connected appliance sooner than if it is left alone (Shemirat Shabbat K’hilchata (=SSK) 13:25). According to some (including Igrot Moshe, Yoreh Deah III:47.4) this is a full violation of Shabbat. Explanations include that it is because the Shabbat clock is built to operate appliances in this way or that the nature of some melachot makes them apply even for delayed or indirect results (see Orchot Shabbat 29:(25)). However, the consensus is that, considering mainly that nothing of note happens when the change is made, it is considered gerama (indirect causation) (Chazon Ish, OC 38:2; SSK 13:(91)). The difference is not only in the severity of the violation (gerama is not even a full Rabbinic prohibition), but in the possibility of leniency in certain cases of need (ibid.) and other matters.

What if the adjustment delays the next electrical change? The Chazon Ish (ibid.) says that any adjustment to the settings violates the melacha of building. We do not commonly accept that approach even regarding connecting circuits, certainly here where there is no immediate change and this is normal use of a Shabbat clock (SSK 13:(88)). Igrot Moshe (ibid.) says that this too is a full melacha violation of what the appliance does. Rav S.Z. Auerbach (article in Hama’ayan (Pressburg), Elul 5714, p. 10) says that this clearly is not even gerama but merely delaying a change from occurring as soon as it would have. This is not obvious because one can view it not as a delay but of bypassing one opportunity for a change, to set up a new act of change sometime later. SSK (13:(90), as I understand it) deflects this by arguing that since cancelling the earlier change sets up the later change without new activation for the later time, this is only considered delaying the already planned change.

This leniency is less obvious regarding delaying the appliance’s shutting off because one could argue that this is like adding wood to a fire (making it burn longer). SSK (ibid.) prefers comparing it to the permitted closing of a door to prevent wind from blowing out the flame. This is a logical perspective, especially if we view the home electricity flow as, effectively, a constant (unlike adding new wood).

The least problematic adjustment is to have the present state continue indefinitely. If it is on, it will not go off and vice versa. Yet, even that case must deal with the issue of muktzeh. After all, much of what the dials and prongs are used for is forbidden on Shabbat. Orchot Shabbat (29:(29)) says that it depends on the previous questions. If a lot of the usages on Shabbat are permitted (or even permitted in case of great need – SSK 23:(68)), it is not muktzeh. But Igrot Moshe (perhaps because he is machmir in most cases) and the Tzitz Eliezer (I:20:9) consider the Shabbat clock’s parts as muktzeh. Why this makes it forbidden to move is unclear – if a Shabbat clock is a regular kli shemelachto l’issur, it should be permitted to move it in a useful manner. Perhaps in those days electric devices were more expensive and therefore muktzeh machamat chisaron kis (=mmck), which is unlikely to be true today. Moving the prongs using a utensil might be permitted even for mmck (see Shulchan Aruch, OC 311:8) if moving to use the muktzeh is not considered acting for the muktzeh (Magen Avraham 279:9; see Orchot Shabbat 19:244).

In short, it is absolutely permitted to make the Shabbat clock not change the appliance from its present state, at least if he adjusts it indirectly. Delaying the change in state is permitted according to most, and according to them, muktzeh is also apparently not a problem.