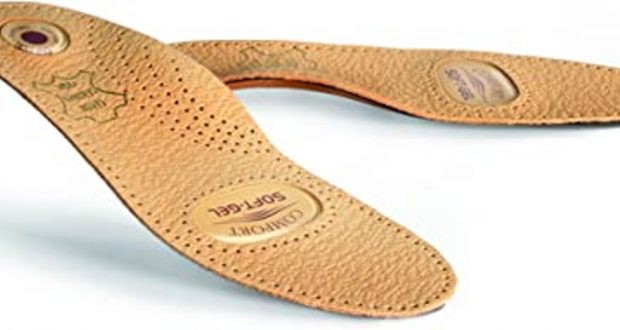 Question: May I wear leather arch supports in my non-leather shoes on Tisha B’av?

Answer: Most of the sources on the prohibition of wearing shoes relate to Yom Kippur, but the halachot are mainly the same for Tisha B’av (see Shulchan Aruch, Orach Chayim 550:16). The simple answer to your question is that arch supports are forbidden because one may not wear a non-leather shoe with leather lining (ibid.). Yet, we shall explore two avenues for leniency.

The first is to distinguish between a shoe’s lining and an arch support. The Chelkat Yaakov (OC 217) suggests that since the arch supports are inserted and removed often, they might not be considered part of the shoe, but independent entities. If so, since standing on a leather surface is permitted and stringency is only mildly encouraged (see language of Rama, OC 614:2), perhaps leniency is appropriate in such a case of need.

The more likely grounds for leniency is need-based. Chazal and/or the classical poskim (see Shulchan Aruch and Rama, OC 614:3-4) permit the following people to wear shoes on Yom Kippur: a woman who recently gave birth, a sick person; one with wounds on his feet; one walking in a muddy area (see details in commentaries ad loc.). The Chelkat Yaakov (ibid.) viewed the arch support user as one who suffers, albeit more than the average person, from not having good shoes. According to this view, it is difficult to compare him to someone with wounds. However, we view most people who are prescribed arch supports as having a specific problem that the average person who does not like being barefoot does not and therefore see this is as a better leniency than the former one.

However, it is not proper to allow arch supports on a broad basis for two reasons. First, for many people, going one day without arch supports is unlikely to cause any damage or significant pain (on a practical level, Tisha B’av is a day with a lot of sitting).

Second, there are many options to leather arch supports. Some non-leather footwear gives reasonable support to the arch. Furthermore, a high percentage of effective arch supports contain no leather. Therefore, if one knows he cannot manage without arch supports, he can obtain ones without leather (or get a cheap spare pair).

It is an excellent question whether one is required to make such preparations in advance, as one can understand the sources above in different ways. It is possible that in a case of a special reason for shoes, the prohibition does not exist, but it is possible that it is an act of prohibition, just that the need overcomes it (see Shemirat Shabbat K’hilchata 39:(113)). Several poskim posit (S’dei Chemed vol. IX, p. 157) or at least consider likely (Minchat Shlomo I,7; Torat Hamoadim, Yom Kippur 13:(11)) that even, for example, a woman after birth, may not wear leather shoes when easy alternatives exist. That is after all what the rest of us do when walking in places where we need reasonable footwear. Admittedly, arch supports need to be just right and are relatively expensive, so one could possibly argue that the alternatives are less feasible than usual.

In conclusion, the rule is that most people should not insert leather arch supports into their shoes on Yom Kippur or Tisha B’av. If they did not succeed in arranging a good alternative and expect significant pain, they may be lenient (Chelkat Yaakov ibid.). Leniency is easier on Tisha B’av, since its entire observance is not a Torah law, whereas Yom Kippur is a severe Torah prohibition and according to some even its prohibition of shoes is Torah law (see Mishna Berura 614:26).