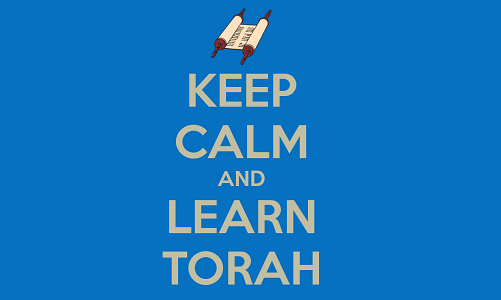 One of the prohibitions of Tisha B’Av is learning Torah, which brings you joy. You may only learn certain sad parts of the Torah. The Rema (Shulchan Arukh, Orach Chaim 553:2) records a custom to refrain from learning Torah on the afternoon before Tisha B’Av. Presumably, if you enter the mournful day with these Torah thoughts on your mind, the joy will linger with you. He adds that when the observance of Tisha B’Av falls out on Sunday, we maintain this practice and refrain from studying Pirkei Avos on Shabbos afternoon.

Mishnah Berurah (ad loc., 8) points out that this can only be a stringency. On the afternoon before Tisha B’Av, we are allowed to eat, drink, wash and other practices forbidden on the day itself. Certainly, on a technical level we are allowed to learn Torah. He also quotes a number of authorities who felt this was a bad stringency, including Maharshal, Vilna Gaon and Chayei Adam. The Mishnah Berurah concludes that whoever wishes to act leniently may do so.

Another important view on this was expressed by Rav Yosef Dov Soloveitchik, the author of Beis Ha-Levi and namesake for his famous American great-grandson. The story is told [1]I am utilizing the report in the Haggadah Shel Pesach Mi-Beis Ha-Levi, pp. 308-309. that one time when Rav Soloveitchik was visiting Minsk, a wealthy businessman associated with a group of maskilim (“enlightened” religious reformers) approached him. This gentleman told Rav Soloveitchik that their generation requires rabbis to rule leniently, in order to prevent Jews from leaving the path of observance (some arguments never change). Rav Soloveitchik replied sarcastically that, indeed, he agreed and rules leniently on a number of matters. The businessman asked for examples and Rav Soloveitchik provided the following seven, all of which are really stringencies formulated as leniencies:

Of course, these were not the kinds of leniencies the Maskilim desired. They wanted a life less bound by halakhah, allowing more personal freedom. Rav Soloveitchik did not believe in watering down religion in an attempt to keep people from drifting away.