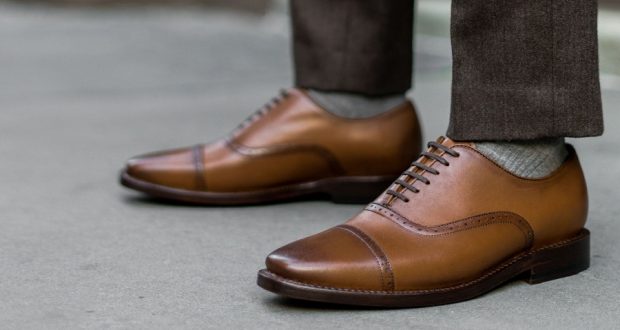 Question: As chazan, I was unable to take three steps back after my silent Shemoneh Esrei because someone was davening close behind me even when the gabbai signaled me to start chazarat hashatz. What should I have done at that point?

Answer: The situation should not have occurred, as a slow davener or one who starts late should not daven right behind the chazan (Dalet Amot Shel Tefilla 5:6). If the gabbai signaled prematurely, that is not ideal either. If the “back davener” was diagonally behind you, while there is a machloket whether you can enter his 4 amot (Mishna Berura 102:16), you could have acted leniently. Actually, I recommend leniency in our days, since differences in Shemoneh Esrei finish time have skyrocketed.

You had four feasible possibilities, some depending on the specifics.

1) Alter the steps – Ideally, one takes three steps (2 + an “equalizer”) backward, where one foot’s toe touches the other’s heel (covering approximately two feet = an amah plus) (Shulchan Aruch, Orach Chayim 123:3). Many shuls do not have enough room between pews to do that, and there are two minhagim about dealing with this situation: take smaller steps (see Mishna Berura 123:14); take normal-sized steps but to the side (Aruch Hashulchan, OC 123:5).

In your case, the smaller steps will suffice only if you started off outside the 4 amot, as otherwise any further encroachment is a problem. While poskim (see Ishei Yisrael 29:16) recommend going sideways (i.e., further away from the back davener), it is unclear what the chazan will do when it is time to return (see Rama, OC 95:1), unless one starts outside the 4 amot.

2) Wait – Some say (Ishei Yisrael 29:(61) cites Simchat Cohen) that the congregation must wait until the back davener finishes. If one is not confident he will finish soon, this is unreasonable considering the gravity with which Halacha views tircha d’tzibbura (public inconvenience – see Rama, OC 123:3).

3) Do not take steps – The gemara (Yoma 53b) says that is better not to have davened than to not take the steps back, as it does not show proper reverence in “taking leave of Hashem.” This does not seem so offensive if one is not taking leave, but is about to begin his main amida of chazarat hashatz (see Rosh Hashana 34b, that the chazan’s silent tefilla is a “practice run”). Indeed, the Beit Yosef (OC 123) cites and rejects the Ohel Moed’s opinion that a chazan is not required to step back between his two amidot, as he will do so later. However, when the alternatives are tircha d’tzibbura or actively violating the halacha not to walk within someone’s 4 amot, several Acharonim (Mishpetei Tzedek 2, P’kudat Elazar 123:5, Halichot Shlomo, Tefilla 9:1) allow the chazan to start chazarat hashatz without the steps backward and forward. Although at the end of chazarat hashatz the chazan does not usually take three steps back (Shulchan Aruch, OC 123:5), it is permitted to do so (Mishna Berura 123:19). The Rama (OC 123:5) says that if the chazan did not do a silent Shemoneh Esrei he should step back, and if he did a silent amida but did not step back, it should be at least as appropriate (Ishei Yisrael 29:(62). Generally, the Mishna Berura (123:18) says that the chazan relies on the steps of Kaddish Titkabel (if he remains chazan) and should be careful not to be mafsik until then.)

4) Walk into the 4 amot – The Tzitz Eliezer (VII:23) is among Acharonim (see Ishei Yisrael ibid.) who see this as less problematic than missing the steps back. He also generally is lenient about this prohibition, finding many leniencies for it (see also Eshel Avraham (Butchatch) 102). One leniency to consider here is that when one positions himself in a manner that disturbs many in the congregation, he cannot “keep others out” (Da’at Torah to Shulchan Aruch, OC 102:4). Here too, one who impedes the chazan and thus makes all wait may lose his 4 amot rights (see similar idea in Aruch Hashulchan, OC 102:13).

Of these options, we prefer the modified steps back when feasible, and if not, then skipping the steps at this point.