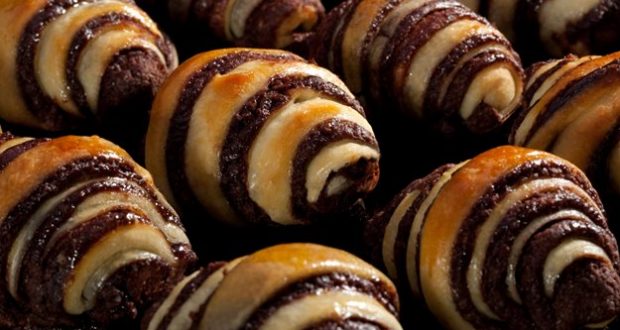 Question: Can I count the cake and other foods I eat at a “shul Kiddush,” followed by a regular Shabbat meal at home, as the second and third meals of Shabbat?

Answer: The question arises only if one is lenient on what constitutes seuda shlishit. The gemara (Shabbat 117b) derives from the pasuk about the manna to be eaten on Shabbat (Shemot 16:25), which uses the word “hayom” (today) three times, that one should have three meals on Shabbat. The straightforward reading of the gemara is that the three meals are primarily equivalent. Since the first two Shabbat meals must include (two loaves of) bread (Shulchan Aruch, Orach Chayim 274:1; ibid. 289:1), we should expect the same for seuda shlishit. Indeed, this is the principle opinion of the Shulchan Aruch (OC 291:4-5), except when it is quite difficult (ibid.).

On the other hand, the Shulchan Aruch (ibid.) cites as a minority opinion the possibility to fulfill seuda shlishit with foods other than bread. The Talmudic source for possible leniency is a gemara (Sukka 27a) about a rejected opinion about Sukkot. R. Eliezer says that one must eat fourteen meals on Sukkot and that if he missed one, he should eat an extra meal on the night of Shemini Atzeret. The gemara asks that the bread meal he has on Shemini Atzeret is for that day and answers that the hashlama (make-up meal) is by eating minei targima (there is a machloket exactly what that is – see Tosafot ad loc.) in addition to the regular meal. Tosafot (Berachot 49b) cites Rabbeinu Tam as learning from here that one does not need bread to be considered a modest halachic meal, for example, for seuda shlishit. Most Rishonim (see Beit Yosef, OC 291) say that at least seuda shlishit requires specifically bread because of the derivation from the manna. There are, though, those who do not have seuda shlishit with bread, and they have whom to rely upon.

As mentioned, all agree that bread is required for the second Shabbat meal, even though cake is enough of a meal to give Kiddush its halachic status (Shulchan Aruch, OC 273:5). So, your regular meal is needed to count for the second meal. According to some, that meal must start before chatzot (Aruch Hashulchan, OC 288:2). If this meal started before the earliest time for Mincha (half an hour after chatzot), it is too early for seuda shlishit (Shulchan Aruch, OC 291:2), and even if it extends from morning to afternoon it cannot serve as both the second and third meals (see Levushei Srad ad loc.). Stopping the meal with Birkat Hamazon and then starting a new meal again, could be a potential possibility (see Shulchan Aruch, OC 291:3 and Mishna Berura ad loc. 14). However, this is presumably not a more attractive practical option than making a small seuda shlishit some time later.

It is plausible to make the following halachic claim. Perhaps after having a proper daytime bread meal, we can say that the shul Kiddush constituted retroactively a third meal. While there is an expectation that there will be three meals at three different times of Shabbat (Rambam, Shabbat 30:9), perhaps the important thing is that at the end, fulfilling all of the requirements (two full meals, having eaten after the time of Mincha) in whatever order is enough. Rav Shimon Sofer (Hitorerut Teshuva I:74) left this as an open question and a possible limud z’chut for those who have a pre-meal Kiddush and do not eat seuda shlishit. The Shevet Halevi (I:57) does not view this a viable approach. He cites the Bach (OC 291) who says that the logic of Rabbeinu Tam to treat a non-bread meal as a meal applies only when it follows a full daytime meal, as another full meal might not be expected. However, a small meal before the big meal is not considered a halachic meal toward the three required meals.

In summary, while it is plausible that the setup you describe could remove the need for seuda shlishit, it relies on unlikely assumptions. Therefore, it is significantly better to either have bread at the small meal (i.e., Kiddush) or to have at least a small seuda shlishit sometime in the afternoon.