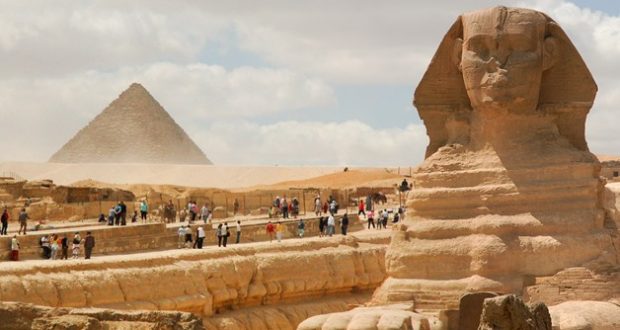 Question: I am considering sightseeing in Egypt. Need I be concerned with the Torah’s prohibition of returning to Egypt?

Answer: We will not address the safety and national considerations of such a trip. We discussed when it is proper to leave Eretz Yisrael for any destination in Living the Halachic Process VI, G-2. (Not every place in present-day Egypt is in halachic Egypt (see Rambam Melachim 5:7)).

There is much classical discussion of the phenomenon of big Jewish communities in Egypt and great rabbis who lived there, including the Rambam. Distinctions found there are helpful regarding our less discussed question of sightseeing. The Torah mentions three times that Bnei Yisrael should cease contact with Egypt. Only one is in a clear halachic context, the prohibition of the king having too many horses because it draws people to Egypt (Devarim 17:16). Yet the Mechilta (Beshalach I:2) refers to three warnings and three communities who violated it and were harshly punished. The gemara (Sukka 51b) also speaks of the impressive community of Alexandria, attributing its demise to this prohibition. The Rambam (ibid. 7-8) codifies the prohibition.

The one explicit limitation on the prohibition in Chazal appears in the Yerushalmi (Sanhedrin 10:8). It is forbidden to go to settle in Egypt, but it is permitted to go for commerce. Although the Torah (Devarim 17:16) refers to acquiring horses (i.e., commerce), the Ramban (ad loc.) explains that extensive trade for the king causes representatives to move to Egypt. The Rambam (ibid. 8) says broadly that it is forbidden only to go to be mishtakeia (in the Haggada, it means a long stay).

Why did the Rambam, Radbaz, and others live in Egypt for many years? The Radbaz (ad loc.) says that if one goes without intention to stay permanently, it is not a full violation to stay, and the Sultan would not let the Rambam go. The Radbaz justified his own long stay as done to teach Torah and noted that he eventually left. Thus, the Radbaz stretched the Yerushalmi’s leniency to the maximum, so that the Rambam was covered but the Talmudic community of Alexandria was not.

Rabbeinu Bachyei (Devarim 17:16) suggests that the prohibition was based on the fact that the Egyptians of Moshe’s times were particularly corrupt (see Rambam’s Sefer Hamitzvot, Lav 46), and the prohibition was not designed to continue after that period. Along similar but more halachic lines, the Semag (Lav 227) suggests that it was forbidden only as long as Egypt was inhabited by the Egyptian nation, which was exiled in later biblical times. Indeed, the nation is the apparent focus of one of the p’sukim (Shemot 14:13). The historic account of Egyptian exile is the subject of machloket, but the Rambam (Issurei Biah 12:25) accepts it. However, the gemara and the Rambam assume that the prohibition applies after that point.

The Yereim (309) suggests that the prohibition only applies to those who come from Eretz Yisrael to Egypt, and not if they come from other countries. This distinction has basis in the main pasuk, which says “not to return on this path again,” and distinguishes nicely between the Rambam and the community the gemara discussed, but its logic is unclear. The Ritva (Yoma 38a) continues this direction, saying that the prohibition applies only when Jews are able to live in a strong community in Eretz Yisrael, as opposed to when the people are anyway forced to be scattered throughout the world (see Yeshayahu 27:13).

Which leniencies apply to contemporary sightseeing? The S’mag (different nation) applies. The Yereim (leaving from Israel?) applies to some Jews. The Ritva (anyway in exile) does not apply (see Tzitz Eliezer XIV:87). While the post-Talmudic distinctions are more difficult to rely upon, the Yerushalmi’s idea, that only settling, not commercial trips, is forbidden, is a strong one. Rav Ovadia Yosef permitted Israeli reporters to go to Egypt (Yechaveh Da’at III:81). Therefore, it should be fine, unless one says that you need a good reason, equivalent to commerce, for it to be permitted.