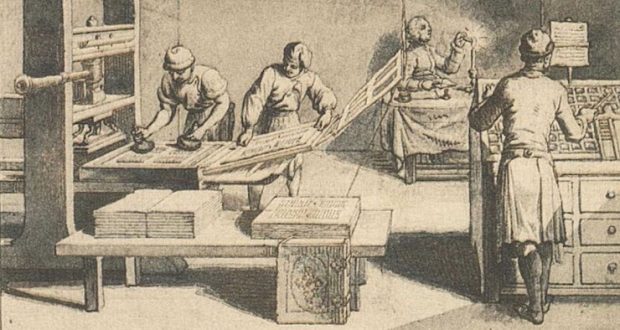 I. The Heretic’s Torah

The Gemara (Gittin 45b) says that we must burn a Torah scroll written by a heretic. In contrast, if a gentile wrote a Torah, then we either bury it (put it into genizah) or burn it, depending on whether or not we assume his intentions are for idolatry or heresy. The above relates to a Torah scroll written by a scribe. Does this apply today to sacred books (sefarim) published by heretics? Even if the content is completely kosher, does the book still need to be burned or thrown in the garbage? Printed books go through a different process than a scroll written by a scribe. Rav Ya’akov Ariel (cont., Israel; Responsa Be-Ohalah Shel Torah, 1:43) addresses this question.

Rashi (ad loc., s.v. min) seems to say that we only burn a Torah written by someone who strongly believes in idolatry and presumably wrote the scroll with idolatrous intent. In other words, Rashi requires improper intent. Rambam takes a different approach.

Rambam (Mishneh Torah, Hilkhos Yesodei Ha-Torah 6:8) writes that we burn a Torah scroll written by a heretic who does not believe in the Torah because the scroll lacks proper intent. Rambam does not require improper intent but just lack of proper intent — even a Torah written without any intent would need to be burned. Rambam (ibid.) explains that “there is a mitzvah to burn it so that there is no monument to the heretics or their works.” However, if that is the case, then why don’t we burn a Torah written by a gentile? Rashi says that a heretic has bad intent, which would distinguish him from a gentile who presumably has no intent. Rambam says a heretic has no intent either, so what is different about a gentile?

Rav Ephraim Navon (18th cen., Turkey-Israel; Machaneh Ephraim, Chiddushim Al Yoreh De’ah, Hilkhos Sefer Torah) addresses this question within Rambam’s thought. He suggests that a gentile who believes in God and has proper intent, sanctifies a Torah scroll that he writes. However, it is invalid for the mitzvah and therefore must be buried. He later suggests that a Torah written by a gentile lacks sanctity, like that written by a heretic, because the gentile does not have the proper intent. Despite that, there is a rabbinic prohibition against treating such a Torah disrespectfully and therefore we must bury it. This becomes important because most books are printed by gentile workers.

Around the year 1440, Johannes Gutenberg invented the printing press with movable type. While at first a novelty, the printed book became a standard part of life. The question arose whether a printing press can be used for Sta”m — Torah scrolls, tefillin and mezuzos. Roughly speaking, the letters are set in the galley and inked, and the paper is then pressed against the inked letters in a manual process performed by hand. If the application is done with the proper intent, does it qualify as writing?

Rav Menachem Azariah of Fano (17th cen., Italy; Responsa, no. 93) addresses this question and argues that a printing press is not considered writing in regards to Sta”m. Rav Binyamin Slonik (17th cen., Poland; Masas Binyamin, no. 99) rules that it is writing and therefore published books have the same sanctity as handwritten books. Rav David Ha-Levi Segal (17th cen., Poland; Taz, Yoreh De’ah 271:8) agrees with Rav Slonik. Therefore, if the text of a Torah scroll or tefillin was printed with kosher ink on parchment, the sacred items would be kosher. Printed books of Talmud and commentaries must be treated with the same care and respect as handwritten texts.

Rav Avraham Gombiner (17th cen., Poland; Magen Avraham 32:57) that printed tefillin and mezuzos are invalid because they have to be written in order, one letter after the other. With a printing press, the letters are printed all at once. Rav Yair Chaim Bacharach (17th cen., Germany; Chavos Ya’ir, no. 194) points out that most texts are printed by a gentile worker. This prevents the books from attaining sanctity and therefore serves as a source of leniency in certain cases. Rav Ya’akov Reischer (18th cen., Poland; Shevus Ya’akov 1:15) distinguishes between texts of the Written Torah and the Oral Torah. The former require Jewish writing and if written by a heretic must be burned. The Oral Torah, though, is less about the text than about the learning. If you can learn from a book, then it does not matter who wrote or how — it has sanctity. Rav Ya’akov Chagiz (18th cen., Morocco; Halakhos Ketanos, no. 15) argues that even a book of Oral Torah printed by a Jew has sanctity but printed by a gentile does not, like a Torah scroll written by a gentile that must be buried.

In general, most authorities insist that printed books be treated with basic respect because they contain sacred content, even if the books themselves lack sanctity. This can be seen in one of the earliest rulings on printed texts. Rav Shmuel de Modena (16th cen., Greece; Responsa Maharashdam, Yoreh De’ah, no. 194) argues that a printed text cannot be used for ritual purposes but can be learned from. Therefore, it must be treated with respect.

Rav Yechiel Mikhel Epstein (19th cen., Russia; Arukh Ha-Shulchan, Yoreh De’ah 271:39) takes into account mechanical improvements to the printing process. By the late nineteenth century, an individual did not need to manually press every page. He turned on the process and then the machine automatically pressed page after page. Rav Epstein says that this obviously does not constitute a person writing but rather writing on its own, which is not valid for ritual purposes. However, because these texts are used for learning Torah, they have some sort of sanctity and must be treated with respect.

Rav Ya’akov Ariel (ibid.) argues that a heretic today who publishes a book does not work the printing press. Even if he did, printing is no longer a manual process and the machine would do the printing, not the person. Therefore, the heretic’s intent does not affect the published books. However, problematic books should be removed from circulation and buried separately from sacred books.