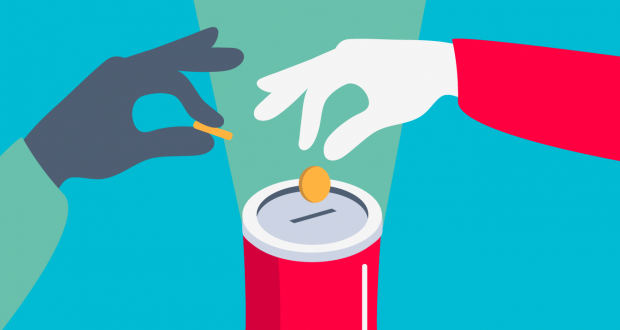 How Much of a Tzedaka Preference to Relatives?

Question: I learned that one should prioritize giving tzedaka to relatives over others. I give a nice amount of tzedaka, almost exclusively out of the family (which also has a few poor people), which I feel is more altruistic. Can you explain this halacha and give some halachic guidelines?

Answer: The Sifrei (R’ei 116) derives from the mention of “your brother,” in regard to tzedaka recipients (Devarim 15:11), that relatives have precedence over others, and the Shulchan Aruch (Yoreh Deah 251:3) accepts this. Relatives include at least those for whom one may not testify (first cousins) and perhaps beyond (see Tzedaka U’mishpat 3:(19)). This preference is binding enough that a gabbai tzedaka can refuse to give funds to a poor person with tzedaka-capable relatives (Shulchan Aruch, YD 257:8).

Some say that all of the needs of relatives are to be taken care of before moving on to others. However, the accepted approach is more balanced – relatives receive no more than half, especially when their needs are not as basic/extreme as other needy people (see ibid. 3:(20)).

Generally, the closer the relative, the higher they are on the list of recipients. However, two relationships enjoy a qualitatively higher tzedaka obligation than others. Although a child deserves repayment from his parents for kibbud av va’em expenses, if they do not have money and the child does, the child can be forced to support them (Shulchan Aruch, YD 240:5). Similarly, a father who is capable can be forced to support his children even after the age of six (Shulchan Aruch, Even Haezer 71:1). Both of these payments are considered tzedaka and count toward one’s tzedaka obligation (Shulchan Aruch, YD 251:3). An indication that this is not a standard tzedaka obligation is that, according to the Chatam Sofer (YD 229), the limitation of tzedaka to no more than one fifth of one’s resources (Shulchan Aruch, YD 249:1) does not apply to supporting parents. Similarly, very many fathers exceed a fifth of their resources on their children’s expenses.

Clearly, when one calculates his ma’aser (or a fifth, for those who want to give the maximum, optimal amount – ibid.), one does not have to count that money as tzedaka. He can view what he gives to parents and kids as a natural present or done for his own purposes, not tzedaka. Presumably, we can extend that. One can give his nephews, for example, nice presents without it being tzedaka, even if some of them are poor. It need not be tzedaka if he gives a particularly expensive present to one nephew, even if he chose him because he is poor. Therefore, halacha does not require one who can afford it to detract from from the tzedaka he would otherwise give to strangers, and this is a beautiful attitude that is altruistic regarding family and other needy people.

However, looking at family as deserving only of presents has a down side that concerned halacha. After all, there is a limit to how much a normal person will give a cousin or a nephew as a present, and it is unlikely to suffice to appropriately solve/alleviate serious shortfalls. Therefore, it is important according to the Torah’s outlook, for one to make his relatives the foremost recipients of his planned tzedaka funds. We have explained (Living the Halachic Process, I, K-5) that mitzvot put more focus on what is incumbent upon a person than on what is impressive.

Why do many have trouble keeping this halachic preference of relatives, which seems common for certain “bigger” chasadmim (up to and including organ donation)? Here are some suggestions: 1. Giving relatives, with whom one wants to interact as peers, raises sensitivities (embarrassment, the donor looks superior to the recipient); 2. Once one starts giving, it is hard to know how the giving will progress and whether he can refuse. 3. The relative often does not ask, whereas others do (this is not a halachically valid distinction when one knows about the need (Ahavat Chesed I, 5:(8))). Overcoming such complications makes giving significantly to relatives not only correct but plenty altruistic.