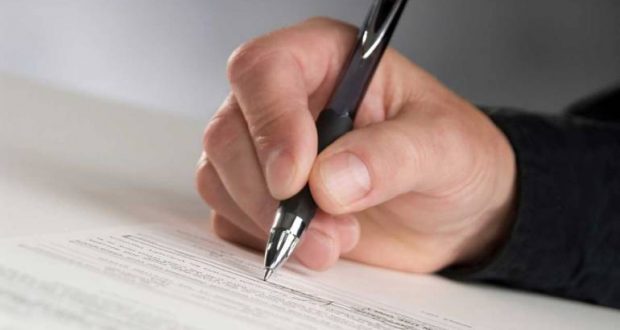 Family Name as Alternative for a Ketuba Witness

Question: Must witnesses on a ketuba sign with their father’s name (Ploni ben Ploni)? Can one instead use his first and last name? This could be valuable for a convert or someone whose father is someone else than what people think and is embarrassed about the truth.

Answer: The discussion about how a witness is to sign is in relation to a sensitive document, a get. The baraita (Gittin 36a) tells that the Rabbis enacted that the witnesses need to “elucidate their names.” Rashi explains that if the signature does not include his legible name, if its authenticity is challenged, it will be difficult to get information about the witnesses to confirm it.

What did the enactment change? The Rashba (ad loc.) understood that originally it could be signed anonymously, and it became required to write his name, although either one’s given name or “son of [his father’s name]” suffices if followed by “eid” (Gittin 87b). The Tur (Even Haezer 130), as the Beit Yosef (ad loc.) understood, holds that the enactment required writing both the witness’ and his father’s name, the shorter forms being valid only after the fact; so rules the Shulchan Aruch (EH 130:11). Even the Rashba presumably agrees that the standard get signature included name and father’s name (see Gittin 87a).

The gemara (Gittin 36a) questions the requirement to specify the witness’ name from accounts of rabbis who signed with symbols rather than their name. The gemara responds that this is valid only for such rabbis whose symbol signatures were well known, but it asks how their signatures could become known if they cannot be used before they were known. The gemara answers that they became known by means of diski’ot (Rashi – responsa and personal letters). Some cogently prove from this gemara that the requirement of a clear name applies to all legal documents, for otherwise the gemara could have answered that the symbols became known through other documents (see Yalkut Be’urim ad loc.). The Aruch Hashulchan (Choshen Mishpat 45:2) indeed requires writing the father’s name in all documents, which certainly includes a ketuba.

We can confidently say that the ketuba will be valid b’di’eved. First, the first name is enough (with the word eid or its equivalent) even for a get. Second, according to some (see Rashi, Gittin 97b; Mishpat Haketuba 51:(46)), a family name is what the mishna calls a chanicha, which is valid (perhaps even l’chatchila–  see Pitchei Teshuva, EH 129:2). Regarding one who signs his name in Hebrew with his family name on legal documents, the Chatam Sofer (EH II, 21) says this is likely the proper way to sign. Mishpat Haketuba (ibid.) argues that this seems no worse than the rabbis’ symbol signatures, and assuming the writing is legible, it should be easy to trace. In fact, family names in our times are important enough that common practice (recommended by Igrot Moshe, OC IV, 40.20) is to regularly add them to the principles’ and witnesses’ names. The Minchat Pitim (to CM 45:1) leaves it as an open question whether family name works as effectively as the father’s name.

Based on the above, according to straightforward halacha, leniency is very reasonable. However, many ancillary factors need to be weighed. For one, rabbinic conventional wisdom rightfully is reluctant to make changes on formal documents (see Chatam Sofer ibid. regarding get, which is, admittedly, more severe). Change can also raise eyebrows in the direction of the mesader kiddushin, the witness himself, and even the couple (sometimes in evaluating the credentials of a couple or their children, rabbis look to see if their ketuba seems like a standard one). Although sometimes we work hard to hide embarrassing information about the bride and groom, they have no choice but to be the subject of the ketuba, whereas a witness is rarely compelled to serve as one. On the other hand, a witness’ embarrassment can be a strong reason for leniency. Therefore, a rabbi must deal with the circumstances of each specific case, while we have sufficed with mapping out the main factors.