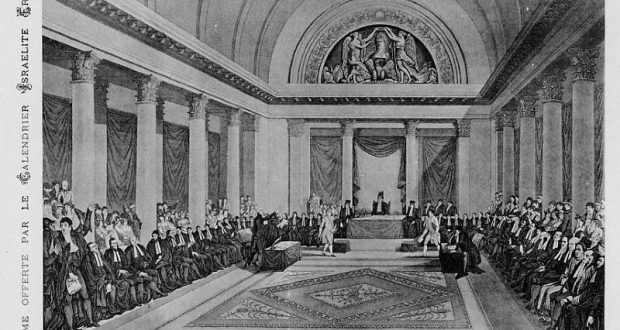 The Contested Chief Rabbi and the Acceptance of the Torah

I. The Contested Chief Rabbi of France

The source of the obligation to observe the Torah’s commandments connects to an obscure medieval debate over the chief rabbinate of France. In 1385, on the death of Rav Matisyahu Treves, the chief rabbi of France, his son, Rav Yochanan Treves, was appointed in his place with the consent of King Charles VI. After a short time, Rav Yeshayahu Astruc ben Abba Mari, a student of Rav Matisyahu, contested Rav Yochanan’s appointment and went to Germany for support. Rav Meir Ha-Levi of Vienna (Maharam Fulda) issued a cherem against Rav Yochanan because there was a decree of Rabbenu Tam and Rashbam excommunicating any Jew who asserted control over another Jew or the community through use of the secular authorities (see Finkelstein, Jewish Self-Government in the Middle Ages, pp. 152-158). Instead, Rav Meir Ha-Levi ordained Rav Yeshayahu and declared him the chief rabbi of France.

Rav Yochanan reached out to Spain for support, specifically to Rav Chasdai Crescas, the communal leader who was known to his generation as a leading halakhic scholar but is known to later generations primarily for his philosophical work, Or Hashem. Rav Chasdai was busy with other matters and asked his colleague, Rav Yitzchak Sheishes Prefet (Rivash; Responsa, no. 271), to address the issue. Rivash would soon move to North Africa due to persecution and lead the beis din of Algiers, where he became known as a unique halakhic scholar whose responsa resonate throughout the ages. Rivash wrote a long defense of Rav Yochanan, including one of the few definitions of rabbinic ordination, which was later codified by Rav Moshe Isserles (Rema; 16th cen., Poland) in his glosses to Shulchan Arukh (Yoreh De’ah 242:14; although Rema takes a different approach in a responsum, no. 24, which leaves his final view open to discussion).

One of Rivash’s arguments in defense of Rav Yochanan is that the people willingly and happily accepted him as chief rabbi. The consent of the king is irrelevant. Apparently, Rav Meir Ha-Levi held that the king’s approval invalidates even an otherwise unobjectionable appointment. We cannot allow the precedent of a gentile ruler appointing a rabbi because the results will eventually be disastrous. I suggest that this disagreement between Rivash and Rav Meir Ha-Levi parallels another disagreement regarding the acceptance of the Torah.

The Gemara (Shabbos 88a) memorably describes God as lifting the mountain over the Jews and saying that if they do not accept the Torah, they will die. The Gemara says that, in theory, this serves to excuse Jews from sin because they were coerced to accept the Torah. The Gemara responds that during the time of Esther and Mordechai, the Jews willingly accepted the Torah (Esther 9:27). After that, there is no valid claim to excuse sinning.

Mordechai (13th cen., Germany; Shevu’os, ch. 3 no. 757) quotes Rav Yitzchak of Dampierre (Ri; 12th cen., France) who answers that the Jews felt pressure to accept the Torah then, as well. After traveling in the desert for 40 years, they were finally about to enter the land of Israel. If they refused to accept the commandments, they risked God refusing to allow them to enter Israel. Rav Yosef Kolon Trabotto (Maharik; Responsa, 166:2) quotes an expanded version of Ri’s answer from Maharam of Rothenburg. The Jews were scared not just that God would refrain from giving them something good — entrance to the land — but that He would punish them with permanent wandering in the desert. This potential for punishment, even if only an implied threat, serves as coercion so the Jews can claim they were compelled to accept the Torah.

Rav Yehudah Rosannes (18th cen., Turkey; Parashas Derakhim, no. 22) suggests that Rav Shlomo Ben Aderes (Rashba, 13th cen., Spain; Shabbos 88a,s.v. mi-kan) disagrees with this approach. Rashba says that the land of Israel was given to the Jews on condition that the Jews observe the commandments. Therefore, as long as Jews were in Israel, they could not excuse their sins with claims of coercion. Only after the Jews were exiled, they could claim coercion but within decades of the Babylonian exile, the Jews willingly accepted the commandments during the time of Esther and Mordechai.

Alas, this controversy was short-lived. A few years later, in 1394, France expelled its Jews. Rav Yochanan Treves settled in Italy, where he became known as a leading Torah scholar. Rav Shlomo Trabotto knew him and was duly impressed with him. He conveyed to his son, Rav Yosef Kolon Trabotto (Maharik), that Rav Yochanan was a “wonder of his generation” (mofes ha-dor) and, specifically, that he disagreed with the Ri and believed that a possible threat does not constitute coercion (Responsa Maharik, no. 63). According to our analysis, Rav Yochanan Treves agreed that his short-lives appointment a chief rabbi of France was not done under duress.