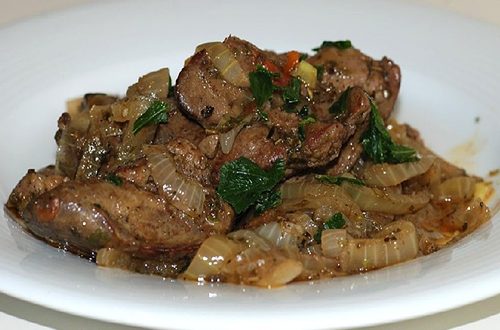 Do I Have to Listen to a Rabbi?

When you ask a rabbi a question, you are committing yourself to following his answer. But what if you didn’t ask? Do you still have to follow his ruling? Put in a different way, and a bit more broadly, should a rabbinic authority insist that his ruling be followed? Of course, we live in a free society and technically no one is required to follow anything but the law of the land. But from the perspective of religious propriety, should a rabbi advise someone to follow the rabbi’s halakhic ruling or can he leave the person, or even advise him, to follow any legitimate halakhic view?

I. Can I Be Stricter?

Three apparently contradictory Talmudic passages come to mind, although there are probably many more that are relevant.

1) There is a debate whether you are allowed to carry an extinguished candle on Shabbos. When R. Abahu was in the community of R. Yehoshua Ben Levi, who permitted, R. Abahu carried such a candle. When he was in the community of R. Yochanan, who forbade it, he did not carry an extinguished candle (Shabbos 46a). The Gemara asks that if R. Abahu personally held that it was permissible, why would he refrain from carrying it? And if he held that it was forbidden, how could he commit what in his view constitutes a transgression? The Gemara answers that R. Abahu held that it is permissible but out of respect for R. Yochanan, he acted strictly while in his community.

From this passage, we see that you should act strictly like the local authority out of respect. However, if he is lenient, you cannot disregard your own strict view.

In contrast to the prior case, in which someone who is strict cannot be expected to act leniently out of respect, Rav Nachman demanded that Rav Bar Sheva eat the food. This is despite the fact that there was an existing debate on the subject and Rav Bar Sheva followed a legitimate strict view.

II. You Must Be Stricter

3) R. Mari Bar Rachel had pillows sitting outside on Shabbos and he wanted to move them so they would not sustain damage from the sun. He asked Rava whether he is allowed to move the pillows (Shabbos 124b). Rava said he is allowed and R. Mari objected that he has other pillows so he does not need these. Rava said that he might receive guests and need additional pillows but R. Mari responded that he has more than enough for guests. Rava realized that R. Mari follows a strict opinion that does not allow moving even permitted objects, unless they are needed for use or their place is needed. Therefore, Rava said that everyone else is allowed to move the pillows but not R. Mari Bar Rachel.[1]If R. Mari already had a view on the subject, why did he ask Rava? See the Chasam Sofer, ad loc.

In this passage, R. Mari Bar Rachel followed a legitimate strict view and Rava told him he had to continue following it. Rava had R. Mari act like the first Gemara assumes R. Yochanan would act, not abandoning his strict view just because the local authority rules leniently. This is in stark contrast to Rav Nachman, who did not allow Rav Bar Sheva to follow his legitimate strict view. Why the difference? We could attribute this to differing personalities but that is not particularly compelling nor does it engage the analytical possibilities.

Rav Ya’akov Emden (18th cen., Germany) addresses these contradictions in a gloss to Shabbos (124b, s.v. le-kuli alma) that was published from manuscript in the Moznaim/Vagshal Talmud (it does not appear in other editions). Rav Emden distinguishes between a student and other people. Anyone in general who follows a specific view may not act leniently against that view, even out of respect for the local rabbi (unless there is some technical reason to allow leniency). However, a student is bound to follow his teacher’s views and therefore may not act strictly, particularly in the teacher’s presence. Rav Nachman was justifiably upset when his student, Rav Bar Sheva, acted strictly against his teacher’s leniency in that teacher’s home. That is not only improper halakhic decision-making but also highly disrespectful. The other two cases above reflect how someone should act regarding a rabbi who is not your teacher. You should not abandon your views, or the strict views you were taught, merely because you are in the community of someone who rules leniently.

While not quoting the above sources, Rav Hershel Schachter (cont., US) says something similar regarding a new rabbi in a community (Be-Ikvei Ha-Tzon, ch. 12). If a rabbi is appointed to lead a community that has an eruv built by a previous rabbi based on a lenient view with which the new rabbi disagrees (or his teachers disagree), the new rabbi does not have to change the eruv immediately. The community members are following a legitimate lenient view. However, after the rabbi serves the community for some time and offers guidance that people follow, the community members become his students and must follow his strict views. The rabbi must fix the eruv or people must stop using it. And after even more time, the eruv will come to be known as this new rabbi’s eruv so he definitely has to fix it.

If I remember correctly, and it’s been many years since this happened so I may have some details wrong, in the 1980’s a rumor spread in Teaneck that Rav Schachter believed the (north) Teaneck eruv was invalid. From what I understand, Rav Schachter issued a letter clarifying his view that he follows a strict ruling (of the Avnei Nezer, Orach Chaim 290) that the walls of an eruv cannot cross over private property. Since that eruv did so, Rav Schachter’s students should not carry in the eruv until it is fixed (which it was). Anyone who is not his student is not bound by his strict ruling, and indeed many authorities are lenient on that issue. I believe that despite my hazy memory of the events, this follows Rav Schachter’s reasoning in his article above and Rav Ya’akov Emden’s explanation of the different Talmudic passages above.