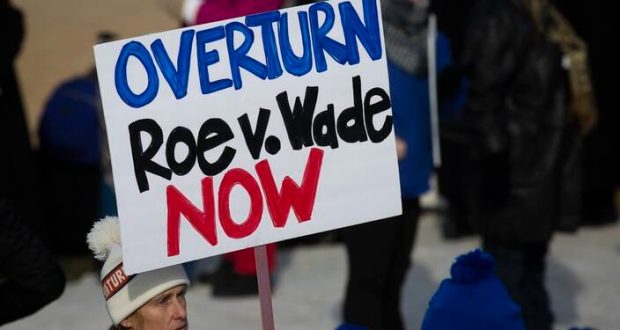 The brouhaha surrounding the report of a forthcoming United States Supreme Court decision reversing its seminal decision in Roe v. Wade has subsided and with it a perceived institutional need prompting issuance of ill-conceived reactive statements. The actual decision that will assuredly spark further reaction and even more intense hand-wringing has yet to be announced. Perhaps this is the time during which calm reflection upon relevant teachings of Judaism is warranted.

There are two entirely separate and unlinked sets of issues to be pondered, one constitutional and the other moral. I am not a constitutional law specialist – but neither am I entirely ignorant of U.S. constitutional law and its history. I seldom find myself in agreement with Justice Alito – but that does not mean that he is always wrong. In my opinion, as a matter of law, Roe v. Wade was incorrectly decided. The right to privacy announced in Griswold v. Connecticut in no way compels a finding that a woman’s right to privacy entails an untrammeled right to dispose of a fetus as she may desire. That is not – and, arguably, never was – a matter solely between a woman and her physician. There is a conflicting age-old principle of at least quasi-constitutional standing, viz., that the sovereign has a compelling interest in preservation of the life of each and every one of his subjects. There are no grounds to exclude unborn subjects from that interest.

In Roe v. Wade the Court astutely acknowledged that it could not determine the moment at which human life begins. Of course not! Human life begins in germ plasm within the sperm and continues until decomposition in the grave. How the human organism is to be treated at any point along that continuum is a legal, moral and theological question not necessarily related to any scientific or empirical phenomenon. But instead of candidly recognizing that ignorance does not justify feticide, the Supreme Court did precisely the opposite. It found itself powerless to protect a merely possible homo sapien.

Imagine that one day intelligent, moral and peace-loving Martians land on Earth seeking to establish fraternal inter-planetary relations with earthlings. A debate might break out with regard to whether they are “persons” entitled to the protections and immunities guaranteed by the U.S. constitution. There is no cogent legal precedent that might be invoked to determine whether they are human. Since we do not know whether or not they are “persons,” can we conclude that they may be exterminated with impunity? A hunter hiking through the woods catches sight of an apparition. He cannot determine whether what he sees is a bear or a human being. He shoots and to his chagrin discovers that he has killed a man. Is he guilty of negligent manslaughter or worse?

The Gemara debates the moment of ensoulment. The question has profound ontological implications but no bearing whatsoever upon the halakhic status of the fetus. True, over a period of centuries, halakhic decisors have disagreed with regard to that matter. But Rambam, Noda bi-Yehuda, R. Chaim Soloveichik and R. Moshe Feinstein (and, at least in one pronouncement, the Israeli Chief Rabbinate as well) – and that list is far from exhaustive – unequivocally found feticide to be a non-capital form of homicide justifiable only if the fetus itself poses a threat to the mother. Rabbi Feinstein was an extremely pleasant, sweet, mild-mannered and tolerant person. Yet, when confronted by a much more permissive responsum of a respected rabbinic figure he did not hesitate to write in response, “May his Master forgive him.”

As far as non-Jews are concerned, there is not even a scintilla of controversy. Abortion is an even more grievous offense under the provisions of the Noachide Code. For non-Jews, abortion is a capital offense. Is it conceivable that Jews and Jewish organizations now criticize the Supreme Court for acknowledging that there is no right to abortion on demand? Jews are charged to serve as a beacon unto the nations, not to urge and abet transgression of the Seven Commandments of the sons of Noah. Elsewhere, I have marshalled sources demonstrating that falsification of the Sinaitic tradition is tantamount to idolatry.

Judaism owes a debt of gratitude to the Catholic church for filling a lacuna we have allowed to develop. Rambam questioned why the Holy One, blessed be He, allows Christianity to flourish. His answer was that the Church has kept alive and given wide currency to belief in the Messiah. Were Rambam alive today, I am fully confident that he would acknowledge that such a role is now being fulfilled by others and would have offered a different answer to his question. Today, he would respond that the Church deserves accolades for preserving recognition of the sanctity of human life in all of its phases as manifest in categorization of feticide as homicide. Jews were charged with promulgating that teaching by deed and by word. To our eternal shame, Divine Providence found other ways to do so.

The argument that the lives of Jewish women will be endangered by rejection of Roe v. Wade is specious – and fully known to be so by those who advance it. Pregnant women had no constitutional difficulties in procuring medical abortions before Roe v. Wade and will face no constitutional barrier after its repeal. True, it is possible, albeit unlikely, that some few states might enact a blanket prohibition against abortion; it is even more unlikely that such a prohibition would survive constitutional challenge.

Craven political correctness is no defense for the indefensible. We should not seek to curry favor with, or the approbation of, the so-called intelligentsia. I daresay that no Jewish woman died as a result of legal restraints prior to Roe v. Wade. No Jewish woman is likely to die in the wake of its repeal. Abortion for medical need will continue to be available in most, and probably all, jurisdictions. If any lives are lost it will be because of inability to afford the expense of travel, not because of constitutional impediment.

What should the Jewish response be? It should be two-fold. One, the establishment of a fund to defray the cost of travel to a jurisdiction in which a life-threatening pregnancy can be terminated, such a stipend to be limited to women who produce a statement signed by a recognized posek attesting to the halakhic propriety of the procedure. Two, a second, far larger fund to provide for care of pregnant women who carry their babies to term but feel compelled to surrender them for adoption. That is the response of rachamanim bnei rachamanim.

J. David Bleich is a rosh yeshiva and the Rosh Kollel Le-Hora’ah, at the Rabbi Isaac Elchanan Theological Seminary, Professor of Law at the Benjamin N. Cardozo School of Law and Herbert and Florence Tenzer Professor of Law and Ethics at Yeshiva University. He has served as Visiting Gruss Professor at the University of Pennsylvania School of Law. He is the author of Judaism and Healing; Providence in the Philosophy of Gersonides; Bircas Ha-Chammah; Time of Death in Jewish Law; a seven volume series, Contemporary Halakhic Problems; a four volume Hebrew series, Be-Netivot Ha-Halakhah; a two volume work, Bioethical Dilemmas: A Jewish Perspective; and editor of With Perfect Faith.