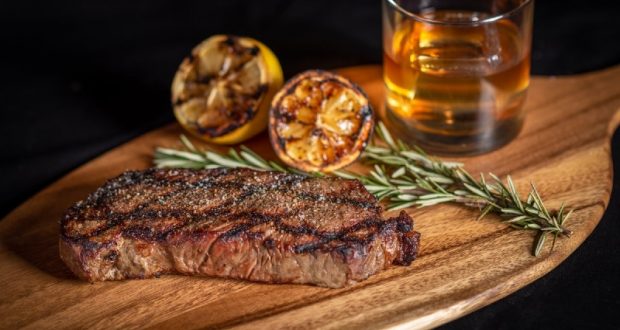 The Finer Things in Life and the Talmud

Posted by: Gil Student in From The Hashkafah Files, Magazine, Musings, Posts May 9, 22 0

Is it proper to enjoy good food or should we avoid worldly pleasures and focus on spiritual success? The Talmud contains a plethora of seemingly contradictory indications on whether it is morally proper for a Torah scholar, someone striving for spiritual achievement, to eat good food. Rav Ya’akov Emden (Lechem Shamayim, Avos 6:4) attempts to resolve the different texts into a single, unified approach.

I. A Life of Pleasure or a Life of Abstention?

Reish Lakish (Berakhos 63b) says that Torah is only sustained by those who “kill” themselves over it, who deny themselves pleasure and toil in Torah. Rav Huna (Eruvin 54a) says that your Torah is sustained if you eat like an animal, which Rashi explains means you eat it plain without concern for seasoning or taste in general. There are many similar passages that imply that in order to succeed as a Torah scholar, you must pay no attention to the pleasures of eating. Rather, you should eat “bread with salt” (Avos 6:4), plain food.

On the other hand, Rava once asked Rav Nachman a complicated question (Bava Kamma 72a). Rav Nachman answered him but the next morning retracted. He said apologetically that he had not eaten ox meat the previous day and therefore could not concentrate and gave a wrong answer. Similarly, Rav Nachman said (Eruvin 64a) that until he drinks a quarter-log of wine, his mind isn’t clear. If the proper path to Torah is eating bread with salt and drinking water, how could Rav Nachman say that he needed meat and wine to learn properly?

The Gemara (Kesubos 62a) refers to the pampered men of the west/Israel (mefankei de-ma’arava) who were obligated to fulfill the marital mitzvah of onah daily. Rashi explains that they enjoyed good food and drink, and therefore were healthy and strong. R. Berachya (Yoma 71a) says that someone who wants to bring sacrifices and offer libations in the Temple should fill the throats of Torah scholars with wine. Why are Torah scholars drinking so much wine?

When specific Torah scholars were exposed to the fruits of Ginosar (Berakhos 44a), they could not stop eating. For example, Rav Ami and Rav Asi ate until their hair fell out. Reish Lakish are until he became confused. R. Yochanan had to ask for someone to call the authorities to take him away because he could not stop eating the delicious fruits.

Torah scholars are supposed to live a life of discomfort (“chayei tza’ar”; Avos 6:4). Yet Rava (Eruvin 65a) says that he is so sensitive to discomfort that if he is bitten by a louse, he cannot learn the rest of that day. Mar, the son of Ravina, was similarly sensitive and therefore his mother prepared him seven garments for each week so he would avoid lice. This does not sound like a life of minimal comforts and pleasures.

II. A Life of Focus

Rav Emden says that the Sages cannot be stating that a poor Torah scholar must live simply because that is obvious — it is all he can afford. And if you can afford fine food, eat it so that you have the strength to study Torah. If you grow up eating fancy food, then that is what you are used to. If you stop eating your regular foods, you will become unsatisfied and not be able to learn Torah to your maximum ability. Rav said to Rav Hamnuna (Eruvin 54a), “If you have money, treat yourself well because there is no pleasure in the afterlife and death comes quickly.”

In other words, you are not expected to live below your means. You should live a life of focus on Torah. In order to do so, you should eat as well as you can so you have strength to learn Torah. Those who can afford better foods, should eat better foods. Those who cannot afford as much, should eat according to their means. The Gemara (Ta’anis 11a-b) asks whether, according to R. Elazar, someone who refrains from enjoying pleasure is considered holy or sinful. The Gemara answers that someone who is able to refrain and does so is considered holy, i.e. if he is not used to pleasures and refraining from them does not distract him from what is important, then he should do so. But someone who is not able to refrain and nevertheless does so is considered a sinner. Rav Emden says that the only time you are allowed to engage in ascetic practices is out of repentance for misdeeds.

This comes with an important caveat. There are spiritual dangers associated with enjoying this-worldly pleasures. The race for fine foods takes away our precious time. The enjoyment of food and drink sparks certain temptations. If you stop chasing your desires, even (especially?) if you can afford them, you acquire true freedom and wealth — of a spiritual nature. R. Elazar Ben Charsum (Yoma 35b) inherited a thousand villages and a thousand boats yet he would carry a sack of flour from city to city in order to study Torah. He wanted to be free of his desires in order to pursue spiritual goals. Additionally, if you are accustomed to fine foods, you have to support that habit. This means you have to spend time earning enough money and, if you lose your fortune, you cease being able to learn Torah. There is value in needing little because then you can easily continue your life without worrying about money.

Because of these concerns, Rav Emden encourages you not to become too accustomed to the finer things in life. It is fine to indulge on occasion but if you become habituated in that lifestyle, you will spend too much time on it and will suffer if it ever ends. But it is not forbidden and therefore if you need to eat fine foods for health purposes or in order to remain strong so you can learn Torah, then it is proper to do so.

That was the proper attitude in Talmudic times. However, we live in spiritually impoverished times. We are weaker than earlier generations, says Rav Emden in the eighteenth century. We need to eat meat and other fine foods in order to feel healthy and function properly. R. Elazar Ben Azaria (Chullin 84a) advised everyone to buy food according to what they can afford, and if they cannot afford much to delay their main meals until Shabbos. Rav Nachman said that this was proper in earlier generations but in his weaker generation, people need to borrow in order to eat immediately. In our times, we are weaker than earlier generations and need to eat fine foods and enjoy basic this-worldly pleasures.

And yet, Rav Emden cautions, we still need to be careful of the dangers of consumption. Each individual must take care that this not become part of his nature, something that he cannot give up if the need arises. If you have money, treat yourself well — on occasion but not constantly, so it is an unusual pleasure and not a recurring need. We can occasionally indulge our desires in permitted pleasures but we have to take care not to become slaves to our desires.