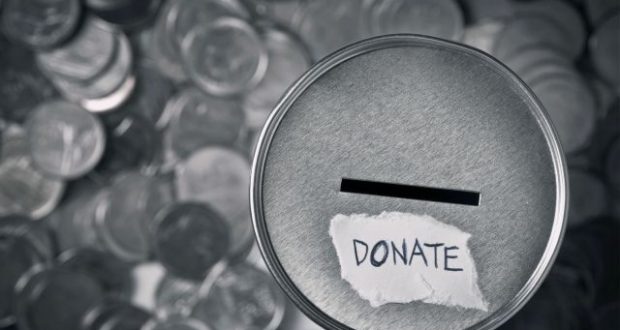 Many people in the Jewish community have achieved varieties of financial success, allowing them the privilege of supporting many charities. This raises questions of communal and philanthropic priorities. Others have limited charity funds but still want to allocate them effectively. The issue is a blessing but also a complex problem, with multiple angles. Rav Hershel Schachter discussed this with me a few years ago in Jewish Action. I would like to explore a specific subject that I have seen discussed in the responsa literature — what is the best charity if you have to choose only one?

In mid-sixteenth century Turkey, a wealthy man passed away without leaving instructions for the disposal of his charity funds. The local rabbis decided that some of that charity money should be given to the deceased’s poor brother but the sons of the deceased objected that they should inherit the money and decide what to do with it. The question was brought to the Maharshdam, Rav Shmuel Di Medina of Salonica (Responsa Maharshdam, Yoreh De’ah 158).

Maharshdam says that we have to try to determine the deceased’s desires for the charity fund. Since in this case we do not know his intentions, we should give the money to the highest level of charity. The Tur (Yoreh De’ah 259) quotes his father, the Rosh, as saying that a town may reallocate to a study hall money that was donated to a synagogue or cemetery. Maharshdam argues that if in a case in which we know with certainty that the donor intended for the money to go to a synagogue we can use it for a study hall, then certainly when we do not know the donor’s intention we can use the money to support Torah study. If we give the money to a lesser charity, we risk misusing the donation.

The question then becomes which Torah study organization receives higher priority. Maharshdam quotes the Gemara (Shabbos 119b) that the world survives because of the Torah study of children, who due to their age are free of responsibility from sin. Additionally, more people doing a mitzvah together has greater merit than fewer people. Therefore, concludes Maharshdam, the money should be given to ththe highest charity — a large elementary school.

Similarly, Rav Ephraim Navon in early eighteenth century Turkey addresses a related question (Machaneh Ephraim (Hilkhos Tzedakah 11). A man donated money to establish in a small town a part-time kollel of ten men studying Torah. However, the town could not find ten men willing to enroll. The donor wished to change the endowment from a kollel to a full-time elementary school teacher. Rav Navon permitted this reallocation for technical reasons but adds that this new purpose is higher than the original because the Torah study of children sustains the world.

However, Rav Yosef Raphael Chazzan challenges this argument (Ma’arkhei Lev vol. 1 no. 25). He quotes the Gemara (Berakhos 8a) which states that nowadays God only has the four cubits of halakhah. Therefore, He loves the distinguished gates of halakhah more than all the synagogues and other study halls. According to this passage, high-level Torah study merits higher priority than any other study. This seems to contradict the earlier passage, which gives priority to children’s Torah study.

This question gains greater strength when we note that the priority of high-level Torah has practical implications. Rambam (Mishneh Torah, Hilkhos Tefillah 8:3) rules, based on the above Gemara, that it is better to pray in a study hall than a synagogue. Shulchan Arukh (Orach Chaim 90:18) rules likewise. Since the two passages seem to contradict and the latter is quoted authoritatively, it would seem that an elementary school should not be given priority over adult Torah study.

Rav Chaim Palaggi (Chaim Be-Yad nos. 64-65) favors the interpretation of Rav Chazzan. However, he struggles with the many authorities who side with the Maharshdam. Rather than taking a minority view against the majority, in an impressive act of intellectual humility Rav Palaggi adopts a middle position that gives due weight to the majority with which he disagrees.

Perhaps a reconciliation of the two passages lies in the Rambam’s interpretation. Rav Chazzan and Rav Palaggi follow Maharsha’s interpretation that the Gemara is praising high-level study of halakhah. In the introduction to his commentary to the Mishnah (ed. Kafach, vol. 1, p. 21), Rambam sees the passage about the four cubits of halakhah as a general declaration about the uniqueness of true loyalty to the letter and spirit of halakhah. Synagogues and study halls may be full of people studying Torah but not enough of those students apply these teachings properly to develop a faithful Torah personality. Only someone who internalizes the messages of halakhah can reach out fully to God.

If this is correct, the highest charity would be an elementary school that emphasizes proper behavior and attitudes, a mussar-focused cheder that directs pure children on the proper path.