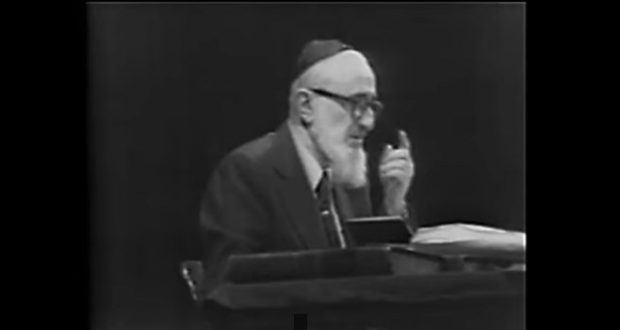 In honor of the tenth anniversary of the establishment of the State of Israel, Rav Joseph B. Soloveitchik spoke at the Moriah shul in Manhattan. Among his comments, he argues against an anti-Zionist position. Initially I had suspected that he was referring to Va-Yoe’l Moshe by Rav Yoel Teitelbaum but that could not have been the case because the book would not be published until 1961. The lecture is in Yiddish with English subtitles.