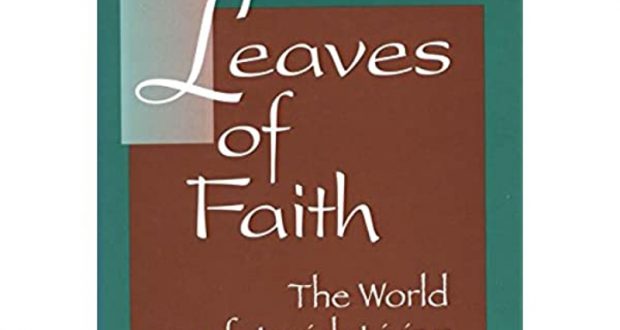 In the past, we have seen that Rav Moshe Feinstein, Rav Ya’akov Kamenetsky and Rav Joseph B. Soloveitchik, in different contexts, have referred to abortion as “murder.” We have also seen the public policy concerns of Rav Immanuel Jakobovits and Rav Jonathan Sacks. I would like here to explore the written views of Rav Aharon Lichtenstein, who testified before a Knesset committee exploring the issue of abortion. This testimony was later published in Hebrew and then translated into English, appearing in the journal Tradition (25:4) and Rav Lichtenstein’s Leaves of Faith, volume 2: The World of Jewish Living (ch. 11; page numbers below follow this book). While Rav Lichtenstein surveys a number of different approaches to the issue, he offers his own view. I would like here to focus on his own view, as expressed in this testimony as well as in another essay. I am sure he spoke about this issue and offered practical guidance on many other occasions. When thinking about public policy, I believe much greater emphasis must be placed on his published thoughts, particularly those offered in testimony to a Knesset committee considering public policy.

Rav Lichtenstein points out that some believe that abortion is only rabbinically prohibited. He argues that “this view should not be accorded serious weight” (p. 242). Rather, it is certainly biblically prohibited. Rav Lichtenstein offers four possible biblical prohibitions under which abortion might fall: 1) Homicide, 2) Ancillary to Homicide, 3) Tort (injury), 4) Preserving Life. However, Rav Lichtenstein believes that the most correct explanation is that abortion constitutes murder — “I definitely favor the first possibility” (p. 243) based on a Talmudic prooftext (Sanhedrin 57b) codified by Maimonides (Mishneh Torah, Hilkhos Melakhim 9:4).

Rav Lichtenstein proceeds to qualify this statement. He believes that abortion is only murder late in the pregnancy, “practically speaking, more or less the last trimester” (p. 244). According to this view, abortion within the first 40 days might not be prohibited at all — “it is still an open question” (p. 246). In between the 40 day mark and the last trimester, “abortion would clearly be prohibited” (ibid.) but with a prohibition less severe than murder — either Ancillary to Homicide (#2 above) or Tort (#3). While in the first 40 days, there is room to allow abortion for psychological-social reasons, after 40 days “there is little latitude to permit abortions for psychological-social reasons” (ibid.).

It is clear from Rav Lichtenstein’s testimony to Knesset that he considers third-trimester abortion to constitute murder. He also believes that abortions after the first 40 days are only permissible under specific, highly limited medical conditions. Of course, every case is different and requires consultation. However, this teaching can guide us in general attitudes to abortion.

Rav Lichtenstein ends his testimony by saying that while his views may be considered stringent compared to those prevalent in the Western world, he does not apologize for it. A permissive view may appear liberal from the perspective of the pregnant woman but it comes at the expense of the fetus and the values of loving kindness and mercy. We obey this halakhah not only out of honor of God but also out of honor to humanity, “the humane and ethical element that insists on the preservation of human dignity and concern for human welfare… Halakhah loved not the parents less, but the child more” (p. 252).

But what about a woman’s ownership over her own body? In a later essay (“To Cultivate and to Guard: The Universal Duties of Mankind” in By His Light: Character and Values in the Service of God, ch. 1), Rav Lichtenstein refers back to his testimony and addresses this specific issue. He writes: “[L]eaving aside the significant question of whether it is the woman’s body only or whether the fetus has some rights as well, there is a more fundamental problem. Even if we were to accept that indeed it is the woman’s own body, we totally reject the conception that she can do with it as she pleases. This is a completely anti-halakhic perception. It rests in a secular assumption that, as it were, ‘My Nile is my own; I made it for myself’ (Eze. 29:3), as if we are the source of our own existence and therefore masters of our own being. This is assuredly not the case. In absolutely terms, a person does not own himself” (p. 6).

Previous: Loving Your Neighbor While Standing on One Foot
Next: Kedoshim: Third Aliyah