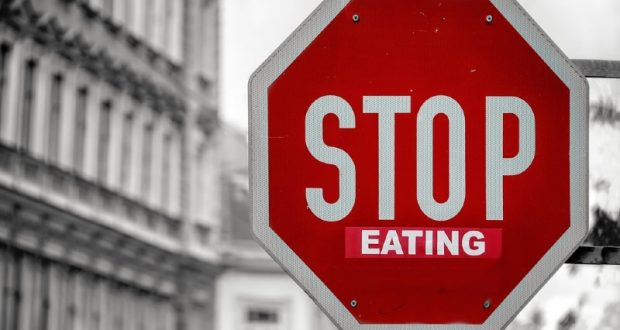 Question: When we make early Shabbat, is it better, when nighttime falls, to recite Kri’at Shema and sefirat ha’omer during the meal or to wait until after the meal?

Answer: We will be assuming you were correct in starting the meal. To make that clear cut, you should have started the meal at least a half-hour before the optimal time for these recitations, which is tzeit hakochavim (Mishna Berura 267:6 regarding Kri’at Shema; ibid. 489:23 regarding sefirat ha’omer). Grounds for leniency to start eating after this point are beyond our present scope (see discussion in Piskei Teshuvot 489:16).

The mishna (Shabbat 9b) says that we interrupt certain activities, including eating, in order to recite Kri’at Shema, but do not interrupt for tefilla, as only Kri’at Shema is a Torah-level obligation (Rashi ad loc.). The above refers to a case where he started when he should not have, but if he started early enough before the time for Kri’at Shema, he is not required to interrupt the meal (Shulchan Aruch, Orach Chayim 235:2, see Mishna Berura ad loc. 21).

When it is not required to interrupt, is it positive to do so anyway? The Yerushalmi (Shabbat 1:2) says regarding one who is not required to interrupt eating for Mincha, that if he voluntarily interrupts, we call him a hedyot (simpleton), like others who do things from which they are exempt. Many explanations are given as to why it might be objectionable to “go the extra mile” – it may be haughtiness, it can reflect poorly on those who follow the halacha as given, it can distort the true halacha (see opinions in Encyclopedia Talmudit, entry “Kol hapatur min hadavar v’oseihu”). This rule appears at odds with the common halachic rule that one who is more machmir than he needs to be is lauded as worthy of blessing, and many attempts are made to distinguish between various cases. Regarding the case of Mincha, which the Yerushalmi addressed, while some say that one who is unnecessarily stringent is called a hedyot (Magen Avraham 232:9), others question whether this is accepted (Be’ur Halacha to 232:2; see Divrei Yissachar 18). Regarding voluntarily stopping the meal for the generally more stringent Kri’at Shema and sefirat ha’omer, none of the major commentators raises the prospect of calling him a hedyot.

There may be reasons to prefer a voluntary interruption of the meal specifically for sefirat ha’omer. We have seen already the idea that sefirat ha’omer is fulfilled with relative ease, as it does not require much of a break. Additionally, there is special importance to the concern that if he forgets to recite sefirat ha’omer that day, it might disqualify the entire mitzva (see Noda B’yehuda I, OC 27). On the other hand, the Sha’agat Aryeh (22) says that on Shabbat, when one is in the midst of a mandatory full meal, the obligation of Birkat Hamazon (50 + times a year) is more frequent (tadir) than sefirat ha’omer (49 times a year), which gives the former precedence regarding order. (It is unclear if this applies if one does not plan to bentch until much later). In this regard, Kri’at Shema is more common, and therefore has preference over both (ibid.).

In summation, there is nothing halachically compelling about either reciting Kri’at Shema and sefirat ha’omer as soon as possible or waiting until the end of the meal. Therefore, the most important determinant is what system works best so that you do not forget to do all the mitzvot sometime during the evening.