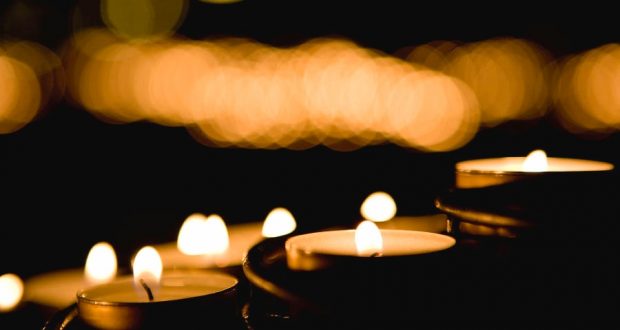 Question: I read that one should not throw directly into the garbage mitzva-related objects. Should I wrap in plastic the leftover shell and wax residue from “tea light” Shabbat candles?

Answer: [We have discussed questions about respect for objects involved in mitzvot (tzitzit, netilat yadayim cups, a “yad”), and so relying on electronic access, we will go light on sources. The fact that the question never dawned upon me intrigued and pushed me to seek logical guidelines.]

The gemara (Megilla 26b) says that while tashmishei kedusha (objects related to holy texts) require geniza, tashmishei mitzva (used to facilitate mitzvot, e.g., sukka, lulav, shofar, and tzitzit) may be thrown away. Authorities posit that one may not disgrace the latter (see Orach Chayim 21 regarding tzitzit), and sources make gradations in restrictions based on level of linkage to the mitzva (e.g., tzitzit and schach > tzitzit garment and sukka walls, respectively) and levels of disgrace (use with filth > throwing in the garbage > leaving unattended outside).

Oil left in a Chanuka ner sometimes must be burnt without benefit (see Shulchan Aruch, OC 677:4). This limitation is because of muktzeh (set aside) for a mitzva and does not apply to Shabbat candles, which calls for it being used for human needs (Tosafot, Shabbat 44a). There is a machloket among contemporary poskim whether Shabbat oil leftovers may be disgraced, including throwing them directly into the garbage, (see opinions cited in Ginzei Hakodesh 19:12). (All the above refers to a significant amount of leftover, not negligible residue, as we distinguish regarding kedushat shvi’it leftovers.) We refer to a thesis we raised (this column, Shelach 81) that throwing things in a normal home garbage is not as degrading as throwing into a garbage dump of old.

A tea light shell is not a producer of a mitzva flame, but just something that held it. This makes it a tashmish d’tashmish mitzva, the lowest of the Pri Megadim’s (153, MZ 15) six categories of special objects, for which he provides no halachot. Therefore, it is not surprising that regarding a simple glass cup holding oil/candle for Shabbat lights, the standard opinion is that one may discard it as he likes (Ginzei Hakodesh 19:13).

However, Ginzei Hakodesh (16:(16)) cites an interesting principle from Rav Elyashiv. When an object is clearly related to a mitzva per se (not just a good practice, e.g., a kipa), it should be discarded respectfully. Using regular halachic rules, a chanukiya or Shabbat candlestick could be more lenient than the glass cup sitting on it, as it is one step further removed from the mitzva. But one can (even though it probably is unnecessary) accept this stringency and still not have qualms about the tea lights. On technical grounds, tea lights are used throughout the world for many other purposes than Shabbat candles, so its connection might not be as clear. However, there is a more fundamental distinction. The clear connection to a mitzva makes sense not because someone can guess what it was used for (the user is himself aware), but it is a matter of association.  We and/or society closely associate certain objects with a mitzva. You will find candlesticks/chanukiyot in Jewish museums and kids’ mitzva games, not oil cups. An object that would cause a nostalgic person to feel loss when throwing out should be disposed of carefully when its nostalgia is connected to a mitzva. While higher levels on the kedusha “totem pole” follow objective halachic criteria, a tashmish d’tashmish mitzva gets special treatment only when it subjectively deserves it. A normal person disposes of flimsy, disposable tea light shells without sentiment, and therefore there are no limitations. The factors that caused me to not think of your question are likely reason for it being permitted

While we are not generally against personal chumrot, unnecessary ones involving regular use of plastic are not positive “chasidut,” as the Orthodox Jewish community must embrace civic and global environmental responsibility.