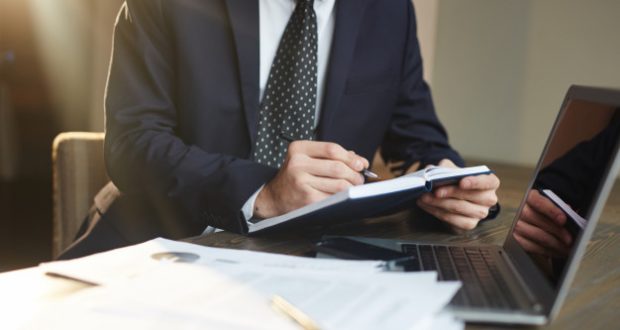 Who Has to Work?

Posted by: Gil Student in From The Hashkafah Files, Magazine, Musings, Posts Apr 25, 22 0

One of the iconic debates of the Talmud is about how — or whether — to balance earning a living with learning Torah. However, this debate contradicts an earlier discussion. The resolution of this contradiction yields differing outcomes on the proper balance of work and study.

I. Who Must Gather Crops?

R. Shimon Bar Yochai counters that someone might end up working all the time, due to constant business needs. What, then, will become of the Torah? Rather, he contrasts the verse that strangers will feed your flocks (Isa. 61:5) and the verse that you will gather your crops (Deut. 11:14). Will you do your own work or will strangers do your work for you? When you fulfill the divine will, you can learn Torah and strangers will support you. When you do not fulfill the divine will, you have to do the work yourself.

Tosafos (ad loc., s.v. kan) point out that earlier R. Chanina Bar Pappa offered a contradictory understanding. He contrasted the verse that God will take His grain (Hosea 2:11) with the verse that you will gather your crops (Deut. 11:14). To whom do the crops belong? He answers that when we fulfill the divine will, the crops belong to us. When we do not, God will take the crops from us. According to R. Chanina Bar Pappa, the verse that we will gather our crops refers to a situation in which we fulfill the divine will. But, we saw above that according to R. Shimon Bar Yochai, that specific verse refers to a situation in which we do not fulfill the divine will. How can the same verse refer to opposite situations? Additionally, others point out that the previous verse says: “It shall happen, if you shall listen diligently to my commandments…” (Deut. 11:13). How can this be referring to someone who does not follow the divine will?

II. Fulfilling the Divine Will

There are three main approaches to answering this question and reconciling the different readings. 1) The first is offered by Tosafos, although the meaning of each Tosafos’ two explanations is somewhat difficult. Rav Shmuel De Medina (Maharshdam, 16th cen., Greece; Responsa 1:31) explains that according to Tosafos, the Gemara discusses three types of people — wicked, righteous and in-between (beinonim). These are categories familiar to us from Rosh Hashanah judgment (Rosh Hashanah 16b). For someone wicked, the crops belong to God. For someone in-between, the crops belong to you but you have to work for it. For someone righteous, God will provide for you. R. Chanina Bar Pappa is speaking of someone in-between who is righteous in comparison to someone wicked and R. Shimon Bar Yochai is speaking of someone in-between who is wicked in comparison to someone righteous. (Ritva, Berakhos, ad loc., s.v. u-vi-zman, explains similarly.)[1]I simplified this because Tosafos really have two explanations. See the Maharshdam inside.

2) Rav Ya’akov Lorberbaum of Lissa (19th cen., Poland; Nachalas Ya’akov, Deut. 11:14) distinguishes between communal judgment and individual judgment. On the one hand, the community (and nation and world) is judged as a group. On the other hand, everyone is judged as an individual. Your ultimate judgment is a combination of these different factors. When the community in general follows the divine will, then even someone who personally does not do so still receives some benefit. R. Shimon Bar Yochai discusses such a scenario. Therefore, even someone who is not personally righteous is able to gather his own crops because he is raised by the high tide of overall merit. R. Chanina Bar Pappa discusses a case in which the community in general is not so righteous. In such a scenario, someone who fulfills the divine will is rewarded with crops but he has to gather them himself. (See also Rav Yoshiyahu Pinto (17th cen., Syria), Chiddushei Ha-Rip, Ein Ya’akov, Berakhos 35b.)

3) Rav Ya’akov Reischer (18th cen., Poland; Iyun Ya’akov, Berakhos 35b) distinguishes between two types of righteous people — those who are Torah scholars and those who busy themselves with good deeds. If you are righteous and fulfill the divine will by engaging in intensive Torah study, then your work will be done by others. But if you are righteous and involved in the world in general, then you have to gather your crops yourself. According to R. Shimon Bar Yochai, the righteous non-scholar is considered (relatively speaking) not fulfilling the divine will and according to R. Chanina Bar Pappa, this same person is considered fulfilling the divine will. (See also Rav Ya’akov Emden (18th cen., Germany), Glosses, Berakhos, ad loc.; Rav Chaim Volozhiner (19th cen., Russia), Nefesh Ha-Chaim 1:8.)

Note that this all flows within the view of R. Shimon Bar Yochai. R. Yishmael would say that everyone must work, even the most righteous, and the flow of the Gemara seems to imply that the general public should follow R. Yishmael. But even according to R. Shimon Bar Yochai, there are varying explanations of who may study Torah and rely on divine support.