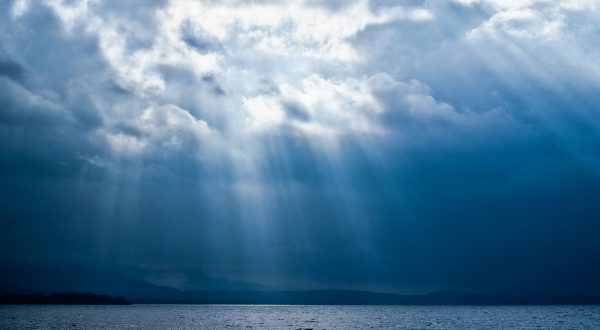 What Was in the Heavenly Torah?

Posted by: Gil Student in From The Hashkafah Files, Magazine, Musings, Posts Apr 14, 22 0

How and when was the Torah composed? In a footnote to an addendum to volume 23 of Torah Shelemah (p. 146), Rav Menachem Kasher writes that he has in front of him a 440-page book published in 1965 that addresses at length the rabbinic passages on this subject. Without question, he is referring to Prof. Abraham Joshua Heschel’s second volume of Torah Min Ha-Shamayim Be-Aspaklaria Shel Ha-Doros, which was published by Soncino in 1965 and has 440 pages. Rav Kasher proceeds to critique a number of readings within the book and then takes aim at one specific claim. In chapter 14 (the order of the writing of the Torah), Prof. Heschel claims that Ramban believes the entire text of the Pentateuch existed in heaven before Creation, written in black fire on white fire. According to Ramban, in this reading, Moshe ascended to Heaven and copied the text from the Heavenly Torah. He contrasts that with the view of Rambam, that God dictated the text to Moshe. According to Rambam (Maimonides), the Torah was dictated. According to Ramban (Nachmanides), the Torah was copied from Heaven.

As I discuss in my essay in the recent book, The Revelation at Sinai: What Does “Torah” from Heaven Mean?, Rav Kasher believes that Ramban was speaking figuratively. There was some sort of pre-Creation Torah that was written, so to speak, in black fire on white fire. Moshe wrote the Torah as a scribe, a third person taking dictation without interjecting his own thoughts, like someone who copied a text from an ancient book — but not literally someone who did so. This is all resolved with proper punctuation. Indeed, Rav Charles Chavel’s English translation of Ramban’s commentary follows this reading: “It has been transmitted to us by tradition that it [the Torah] was written with letters of black fire upon a background of white fire. Thus, Moses was like a scribe who copied from an ancient book, and thus wrote anonymously.” He does not have it as one sentence, as Prof. Heschel does, which would combine the ideas and have Moshe copying from the Torah of heavenly fire. Rather, they are two separate ideas. There was a fiery Torah in Heaven and, separately, when God dictated the Torah, Moshe was like a scribe copying from a book without any of his own input.

This reading is the most plausible way to understand a responsum of Ramban’s descendant, Rav Shlomo Ben Shimon Duran (Rashbash, 15th cen., Algeria; Responsa, no. 21). Rashbash writes that Moshe composed the book of Deuteronomy on his own. Later, God approved the text and dictated it back to Moshe, thereby including it in the Torah. In that very paragraph, Rashbash says that Moshe wrote like a copyist, as Ramban explains in his introduction to the Torah. If the entire text of the Torah had existed in Heaven before Creation, and Moshe merely copied it, how could Moshe have composed the book of Deuteronomy? While invoking Ramban’s introduction, Rashbash says that Moshe did not copy a Heavenly Torah but rather took dictation from God.

I bring this up now because I came across a source that both Rav Kasher and Prof. Heschel missed. Rav Moshe Ben Eliyahu of Lublin was born in 18th century Poland and moved to Israel with his father, the famous author of Responsa Yad Eliyahu. In 1747, Rav Moshe published a three-part book titled Pirchei Shoshanim, recently republished by Zichron Aharon together with Responsa Maharam Ziskind and Responsa Yad Elihayu. The first section contains his novellae on many Talmudic tractates. The second, titled Shoshanah Adumah, focuses on tractate Niddah. The third section, titled Lechem Min Ha-Shamayim, includes his insights into the first few Torah readings. In his introduction to Lechem Min Ha-Shamayim, Rav Moshe Ben Eliyahu asks what Ramban means by saying that there was a Heavenly Torah before Creation, written in black fire on white fire. Obviously, he says, the stories about the patriarchs and the tribes, the golden calf and Moshe’s prayer, the rebuke and advice of Deuteronomy, none of that could have been written (“peshitah she-lo ya’aleh al lev she-kol ha-inyanim hayu nikhtavim mi-kodem”). If so, what was in that Heavenly Torah?

Rather, says Rav Moshe Ben Eliyahu, the Heavenly Torah contained a circular string of letters without beginning or spaces. The string could be started at any point and letters could be broken into words at any point and combined in any way, thereby allowing an almost infinite number of possible texts that could emerge from it. This was the Heavenly Torah, full of depth and wisdom. Ultimately, God separated and combined those letters into the Torah He dictated to Moshe. But, according to one Talmudic opinion, the final eight verses were given to Moshe while still mixed up, as a string of letters out of order, so that Moshe could not understand them. God dictated them; Moshe wrote them; Yehoshua unraveled them and placed them in order.

With this, Rav Moshe Ben Eliyahu of Lublin and Chevron precedes Rav Kasher in his reading of Ramban’s introduction to the Torah. The text we have of the Torah did not exist before Creation because the people were not yet born, had not yet lived their lives, had not made their own stories. Even according to Ramban, the Torah was dictated, not copied.