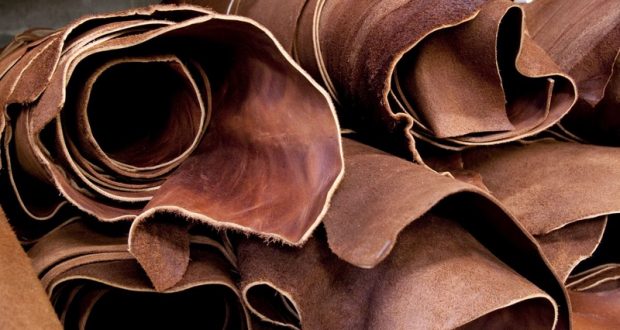 What seems immoral to one generation may seem moral, even patriotic or respectful, to another. On the one hand, that makes Torah guidance even more important. On the other hand, it emphasizes the need to prioritize and compartmentalize judgments. How objectionable is an activity that the Torah rejects and general society accepts? People need to earn a living, sometimes desperately. Even if something is forbidden, there might be room for leniency to buy and sell on behalf of those who are not obligated in the Torah. Even if something is not something we should do, we might still be able to benefit from it if others do it and it is mainstream practice in general society.

The Gemara (Niddah 55a) says that the Sages instituted rabbinic impurity on human skin. A human body is biblically impure. Certain parts of the body, when detached, lack that impurity — such as teeth, hair and skin. However, the Sages enacted rabbinic impurity on skin so that Jews would not use their deceased parents’ skins in memorial items. Commentators discuss whether that means chairs with human skin seats and backs or framed memorials hanging on walls. Apparently, that was a common practice among gentiles and the Sages worried that Jews might imitate it. They instituted impurity on the skin to prevent it.

Tosafos (ad loc., s.v. shema) ask why the Sages needed to institute rabbinic impurity. The Gemara (Avodah Zarah 29b) derives a biblical prohibition to benefit from a corpse from a comparison (gezeirah shavah) to Miriam’s death (Num. 20:1) from the broken calf (eglah arufah; Deut. 21:4), from which it is also prohibited to benefit. If so, a rabbinic impurity is superfluous because the skin is already forbidden. Tosafos offer two answers, with important practical differences. The first answer is that for psychological reasons, people in those times took impurity more seriously than prohibitions. Yes, the skin is forbidden but that prohibition might not stop people while impurity would. The second answer is that while a corpse’s flesh is forbidden from benefit, its detached skin is not. Therefore, the Sages had to add a rabbinic impurity to prevent people from improperly using skin.

So far, we have been discussing deriving benefit from detached human skin — which is debatable — and assumed that eating it is forbidden. This is unanimously agreed with one exceptional case, which became very challenging. Rav David Ibn Zimra (Radbaz, 16th cen., Egypt; Responsa 3:549) discusses medicine made from mummies, i.e. corpses that are wrapped and treated with chemicals. Radbaz says that because the skin has decomposed and essentially turned into ash, it has changed so much that it is no longer forbidden to eat. However, it still should be forbidden from benefit even after decomposition (which effectively includes a prohibition to eat, which is a form of benefit). Does this also apply to medicine derived from human remains? Radbaz argues that taking medicine is considered an abnormal form of benefit (she-lo ke-derekh hana’aso) and therefore is permitted.

Rav Yehudah Rosannes (18th cen., Turkey; Mishneh La-Melekh, Hilkhos Avel 14:21) addresses the mummy medicine question, as well. Tosafos have two views whether you can benefit from detached human skin of someone deceased. Rav Rosannes discusses whether this applies to gentiles, as well. The Gemara derives a prohibition to benefit from the deceased from eglah arufah to Miriam, who was Jewish. Does it apply to gentiles? He sees three views among Medieval commentators: 1) it is forbidden to derive benefit (Rashba, Ritva, Re’ah), 2) it is permitted (Yere’im), 3) it is questionable whether it is permitted (Ramban). Significantly, Rav Rosannes quotes Tosafos (Bava Kamma 10a, s.v. she-ha-shor) who ask why the Torah needs to imply that the corpse of a person who falls into a pit and dies does not belong to the pit owner (as opposed to an animal). After all, a corpse is forbidden from benefit anyway. Tosafos answer that this is necessary because of a slave or gentile owned by a Jew, whose corpse would otherwise be permissible for benefit except that a pit owner lacks that right. It seems that Tosafos fall into category 2 above and permit a gentile’s corpse for benefit. This view would allow the use of mummy medicine, even without Radbaz’s argument that this is an abnormal benefit. After much discussion and many prooftexts, Rav Rosannes leaves the view that forbids benefit as difficult. Later commentators question some of Rav Rosannes’s readings, in particular of Ramban. Indeed, Ramban’s descendant, Rav Shlomo Ben Shimon Duran (Rashbash, 15th cen., Algeria; Responsa, no. 518) quotes his ancestor as explicitly permitting benefit.

Quite significantly, Rav Yosef Karo (16th cen., Israel; Shulchan Arukh, Yoreh De’ah 349:1) says explicitly that both Jewish and gentile corpses are forbidden from benefit. This unambiguous ruling poses a significant challenge to those who would be lenient. In order to deviate from an explicit ruling of the Shulchan Arukh, authorities have to bring strong proofs to the contrary. Presumably, that is part of the reason that Rav Rosannes works so hard to show the complexity of the issue.

Rav Menachem Krochmal (17th cen., Czech; Responsa Tzemach Tzedek, no. 13) discusses a belt made of human skin that was believed to have medicinal value. He argues strongly that Tosafos believe that human skin from anyone — Jew or gentile — is forbidden from benefit. However, for medical purposes it is allowed. In a marginal note, his son points to the Tosafos (Bava Kamma, ibid.) that Rav Rosannes quotes, which seems a counterproof to Rav Krochmal’s view.

Rav Ya’akov Reischer (18th cen., Poland; Shevus Ya’akov 1:89) witnessed the Polish king winning a decisive war, perhaps the Polish civil war. To celebrate the victory, Poles took the skin off dead enemy soldiers and tanned them like animal hides. Rav Reischer asked whether Jews are allowed to trade in items made from this skin. If detached human skins are forbidden from benefit, then Jews would not be allowed to trade in these items. Even though these were war memorabilia, the Jews would have to appear unpatriotic and refrain from buying and selling them. Rav Reischer points to the Tosafos (Bava Kamma, ibid.) and highlights their reference to a slave or gentile owned by a Jew. Even though normally a Jewish or gentile corpse is forbidden from benefit, if you owned the deceased then you are allowed to benefit from his corpse. Therefore, argues Rav Reischer, prisoners of war are owned by their captors and their corpses are permitted for benefit.

Rav Chaim Yosef David Azulai (Chida, 18th cen., Israel; Birkei Yosef, Yoreh De’ah 349:1) disagrees with Rav Reischer. What does it matter whether you own a slave? Once he is dead, he is free from your ownership. Rather, argues Chida, most authorities believe that it is permitted to benefit from a gentile corpse and therefore Jews would be allowed, in theory, to take these widely used medicines.

This is only a light sampling of some discussions on this topic. Authorities spend much time addressing it because Shulchan Arukh forbids it. The issues of medicines and mainstream secular practices make the subject pressing. In the 19th century, we find authorities discussing the application of this subject to women’s wigs, which at the time were made from hair cut from dead women. While these wigs were socially acceptable and widely available, the question arose whether Jewish women are allowed to use such wigs. Rav Moshe Schick (Maharam Schick, 19th cen., Hungary; Responsa, Yoreh De’ah 349), one authority who addresses question, permits women to wear such wigs.