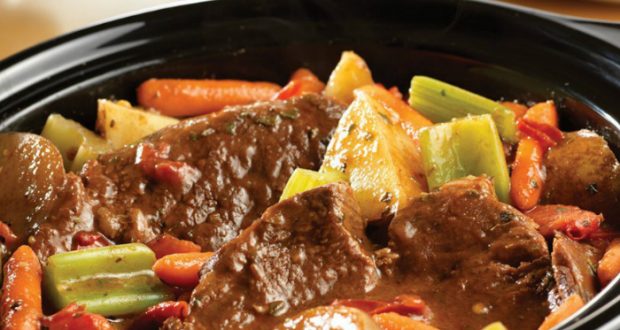 The laws of kashrus are simple to observe in general but extremely complicated in specifics. That is why you ask your rabbi when you have a question. What if someone renders your food non-kosher? You are cooking a meat meal and someone pours milk into it, rendering it completely forbidden. You must throw the food out and kasher the pot. Can you sue that person for damages?

The Mishnah (Gittin 52b) lists three similar cases in which the person who causes damage is obligated to pay if he damages intentionally but not if he does it accidentally: Someone who 1) renders impure another person’s produce (so you cannot eat it pure), 2) mixes a regular crop with terumah (so only a kohen can eat it), 3) mixes regular wine with wine used for idolatrous libations (so all the wine is forbidden). In each case, the damage you cause is purely religious. From a physical perspective, there is nothing wrong with the food. The damage is real but invisible to the eye — hezek she-eino nikar.

According to the Gemara (ibid.), you are not biblically obligated to pay for this kind of damage. However, the Sages imposed a penalty. The Tosefta (Gittin 3:12), according to one version, explains that this penalty is for the sake of Tikkun Olam in its true sense — allowing for a well-functioning society. If anyone can destroy someone else’s food by rendering it non-kosher, we would allow mischievous people to cause financial damage without penalty. This rabbinic fine fills that loophole.

In the Gemara (ibid., 53a), Rav and Shmuel disagree whether this rabbinic penalty is a general rule or confined to these three cases, which may have been common problems in Mishnaic times. It is not clear which we follow. The Rambam (Mishneh Torah, Hilkhos Chovel U-Mazik 7:2) says:

“If a person causes food belonging to a colleague to be rendered ritually impure, he mixes produce together with produce that is terumah causing it to be considered dimu’a, he mixes a drop of wine that had been used for the sake of idolatry in a colleague’s wine, causing the entire quantity to be forbidden, or the like – the amount of the loss is evaluated, and the person who caused the loss is required to pay the entire damages from the finest property in his possession, as is the law regarding anyone who causes damages.”

We can deduce from the phrase “or the like” (ve-khen kol ka-yotzei ba-zeh) that Rambam believes the penalty applies to all hezek she-eino nikar. However, the Shakh (Choshen Mishpat 385:1) lists a number of authorities, including the Ramban, from whose words he deduces that they believe the penalty applies only to the three Talmudic cases. Be that as it may, everyone agrees that someone who accidentally causes hezek she-eino nikar is not required to pay a fine.

If causing food to become non-kosher constitutes hezek she-eino nikar, then someone who does so accidentally would be exempt from paying for the damage he caused. Rav Avraham Shmuel Binyamin Sofer (Responsa Kesav Sofer, Choshev Mishpat 26) addressed a question of some who intentionally threw a piece of non-kosher meat into someone else’s pot that was on a fire. Initially, Rav Sofer suggests that if the meat is a different type of food from what is cooking in the pot (eino mino) and the meat consists of more than 1/60th of the food in the pot, then the damage is real, visible, detectable. If you can taste it, then it is heizek nikar. Otherwise it is hezek she-eino nikar.

Rav Sofer then modifies this view based on Tosafos (Bava Basra 2b s.v. ve-chayav). Tosafos say that causing everything in a field to become kilayim by planting a vine there does not constitute hezek she-eino nikar because people can see the vine in the field. Even though the field’s product does not change visibly, the field itself has a visible change. In contrast, someone who renders food impure causes hezek she-eino nikar even if he introduces a visible insect onto the food. Even if you see the insect, you have to know that the food has been rendered susceptible to impurity through a gemar melakhah. Since knowing about the damage requires independent knowledge, the damage must be eino nikar.

Similarly, says Rav Sofer, if you throw meat into a pot, how can an observer know that the meat was non-kosher? Since recognizing the damage requires independent knowledge, it must constitute hezek she-eino nikar. However, if the meat is obviously non-kosher — it’s a piece of ham or bacon that is easily recognizable — then the damage is nikar. Therefore, someone who accidentally drops a piece of bacon into a pot of otherwise kosher food must pay for the damage he caused.

Rav Yitzchak Zilberstein (Chashukei Chemed, Avodah Zarah 59b) addresses the case of a new worker for a caterer who realized they were 5 chickens short of a large order for 500 meals. The enthusiastic worker went across the street and bought with his own money 5 chickens. While the additional chickens were supervised by an excellent kosher supervision agency, it is a different agency than the one that supervises the caterer. Due to agency rules, those 5 chickens cannot be served. The kosher supervisor (mashgiach) saw that the 5 chickens were already in the oven with the other 495. He realized that this was an accident so he did not recommend firing the worker. However, based on the rules of his agency, he had to instruct the worker to throw out all 500 chickens (presumably because the 5 chickens are a davar she-be-minyan).

Must the worker pay for the 495 of the caterer’s chickens that were discarded? The Shulchan Arukh (Choshen Mishpat 306:5) and Rema (ad loc.) rule that a shochet who renders an animal definitely non-kosher must pay for the damage he caused. However, if the animal is non-kosher out of doubt, then the shochet cannot be forced to pay. The Shakh (ad loc., 10) quotes the Terumas Ha-Deshen (1:186) who disagrees. Rav Zilberstein believes that the Terumas Ha-Deshen is correct in cases where a rule is firmly established in standard guidebooks, even if the rule was determined based on doubt. A shochet is negligent if he causes damage forbidden in standard guidebooks.

In the case of the caterer, the rule is clear and the worker should have known it. Although perhaps he can claim ignorance because was new. Regardless, adds Rav Zilberstein, the damage caused by the caterer’s worker constitutes hezek she-eino nikar. An observer cannot tell the difference between chickens under different kosher supervisions. Therefore, the worker is not liable to pay for the 495 chickens he caused to be discarded.