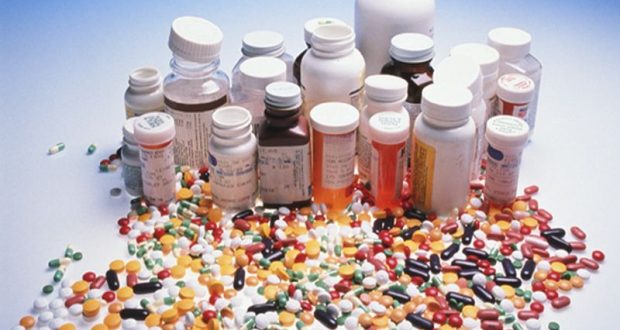 Returning to a Gemach Newer Medicines than One Received

Question: I used a local medicine gemach, which prefers receiving replacement medicine but also allows giving back with money. The pills they gave me were slightly past expiration (they said it was okay for immediate use). While not wanting to be difficult, isn’t it ribbit to give back either (new) pills or their monetary value, considering that expired medicine is worth less than normal?

Answer: We will not discuss the pharmaceutical questions this question raises, which are not within our expertise.

Let us expand the question. Is it permitted to receive and return new medicine? The mishna (Bava Metzia 75a) forbids (Rabbinically) lending commodities in a way that obligates the borrower to return the same type and amount he received (se’ah b’se’ah). This is out of concern that the article’s price will increase and the borrower will have to return more value than he received, and it applies even if the article’s price remained unchanged.

We will take a cursory look at relevant leniencies (see more in Living the Halachic Process, II-F-5), which can apply in many cases of gemachs. One reason for leniency is yatza hasha’ar (Shulchan Aruch, Yoreh Deah 162:3). It permits the loan of a readily available commodity with a stable price.

Another heter applies to cases of warm relationships. The gemara (Bava Metzia 75a) rules that one may lend loaves of bread to a friend without stipulations. The Rama (YD 162:1; the Shulchan Aruch is somewhat stricter) rules like those who explain that small changes in the value of small quantities are not considered purposeful interest. It is difficult to know what he would say about a case like this. On the one hand, we are talking about kind people who run gemachs and their chesed “clients,” but on the other hand, gemachs often have clear rules.

Both of these heterim are problematic when the borrower returns a clearly larger quantity than he borrowed (Torat Ribbit 7:(7); Brit Yehuda 17:(6).), and a clearly more valuable version of the same commodity is equivalent. It is hard to know what to say about this case. On the one hand, many people would not be willing to accept expired medicine. On the other hand, it is unclear that it has a lower price, as people who would buy it anyway, might be willing at the regular price. Furthermore, the service one gets along with the product affects its price (Pitchei Choshen, Ona’ah 10:(1)). If a business would sell under the conditions of a gemach (e.g., late at night, Shabbat), they likely could sell old medicine for at least the regular price.

The fact that you are not required to return with money may be helpful. The Shulchan Aruch (YD 162:1) rules that if one lent a commodity but set a price above which the borrower does not have to pay if the price goes up, then he may give back the commodity. Applying this concept to our case is too complicated to do justice in this context, both in regard to halachic complexity and the likelihood that it is impacted by nuances regarding the rules of the gemach (see Chavot Da’at (161:1), Netivot Shalom (p. 193-4) Divrei Sofrim, p. 71).

Regarding most gemachs, there is a strong leniency to rely upon. Rabbinic ribbit is waived when the lender is a charitable entity (Shulchan Aruch, YD 160:18). Poskim generally apply this rule broadly to gemachs (Torat Ribbit 20:26; The Laws of Ribbis 19:5; Brit Yehuda 17:(45) distinguishes between different types of gemachs). This likely applies to your case, whose potential violations are Rabbinic – se’ah b’se’ah and/or voluntary ribbit. This explains how many gemachs can encourage (not, require) donations from borrowers (Torat Ribbit 20:27).

Finally, many pasken that a borrower does not violate Rabbinic ribbit other than for causing the lender to sin (Rama, YD 160:1). Therefore, if a lender has what to rely upon, the borrower does not have to worry (see Netivot Shalom, p. 83). Considering all the above and the likelihood that what the gemach did was standard and that many gemachs have halachic guidance, you may follow their instructions.