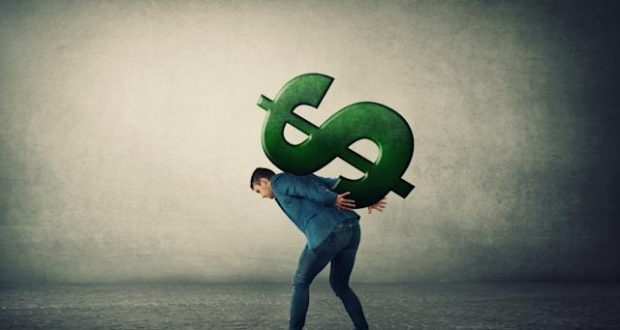 Posted by: Gil Student in From The Hashkafah Files, Magazine, Musings, Posts Jan 24, 22 0

On the one hand, never before have Jews been as prosperous as they are now. Both the vast majority of individuals and the community in general are currently blessed with wealth well beyond what we have experienced in history. On the other hand, never before have we felt this kind of financial burden to participate in the Jewish community. Most of us feel it in some way or another. All of us have heard the real pain people are feeling. Is religious affiliation supposed to be this financially challenging?

The Talmud discusses the concept of religious financial burden in a number of places. Generally, it offers one of two competing thoughts on the matter — either we must spend lavishly on Judaism or Judaism does not want to be financially burdensome. How can both be true? Rav Elazar Fleckeles (19th cen., Bohemia) posed this question in a 1782 letter to his teacher Rav Yechezkel Landau (18th cen., Austria). His answer can guide us on how to think about religious spending.

I. Spend A Lot

#1) The Gemara (Zevachim 88a) says that we may not fix utensils used in the Temple that were damaged or developed a hole. Rather, we must replace them. Rambam (Mishneh Torah, Hilkhos Kelei Ha-Mikdash 1:14) adds that we may melt them down and then remake them new. Why can’t we fix the utensils? Rashi (Zevachim 88a s.v. ve-ein) says that fixing the utensils is not proper because it makes it look like the Temple is impoverished.

#2) The Gemara continues that if the priestly garments get too dirty, we do not wash them. Rather, we replace them. The Gemara (ibid., 88b) explains that “there is no poverty in a place of wealth” (ein aniyus be-makom ashirus). The Temple is a place of wealth and gold. Therefore, we only use new, clean clothes in the Temple service.

#3) The Mishnah (Shekalim 4:1) quotes R. Yishmael who says that if there are any leftover items in the donations for the Temple service, the attendants sell them and give the profit to the Temple funds. R. Akiva disagrees. The Gemara (Kesubos 106b) explains R. Akiva’s disagreement as due to the idea that “there is no poverty in a place of wealth.” The Temple does not need to engage in retail transactions in order to earn a few dollars.

#4) The Gemara (Shabbos 102b) tries to give an example of a labor performed for a tiny amount of material. The proposed case is those who cooked herbs in order to make dye to color the curtains. If they needed just a little more dye to finish the curtains, they would put a tiny amount in a small pot. The Gemara rejects this case because they would never make just a little dye — there is no poverty in a place of wealth.

#5) The Gemara (Menachos 88b) asks why we need to be taught that the mouths of the lamps, the place on the Temple menorah where the wicks are placed, must be made of gold when we are already taught that the entire menorah is made of gold. The reason is that you might have thought that because this part gets very dirty, the Torah is concerned for people’s money and therefore does not require that it be gold. But that is incorrect. Rather, there is no poverty in a place of wealth so even the mouths of the lamps must be made of gold.

II. Don’t Spend Too Much

#6) On the other hand, the Gemara (Yoma 39a) says that the lottery receptacle used in the Temple to decide which kohen performs which services was unsacred and made of wood. It was not made of silver or gold because “the Torah is concerned for the money of the Jewish people” (ha-Torah chasah al mamonan shel Yisrael). The Torah does not place unnecessary financial burdens on us.

#7) The Mishnah (Yoma 43b) says that the terumas ha-deshen, the daily removal of ashes from the Temple altar and placement of new coals, was done with a silver shovel (fire-pan). Why a silver shovel when nearly all the other utensils were made from gold? The Gemara (ibid., 44b) says that the Torah is concerned with people’s money. Rashi (ad loc., s.v. chasah) explains that the coals wear away at the shovel. It needs to be replaced frequently. If it was made of gold, the replacement would be a bigger expense than silver.

#10) Finally, the Gemara (Menachos 89a) asks how the Sages determined the exact amount of oil needed in the Temple menorah. The answer is trial and error. One view is that they started with a large amount and kept removing from it until they found the minimum necessary. Another view is that they started with a small amount and kept adding until they found the necessary amount. According to the first view, they expected to use a lot of oil because there is no poverty in a place of wealth. According to the second view, they expected to use only a small amount because the Torah is concerned with people’s money.

Rav Fleckeles asked his famous teacher, what are the overarching rules? When do we say to spend lavishly on a mitzvah and when do we say that the Torah is concerned for our money?

III. A Theory of Religious Spending

Rav Yisrael Lipschitz (19th cen., Poland; Tiferes Yisrael, Shekalim 8:4, Bo’az 3) offers his own theory to explain these different concerns — apparently unaware of the decades-earlier correspondence on the subject. Rav Lipschitz suggests that with sacred community money, we do not look for profit and we do not care about relatively minor expenses. However, when we are dealing with non-sacred or personal expenses, the Torah does not require unnecessary spending.

Rav Lipschitz explains other passages with this idea but he does not address case #9 above, about the shofar.[1]See Rav Shlomo Zalman Braun and Rav Chaim Elazar Braun, She’arim Metzuyanim Ba-Halakhah, Zevachim 86b s.v. she-ein for other, similar attempts to resolve this contradiction.

Rav Fleckeles (ibid., par. 242) had already suggested this approach but rejected it. The insistence on making new priestly garments rather than washing them must have been a huge expense. And regarding the minimum amount of oil for the menorah, how could there have been a disagreement whether this was a large or minor expense? Instead, he submitted this question to his mentor, Rav Yechezkel Landau, the great author of Responsa Noda Bi-Yehudah. The brief letter sent in response to this inquiry was published in Rav Fleckekes’ Olas Chodesh (ibid.) along with the question, again in Rav Fleckeles’ Responsa Teshuvah Me-Ahavah (1:7) and finally in Rav Landau’s Noda Bi-Yehudah (vol. 2, Kuntres Acharon, 7).

Rav Landau points out that these two concepts do not necessarily contradict each other. Case in point, silver is not considered poor. Therefore, the choice of silver over gold to reduce the expense does not constitute poverty in a place of wealth (#7, 9). Where the biblical text specifically requires gold, we use gold. Otherwise, the Sages had the option of using silver to reduce the expense without decreasing the atmosphere of wealth.

In general, Rav Landau explains, the essential sacred utensils must be made lavishly — there is no poverty amidst the wealth. This includes the sacred utensils and the priestly garments (#1, 2). The receptacle for the lottery and the kernels for the lechem ha-panim (#6, 8) are not inherently sacred. You can also say that the oil used to measure the minimum amount (#10) was non-sacred also.

Rav Landau does not address the impropriety of selling leftover donations (#3) or the requirement to prepare a significant amount of dye (#4).

If we were to analogize these approaches to our own lives, we might proceed as follows. It is not clear that either of these sages would agree with this next step.

According to Rav Lipschitz, when dealing with sacred money, we do not worry about minor expenses and we do not try to make profit. When dealing with individuals, we worry about even minor expenses. This would seem to translate well into contemporary communal and personal spending habits. When dealing with communal expenses, we can impose religious requirements that are not technically necessary if they do not entail major expenses. But on individuals, we have to be careful not to impose any unnecessary expenses. Regarding even a small unnecessary financial burden on an individual, we say that the Torah is concerned with people’s money.

According to Rav Landau, the key distinction is not sacred vs. non-sacred but essential vs. non-essential. On key elements of religion, we spend lavishly even on their unnecessary aspects. There is no poverty regarding those key parts of religion. Perhaps we can include among these items tefillin and matzah, for example. Regarding non-essential religious items, or items that are not even technically religious, we do not spend lavishly. Rather, the Torah is concerned with people’s money.