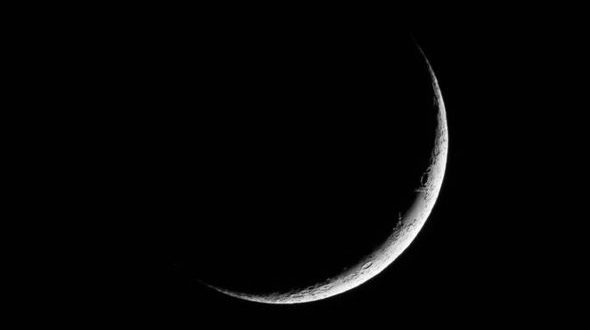 One might expect the observance of Rosh Chodesh, the New Month, to take place when the moon is full; when its luminance is most pronounced.  But Rosh Chodesh is celebrated at the new moon, when the moon’s presence is essentially invisible in the dark, night sky.

What is the lesson here?

Rabbi Soloveitchik explains that while Shabbat and Yom Tov are sanctified by their association with specific historical or religious events, the significance of Rosh Chodesh grows organically from the Jewish belief in renewal.  How could it be otherwise that the Jew identifies personally and dynamically with the moon; with revival from an almost nonexistent state, with illumination stemming from a state of darkness?  Our history is defined by periods of darkness and near despair that would have erased other people from the history of man.  And yet, from our darkness and degradation, we rise renewed.

The Talmud alludes to this when it teaches, “sanctify the moon, and I will send you a siman – a sign.”  David melech Yisrael chai vekayam.  David, glorious poet and king, sinner and shepherd, who was defeated, humiliated and dejected, is alive and well.  He will yet reign, with power and pride.  He will be renewed.  Moshiach will, after all, be ben David, of David’s line.

What seems hopeless is not hopeless.  There is light after the dark.

The Jew is imbued with the Rosh Chodesh personality, one that is defined by faith in a redemption that is yet to come; in the shining of light even though it is yet dark, in life though the threat of death is imminent. Though his own life hangs in the balance, the Jew looks to the future, to his children, with hope that redemption will be there if not for him for them.  The Rosh Chodesh personality sings and dances.  David melech Yisrael.   Though he tarries, he will come!  No matter how difficult his circumstance, he embraces life and hope, emblematic in the optimistic greeting of Shalom Aleichem.

Such optimism in the face of such trouble inevitably both uplifts and challenges.  Moshe too struggled with the same emotional conflict.  The hope of freedom so tantalizingly close and yet so absolutely forbidden.

God informed him, in exact and absolute terms, “This month shall be the head month to you.  It shall be the first month of the year.”

Rashi comments that, “Moshe was perplexed regarding the new moon – how much of it must be visible before it is proper to consecrate it as new moon?  Until God pointed with the finger and said, ‘Behold it like this, and consecrate it.’”

When it is darkest, the light must surely follow.

Parshat Bo tells of the last three plagues God brings down upon Egypt.  In it, we are given our first commandments as a community – the keeping of the new moon and a Jewish calendar, as well as the holiday of Pesach.

From its beginning, the parasha speaks to the redemption implicit in Rosh Chodesh.  God tells Moshe why the plagues are happening to Egypt – so that you (the Hebrews) will tell in the ears of your children and your children’s children that God acted upon Egypt and put signs in their midst to let them know it was God that was acting on their behalf. That is, throughout this difficult time, the lesson to be taught to the children is that redemption comes!  Light follows darkness!

The message of the culminating two plagues could not have taught a more different message to the Egyptians – darkness without the hope of redemption, a present without a brighter future.  First, darkness that befell Egypt.  A darkness so deep and so ink-like that a man could not see his hand before his face.  For three long days and nights, the darkness weighed down upon the Egyptians, until Pharaoh relented and told Moses he could take the Children of Israel into the Wilderness to worship.  But only the people; the animals had to remain.

Even against such darkness, Pharaoh’s arrogance against God remained.

But the Plague of the Slaying of the First-Born brought him to his knees.  Darkness without the hope of light to follow!  This miracle took place on the 14th day of the beginning of months.  The Passover.  God decreed that it would be celebrated for seven days through the generations.  Every Jew will remember and retell the story of how God brought him out of bondage in Egypt.

In the middle of the night, just as God had told, the first-born of Egypt was killed.  Young and old, rich and poor, human and animal.  Throughout Egypt there was loud wailing, for no house was without grief.

Pharaoh demanded that the Jews leave and so the Jews fled, carrying their unleavened dough upon their backs before it could rise into bread.  But the truth was already set.  Teach your children, Redemption follows slavery; light follows darkness.

The power of the lesson of Rosh Chodesh touches every moment of Jewish experience, promising hope when hope seems furthest away and light when the night is darkest.

Pesach in Bergen Belsen.  Yaffa Eliach tells of the Rabbi of Bluzhov sitting at the head of the Seder table, surrounded by a group of young children and a few adults. The youngest of the children asked the Four Questions, his sweet voice chanting the traditional melody, “Why is this night different from all other nights? For on all other nights we eat either bread or matzah, but tonight only matzah.”

It was dark in the barracks, so frighteningly dark.

The rebbe explained the meaning of Passover in response to the Four Questions. “Night”, the rabbi explained, “means exile, darkness, suffering. Morning means light, hope, redemption. Why is this night different from all other nights? Why is this suffering different from all the previous sufferings of the Jewish people?  On all other nights we eat either bread or matzah, but tonight only matzah. Bread is leavened; it has height. Matzah is unleavened and is totally flat. During our previous nights in exile, we had moments of bread, of creativity, and fight, and moments of matzah, of suffering and despair. But tonight, we experience our greatest suffering. Tonight we have only matzah; we have no moments of relief … But do not despair, my young friends…

“…For this is also the beginning of our redemption. We are slaves who served Pharaoh in Egypt. Slaves in Hebrew are Avadim; the Hebrew letters of the word Avadim form an acronym for the Hebrew phrase: David, the son of Jesse, your servant, your Messiah. Thus, even in our state of slavery we find intimation of our eventual freedom through the coming of Messiah.

“We, who are witnessing the darkest night in history, the lowest moment of civilization, will also witness the great light of redemption, for before the great light there will be a long night.”

The Seder concluded. As the children returned to their barracks, slaves of a modern Pharaoh amidst a desert of mankind, they were sure that the sounds of the Messiah’s footsteps were echoing in the sounds of their own steps on the blood soaked earth of Bergen-Belsen.

Could the rebbe have taught a truer lesson of the meaning of Rosh Chodesh?

When Titus destroyed the Temple in Jerusalem in the year 70, he built a triumphal arch in Rome to mark his victory. He decorated the arch with reliefs of the holy vessels used in the Temple, including the seven-branched menorah, and he issued coins bearing the inscriptions Judaea Capta and Judaea Devtcta (“Judaea is captured,” and “Judaea is vanquished”). No self-respecting Jew would ever pass under the Arch of Titus, the arch of Jewish humiliation. But when the State of Israel was established, its government decided to use the seven-branched menorah as its national symbol. The menorah stood for light, and Israel was determined to be a source of light and blessing to its people and to mankind. But no one knew the exact form of the menorah. Then someone remembered; a representation of the menorah was preserved on the Arch of Titus. And so, today, the emblem of a strong, dynamic, reborn, and renewed State of Israel is the form of the menorah copied from the Arch of Titus: that which Titus meant as a token of humiliation and degradation was turned into a symbol of Jewish pride. Interwoven into the fabric of the Jewish being are strands of the past, the challenge of the present and the hope of the future.

The Talmud tells us that Jews use a lunar calendar, while the nations of the world make use of the solar calendar. The reason says the S’fat Emet, is because the nations of the world can only function and exist when conditions are favorable and their environment is sunny. When their sun sets, so do their empires.  Jews, on the other hand, live and exist even in darkness, they continue to shine even when persecuted and humiliated, just as the moon lights the world even in the thickest darkness.

When people of hope and trust, people of integrity and faith, would appear even from far distant communities at the gates of Jerusalem’s High Court, the seat of Jewish spiritual renewal, and they would testify that they had seen the new moon in all of its splendor, new days of celebration and festivities would then be declared. Jewish hope and survival would always be maintained when human eyes detected the appearance of a new moon.