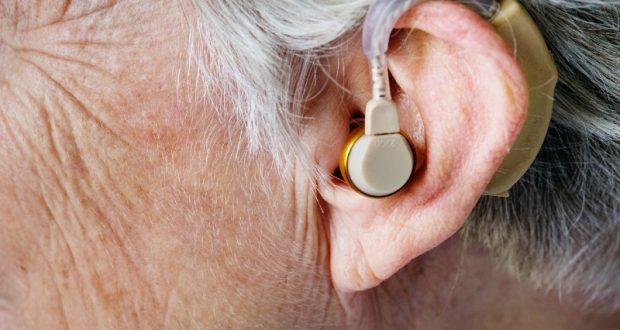 Question: I am excited to be getting hearing aids, which will improve my quality of life greatly, so that it deserves a Shehecheyanu. Considering that my family will find it easier to speak to me, should I recite Hatov V’hameitiv?

Answer: Indeed Shehecheyanu is for important acquisitions; Hatov V’hameitiv is for those that also benefit others (Berachot 59b; Shulchan Aruch, Orach Chayim 223:5). The question is how direct the others’ benefit must be.

The gemara (Berachot 59b) says that Hatov V’hameitiv applies to cases where the recipient has a partner, or that it is for him and a friend. The Yerushalmi (Berachot 9:3) says that an individual who receives a nice present recites Hatov V’hameitiv, and the Rosh (Berachot 9:16) explains that the gift giver also benefits, as it is nice to be able to give and to have it accepted. Tosafot (Berachot 59b) sees the two Talmudic sources as contradictory, as the Bavli requires joint ownership to make Hatov V’hameitiv, and the Yerushalmi views side benefit as sufficient. If that is the case, the rule is that we follow the Bavli, that Shehecheyanu would be said, not Hatov V’hameitiv. The Rosh (ibid.) and the Beit Yosef (OC 223:5), though, believe the two sources are compatible, explaining that the Bavli does not mean to require a literal partner but one who joins in the benefit. The Shulchan Aruch (ibid.) therefore rules that a gift recipient recites Hatov V’hameitiv, whereas many poskim say that Shehecheyanu is said (see Mishna Berura 223:21).

At first glance, your question depends on this machloket. After all, you are the one clear owner/user of the hearing aid who is benefitting directly. It is even possible that the Yerushalmi did not mean that Hatov V’hameitiv is said on all cases of indirect benefit.

Your excellent outlook causes you to assume that at least Shehecheyanu is called for. Those people who dread hearing aids certainly would not make a beracha even if they are very helpful (see Magen Avraham 223:10). It is less certain that people who value that which most people do not make a beracha (see Mishna Berura 223:24).

There is a machloket whether to recite Shehecheyanu on things which serve to rectify or alleviate an unfortunate problem. Avnei Yashfeh (V:41) says to do so for a wheel chair or glasses if they bring him joy. Be’er Moshe (VIII:67) says the same about dentures. He claims that there is a proof from the halacha that when one’s parent dies and he inherits, he makes a beracha on the inheritance despite the tragedy (Berachot 59b). One can deflect that proof, as inheritance is positive and not just rectifying a problem; therefore, it gets a beracha even if accompanies tragedy. This is different from a hearing aid, which just overcomes the ear’s malfunctioning. I have seen accounts of Rav SZ Auerbach (Berachos of Praise, p. 201) and Rav Mazouz (online) saying that one does not make a beracha on medical appliances. There is also an old, although dubious, minhag to make Shehecheyanu only on clothes and not other articles (see Magen Avraham 223:5)

Your happiness/thankfulness should find expression with a beracha. It is safer to do it by making a Shehecheyanu on something that definitely warrants it and having the hearing aid in mind. However, there is a strong enough case to make Shehecheyanu (not Hatov V’hameitiv) independently if you like, all the more so regarding the latest hearing aids that have uses that go beyond fixing.