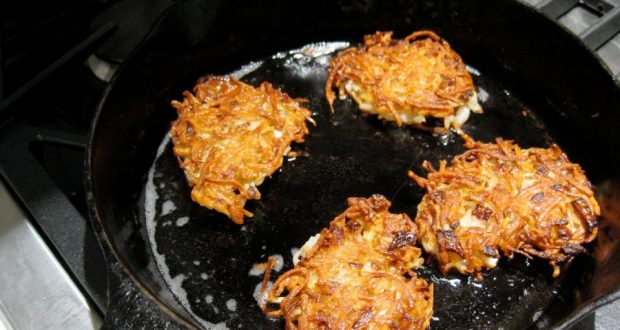 Question: Is the minhag of some women to curtail work on Chanuka binding? When exactly does it apply, and what type of work is included?

Answer: Assuming either one’s community or family has the minhag of women refraining from work on Chanuka, which existed broadly from the time of the Rishonim (see Tur, Orach Chayim 670; Orchot Chayim, Chanuka 21), it should normally be kept. However, various reasons are given for it, and there are great differences of opinion as to when, to what, and even to whom it applies. The opinions in each of the questions also impact on other questions. Some early sources also describe it as a grass-roots minhag, which makes it less predictable and rigorously consistent.

The reasons given for the minhag are: 1. Orchot Chayim ibid. – as a reminder that one may not benefit from the Chanuka candles (or out of concern the candles will go out and one will be using them). 2. Levush, OC 670:1 – it was made like a Yom Tov so people will not take their minds off the miracle.

These reasons do not explain a distinction between men and women, and there are opinions that it also applies to men (Maharil, Chanuka 11, as understood by Eliya Rabba 670:11; the Mishna Berura 670:3 reports that in some places men also refrain). However, this is not the recommended (Shulchan Aruch, OC 670:1) or common practice. Some claim that women doing work are more likely to use the Chanuka candles (Mor U’ktzia, OC 670), but it is more accepted that it is because of women’s place of honor in the miracle of Chanuka, through Yehudit (Magen Avraham 670:1 based on Mateh Moshe, Chanuka 994). (One can explain that women’s feeling of connection caused them to accept it or that it is objectively proper, because of women’s virtue, to connect them to the celebration and even have a “vacation,” like some say regarding Rosh Chodesh (see Shibolei Leket 184; Tur, OC 417).)

According to most opinions, the minhag applies only as long as the candles are required to be lit (Mishna Berura 670:4), i.e., a half hour, which is when there is a prohibition of benefit (see Shulchan Aruch, OC 672:2 and Mishna Berura ad loc. 7-8). Some say it is as long as they are still lit (implication of Shulchan Aruch, OC 670:1), or perhaps as long as the lights in shul are expected to be lit (Magen Avraham 670:2). The latter opinions work better with the idea of women’s connection or creating a Yom Tov to focus on Chanuka’s significance. There was a minhag for women to refrain from work for all of Chanuka, which is maligned as unhealthy (Orchot Chaim ibid.), but some say it is reasonable to do so on the first and last day, as we find on Yom Tov (ibid.). This again does not work with the idea of benefit from the candles, but certainly this is not a common minhag.

Regarding what is prohibited, logically if it is related to benefit from the candles, it could apply to any work, and if women treat this time like a Yom Tov, it would be no broader than the restrictions of Yom Tov or probably even Chol Hamo’ed (Shraga Hameir VI:87). According to the latter approach, it would be permitted to cook, which is the prevalent minhag (Mikraei Kodesh 1:5). The consensus is to allow melacha that is trivial from a work perspective (e.g., turning on lights), unless perhaps if they are in the context of “major work,” such as turning on the washing machine (see Rivevot Ephrayim VI:409.2). Certainly those who practice a long time of restriction do so only in regard to major jobs, but the claim of some that the minhag in Yerushalayim is to refrain from virtually everything to keep focused on the candles is practical because they refer only to a period of around a half hour (see P’ninei Chanuka (Q&A with Rav Elyashiv), p. 131-3; Rivevot Ephrayim I:436).

We would recommend to everyone to follow her minhag, but many are confused about its details and, on such a matter, can choose. One should not be machmir if it will create tension or take away from her (family’s) Chanuka joy. She should also spell out at least mentally that she does not want it to be a neder.