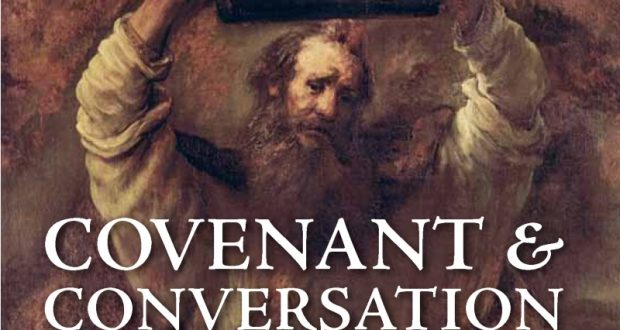 With the U.S. Supreme Court reconsidering federal law on abortion, we return to discuss the issue from another Jewish perspective, this one a bit more liberal. In the past, we have seen leading halakhists of the late 20th century who called abortion “murder.” They include Rav Joseph B. Soloveitchik, Rav Moshe Feinstein and Rav Ya’akov Kamenetsky (link). In contrast, Rav Eliezer Waldenberg, their contemporary, did not consider abortion to be murder and exchanged heated letters with Rav Moshe Feinstein to that extent.[1]See Dr. Alan Jotkowitz, ”The Intersection of Halakhah and Science in Medical Ethics: The Approach of Rabbi Eliezer Waldenberg” in Hakirah, no. 19, pp. 97-101. Interestingly, Dr. Jotkowitz writes … Continue reading Rav Jonathan Sacks follows the more lenient view, that abortion is not murder. Yet his conclusions that emerge from this view land far from the notion that abortion is permissible.

Rabbi Sacks wrote about Jewish medical ethics in his Contemporary Halachah column in L’Eyla, in the 1970’s and 1980’s. In my review of those very interesting articles, I did not find any discussion of abortion. His main discussion of abortion appears in his Covenant & Conversation on Exodus (pp. 167-172). Rabbi Sacks focuses on the importance of tradition and interpretation. The Sages (Sanhedrin 79a) interpret the word “ason” regarding a pregnant woman who is struck (Ex. 21:23) as referring to damage, a fatal accident. From this interpretation, it emerges that a fetus does not have the legal status of a person and causing a woman to miscarry is not a capital offense.

Rabbis Sacks briefly traces these two interpretations through history. Jews traditionally followed the Talmud while Christians adopted Philo’s understanding. The result is that Judaism generally does not consider abortion to be murder while Christianity (or at least Catholicism) considers it to be murder once the fetus is formed, however that is defined. This distinction is important not only in terms of the nature of the offense of abortion but also regarding how we determine our values. Judaism takes it values from the Oral Torah, the rabbinic tradition recorded in Talmud and Midrash, and transmitted throughout the generations by its leading lights.

Rabbi Sacks continues by comparing the two views whose history he traced to other views. He writes (p. 171, emphasis added):

This is not to say that Jewish and Catholic views on abortion are completely different. In practice, they are quite close, especially when compared to the cultures of Ancient Greece and Rome, or the secular West today, where abortion is widespread and not seen as a moral evil at all. Judaism permits abortion only to save the life of the mother or to protect her from life-threatening illness. A fetus might not be a person in Jewish law, but it is a potential person, and must therefore be protected. However, the theoretical difference is real. In Judaism, abortion is not murder. In Catholicism, is is.

In his approach to abortion, Rabbi Sacks follows in the steps of his predecessor as Chief Rabbi of Great Britain, Rabbi Immanuel Jakobovits. Rabbi Jakobovits, the founder of the modern field of Jewish ethics, says that while abortion may not technically be murder, it constitutes the destruction of “germinating human life” (link). He also advocates for a policy that severely limits access to abortion and addresses other public policy concerns.

Like Rabbi Jakobovits, Rabbi Sacks considers abortion to be something less than murder (at least for Jews subject to the Mosaic covenant, about whom he is speaking). However, he distinguishes sharply between this view and contemporary Western culture. Generally speaking, Judaism considers abortion to be a moral evil, even if sometimes it must be the lesser evil chosen. As a general rule, Rabbi Sacks did not advocate for specific policies.[2]“Sitting as a member of the Crossbench [in the House of Lords] — effectively an independent — [Rabbi Sacks] never formally voted, passionately believing in the separation between religion and … Continue reading However, despite emphasizing the important conceptual difference between the Jewish and Catholic views on abortion, Rabbi Sacks states that “in practice, they are quite close.”