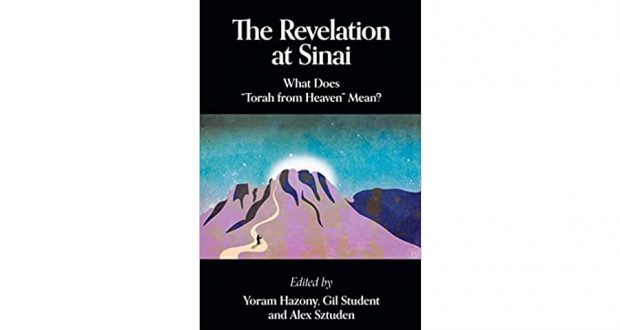 New Book: The Revelation at Sinai

I am pleased to announce the publication of The Revelation at Sinai: What Does “Torah from Heaven” Mean?, co-edited by me, Yoram Hazony and Alex Sztuden. The book contains articles by a wide variety of scholars discussing the concept of “Torah from Heaven” from different perspectives. I should make it clear that my views are represented only by my article and not by the words of others. Below is the beginning of my article, followed by the book’s table of contents.

This book is not for everyone. It is an academic discussion of a deeply-held faith conviction. If you do enjoy the book, please consider posting a review to Amazon so others know that you think the book is worthwhile.

Revelation lies at the heart of Judaism. The knowledge we have of God and our tasks in this world come primarily from revealed truths.[1]See Joseph Albo, Sefer Ha-Ikkarim 1:6, 3:8, where he argues for the logical necessity of revelation. See also Tzvi Hirsch Kalischer, Emunah Yesharah, Thorn, Prussia/Poland, 1870, vol. 2 ch. 7 sec. … Continue reading The obligation to fulfill commandments, the sine qua non of Jewish life, presupposes a command communicated by the Commander. This communication is the Written and Oral Torah, the former in the Hebrew Bible and the latter encapsulated in the Talmud and Midrash. Of the thirteen principles of Jewish faith commonly found in daily prayer-books, the sixth affirms the truth of the prophets, the seventh affirms the truth of Mosaic prophecy and the eighth affirms the Pentateuchal text.[2]The Koren Siddur: With Introduction, Translation and Commentary by Rabbi Sir [Lord] Jonathan Sacks, Koren Publishers Jerusalem, 2009, pp. 202–205. While we integrate our personal morality into our religious life, absent revelation we are blindly grasping for God without any indication whether we are headed in the right direction or, as the Kuzari puts it, “Your intentions are desirable to the Creator, but not your deeds.”[3]Judah Halevi, Kuzari: In Defense of the Despised Faith, Nanuet, 2009, translated by N. Daniel Korobkin, p. 47.

Often, the phrases “Torah from heaven” and “Torah from Sinai” are used to describe the origin of the Written Torah, specifically the Pentateuch.[4]The Mishnah (Avot 1:1) says: “Moses received the Torah at Sinai” without specifying whether it means the Oral or Written Torah. Based on our discussion here, it must have meant the Oral Torah. … Continue reading The latter phrase, however, describes only the Oral Torah. The Talmud records a debate regarding the Written Torah (BT Gittin 60a). According to R. Simeon ben Lakish, the Written Torah was communicated to Moses at the end of his life, some 39 years after the revelation at Sinai. Since the Pentateuch (henceforth the Torah, unless otherwise indicated) records events that transpired throughout Moses’ life, it could hardly have been given earlier. In contrast, R. Yohanan asserts that the Torah was given passage by passage, after each event occurred. According to both opinions, the Written Torah was not given at Mount Sinai but later and elsewhere. The composition and transmission of the Torah are more complex than the phrase “Torah from Sinai” implies.

Revelation poses philosophical difficulties because the phenomenon involves the heavenly world reaching across the spiritual divide to the physical world. The transmission of the Torah is even more difficult. How does a complete book make the leap from heaven to earth? In this paper, we will explore the different views of three twentieth century thinkers, with an eye toward their thoughts on the concept of Torah from heaven, and in particular the conflict between biblical criticism and traditional attitudes toward the Torah. The three thinkers are Rabbi Louis Jacobs, of the Masorati Movement in England; Rabbi Abraham Joshua Heschel, of the Conservative Movement in America; and Rabbi Menachem Kasher, a Chasidic scholar in Israel with scientific-academic leanings. At the end, we will propose an alternative, Maimonidean approach to the conflict between modern and ancient attitudes to the authorship of the Torah. 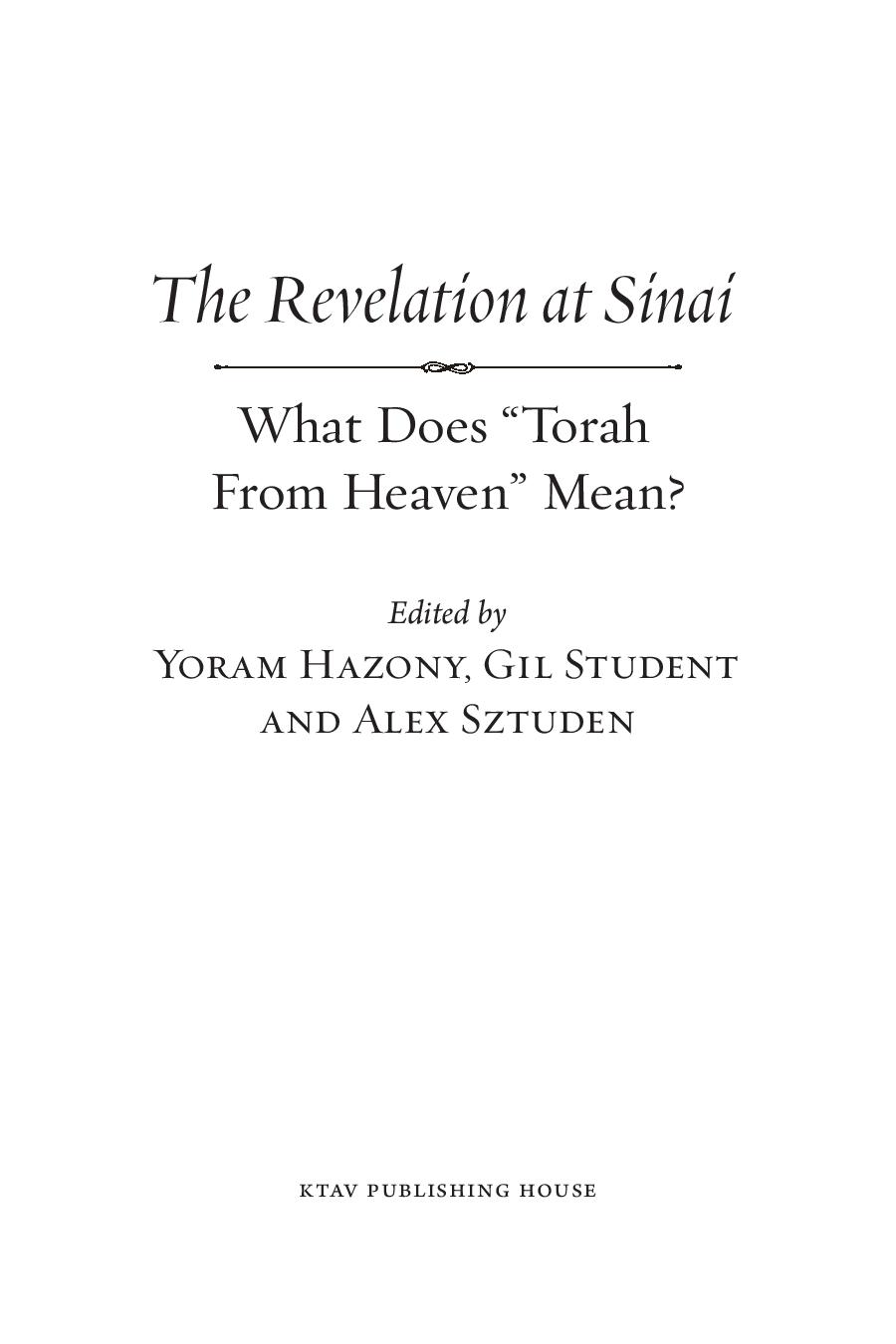 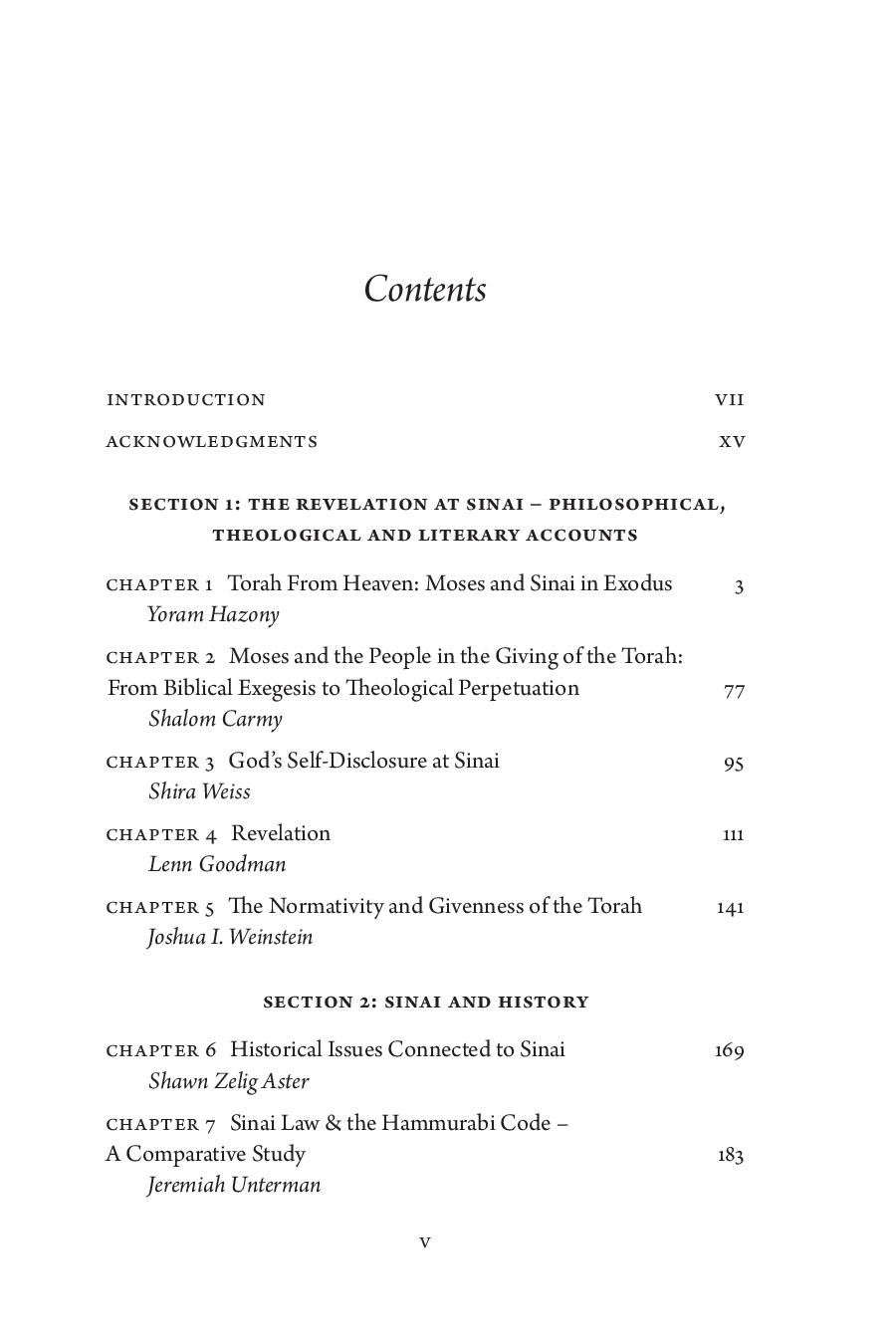 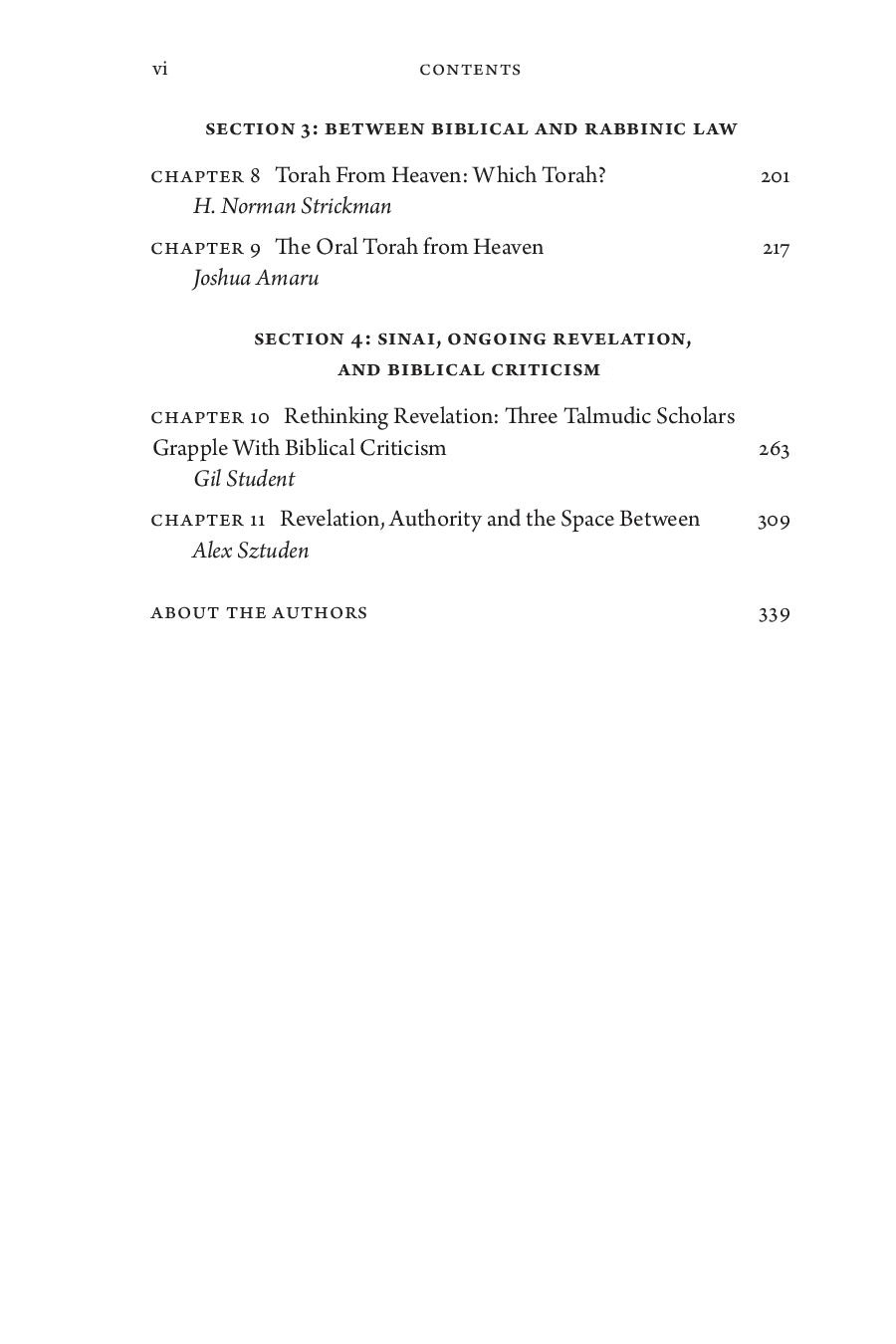