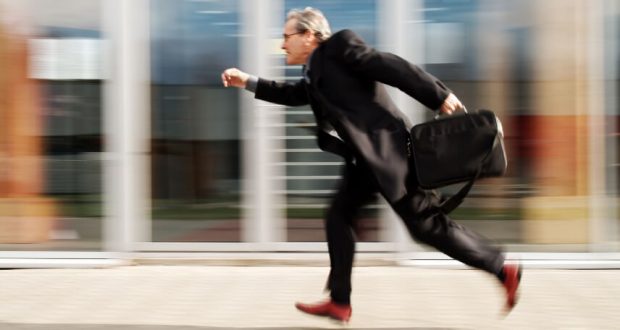 In the Blink of an Eye

Two years earlier, Yosef had asked the butler to, “…remember him to Pharaoh…”

For that one-time lapse, when he seemed to think that it wasn’t God who controlled his fate but rather a mere butler, Yosef was “punished” with an additional two years in that dark and awful prison.  Now, after those additional years, he was finally to be freed and what is his reaction?  To shave!  Not to feel the sun on his face.  Not to stretch his legs.  But to shave.  To change to more “appropriate” clothing.

Then, when he finally stands before Pharaoh the tyrant peers down at him and says, “…it said of you that you understand a dream, to interpret it.” (41:15)

Incredible!  Yosef, at the very moment when his fate hangs in the balance, rather than grovel before the man who seemingly holds the keys to his freedom, speaks truth to power.  He remains pious, frum.

Not I, he tells Pharaoh.  God.

In behaving as he does, Yosef demonstrates himself to be the ultimate Ba’al Bitachon, a true man of faith and trust in Almighty God.  He feels no urgency to turn the world upside down just because some mere human being seems to hold power over his hopes and dreams.  He knows that no human, no matter how great, can ever accomplish what God can.

As a man of true bitachon he is fearless, for he knows God is his strength. He knows it is God who will solve his problems.  People are simply vehicles for that solution.  Therefore, one of the great blessings of the ba’al bitachon is deep peace of mind – menuchas ha’nefesh.   It is the one disconnected from God who feels turmoil and anxiety.

Yosef is at peace.

Yosef knows that solutions come only from God.  He knows that he need feel no urgency for all things move forward at the pace God dictates.

God’s name is forever on Yosef’s lips.  To Potiphar’s wife, to the royal servants in jail, even to the mighty Pharaoh himself there is a single theme and that is that whatever happens in his life, it is “not me” but rather, “it is God.”

In a world awash in idolatry, Yosef speaks of God.  Yosef exemplifies one whose faith is in God, one who knows that all that happens in life happens because God deems that it should happen so.

That said, it is not unreasonable nor unexpected that we should “cry out to God” when we find ourselves in circumstances that are painful, frightening, sad or disturbing.  That is the purpose of prayer, to remind us that God is close even when He does not seem to be.  Prayer helps us to come to terms with God’s timing.

We pray earnestly – just as Yosef no doubt did during his many months in prison.  But ultimately, salvation will come when God decrees it is time.  For that reason, even when he is newly freed from prison Yosef can suddenly seem to be in no hurry to leave his prison; he can shave and change his clothing.

He is on God’s timetable.  Pharaoh feels urgency.  Yosef does not.

When Pharaoh dreams his troubling dreams, he is desperate for an interpretation that will make sense of the strange images tormenting him.  His advisors, anxious only for his approval, obsequiously provide interpretations intended to mollify and pacify but which clearly fall short.  Pharaoh rejects these even as he grows more and more desperate.  It is then that the Sar HaMashkim recalls Yosef.  He advises Pharaoh, seek out the na’ar Ivri eved l’sar ha’tabachim, the Hebrew youth, a slave of the Chamberlain of the Butchers.

What’s this?  Pharaoh wonders.  A solution?  He wastes no time in calling the young man forth. As the posuk relates, he sent for Yosef va’yeritzuhu min ha’bor, they “rushed him from the pit.”   They “rushed him”.  Even presuming that Pharaoh could cut the “red tape” involved in releasing a prisoner, this suggests a remarkable bypassing of bureaucracy.  No paperwork.  No review.  Just get Prisoner Yosef out… now!

Why does Torah bring this “rush” to our attention?  What makes this detail so important to our understanding?  This is Torah, not “Breaking News”.  At the time of Pharaoh, there was no twenty-four-hour news cycle, demanding that every one of us know every detail or everything.

Why do we need to know that Yosef was “rushed” from the pit?

The Chofetz Chaim explains that with the words, va’yeritzuhu, they rushed him, we are being shown that God’s salvation happens “in the blink of an eye”.  One second, we are imprisoned in the pit, the next we stand before Pharaoh, speaking the word of God.

When we find ourselves in pain, in fear… suffering, we cannot help but sink deeper into despair, certain that our pain, our fear, our suffering will only get worse.  It is beyond our comprehension that it might ever end.  We are like those who suffered in Egypt, fearful that we will never again know freedom from our personal prisons.  Our suffering is to us, “as long as the Golus.”  And then, in the blink of an eye, there is light and salvation, hope.

Just as Yosef languished in prison with no friends and no one to speak for him, we feel alone and lost.  Two years earlier, he thought the Sar HaMashkim would be his “salvation”.  But that hope came to nothing.  His hopes were dashed.

And then, in the blink of an eye, the door to his prison creaks open.  You are called to come before Pharaoh.

He is rushed out.  He is free.

Yes, he had to wait two long years for relying on a mere man instead of God but then, God decides, “It’s time.”

It is beyond our ability to understand.  We are lost in despair and then…. a light shines.  Hope becomes evident.  Salvation is at hand.  When God decrees that we be “rushed out of the pit”, we are out.  Free.

The Chofetz Chaim notes that vayeritzuhu is written without a vav after the tzadi – Yosef was “settled” in prison.  He had grown resigned to his fate; unable to imagine that the end of his suffering was possible, let alone that it had arrived.  So, they had to “rush him out” because it was God’s decision that he get out now.  And when God decrees “now” it means now.  Not a moment later.

The Ba’al Bitachon knows this to be true.  Of course, he prays.  Of course, he beseeches God for that moment of salvation.  But even as he prays, he knows that it will be God’s will that determine his fate.  His prayer is not just the opportunity to cry out to God; it is the chance to hear in the stillness of his own voice the certainty that it is God’s universe.  When God decides, he will be “rushed out” from whatever imprisons him.

The Sforno teaches the same lesson.  When the time for salvation comes, it happens speedily. Even though Yosef was in jail for twelve years, when the moment arrived to get out, he was rushed out.

Every case of Divine salvation happens from one moment to the next.  We were in Egypt, enslaved, for over two centuries and then, one night we were free.  Two hundred and ten years, but when the geula was to occur the Hebrews did not tarry for so much as a moment.   We are reminded of their haste each year at the Seder – they did not even have time to wait for the dough to rise!

When the time for geula comes it is not the time to tarry, it is the time to “rush out”.  And so, it will be, hopefully soon, the Sforno concludes, with the ultimate geula, as well.  The prophet Malachi (3:1) tells us that piteom – “Suddenly will come to his palace the master that you seek [the Mashiach]; and the angel of the covenant [Eliyahu Hanavi] that you want is coming.”

We wait.  We yearn.  We pray and beseech.  But the true believer among us knows that it will happen and that when it does, it will happen from one minute to the next.  Piteom – Suddenly.

Countless Jews have prayed for salvation.  Countless Jews throughout the millennia can testify that their salvation came about in the blink of an eye, from one minute to the next.  It was on the eighth day of Chanukah, that Shalom Rubashkin understood that exhilaration, that salvation.

Jailed for what was most certainly an excessive and cruel length of time, he was suddenly released.  What did he do?  Did he tarry?  No!  He rushed directly to his home in Monsey where he was greeted by hundreds of cheering Jews who each recognized the miracle that had befallen them, a miracle both incredible and mundane – God bringing about salvation in the blink of an eye.

What could be more obvious?

What could be more astonishing?