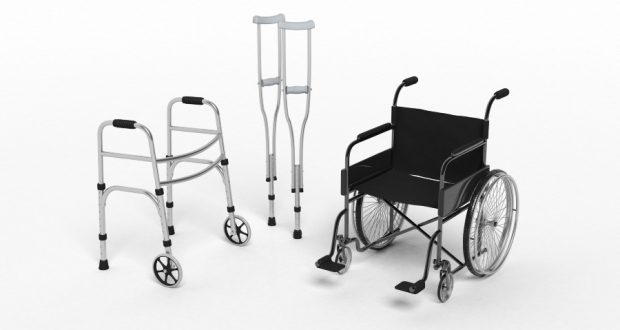 Were the Patriarchs Disabled?

Posted by: Gil Student in From The Hashkafah Files, Magazine, Musings, Posts Nov 19, 21 0

Over the past few decades, there has been a trend among Bible scholars to try to find flaws in the biblical heroes. There is much to say about the impetus for this trend and its methodological assumptions. I would like to explore here one aspect of this issue. Is there, within traditional Judaism, a theological problem in saying that the patriarchs were flawed human beings — not morally flawed, as some suggest, but physically flawed, blemished, ba’alei mum.

I recognize that terms like “disability” are outdated. As someone who is not actively involved in the field, I find it hard to know what terms to use because they have changed multiple times in my lifetime. Please judge me favorably and substitute the appropriate terminology. However, one assumption that underlies this discussion is that lacking a specific function or deviating significantly from the norm constitutes a flaw or lacking. In this, I follow the halakhah regarding priests who are disqualified by a physical flaw including a deviation from the standard presentation (Bekhoros 43a). We can and should try to understand these limitations but that is not our task here.

I. Was Moshe Physically Blemished?

The Gemara (Bekhoros 44a) initially assumes that Moshe was ten amos (cubits) tall while his arms were each one amah long. The Gemara questions this understanding because, if true, this would mean that Moshe was disproportional — his arms were too small for his body. Rav Shimi bar Chiya says it memorably: “If so, you have made Moshe Rabbeinu into someone blemished (ba’al mum).” That disproves the point because obviously Moshe was not blemished. In response, Rav restates the original position so that Moshe’s arms were proportional to his body.

A similar exchange is repeated in Sotah (12b) where the Gemara notes that Moshe, when crying as a baby, was called both a “yeled, child,” and a “na’ar, young man.” Was he a child or a young man? R. Yehudah answers that he was a child but his voice was deep like that of a young man. If so, challenges R. Nechemiah, you have made Moshe into someone blemished! Rather, his mother made him a young man’s canopy for his ark (boat) because she might not see his wedding canopy.

These two passages seem to imply that it is wrong to assign flaws, even those with no moral implications, to Moshe. There is nothing morally wrong with someone who has an unusual voice or short arms. That is how he was born. Despite these physical flaws, you can lead a successful life and even become a great teacher and leader. Yet, twice the Gemara challenges this assignment of physical flaws to Moshe as improper. This would seem to offer a general rule that we should not find flaws in biblical heroes. However, when we look at the commentaries, we see a different picture.

There are two paths among commentators in explaining these passages. Rashi (Sotah 12b s.v. ba’al mum) says that Moshe was a Levi. If he had an unusual voice then he would be unfit to sing with the other Levi’im during the sacrificial service. In other words, there is no problem in assigning physical flaws to Moshe except that he needed to perform, or at least to be eligible to perform, his Levitical duties and this physical flaw would prevent him from doing so. Rashi’s commentary faces problems, as many others have pointed out (e.g. Maharsha, cited below).

Rav Yitzchak Ze’ev Soloveitchik (20th cen., Israel; Chiddushei Ha-Griz, Bekhoros 44a s.v. amar Rav) says that, according to the Rambam, blemishes do not completely disqualify a Levi. However, Moshe served as the Kohen Gadol, the high priest (Zevachim 101b). Since a blemish disqualifies a priest — and certainly a high priest — Moshe could not have been blemished.

All of these approaches point to the impossibility of Moshe having a blemish because that would render him unfit for a service that we knew he fulfilled. In other words, there is inherent reason that Moshe could not have been blemished. However, from his experiences, we know that it could not have been the case.

Rav Pinchas Epstein (20th cen., Israel; Minchah Chareivah, Sotah 12b s.v. tanna) says that Moshe was a man of God, a prophet. It is not proper for someone like that to have a blemish. Rav Epstein subsequently adds that he discussed this with Rav Yitzchak Diskin (20th cen., Israel) who pointed out that Rav Ya’akov Emden says something similar. In Rav Emden’s Migdal Oz (Otzar Ha-Tov, 3), he says that prophets must lack any blemish. If a judge on the Sanhedrin must have no blemish, he argues, certainly a prophet must not either. Rav Emden says that this is why the Jews were healed from all blemishes at Mount Sinai — so they could receive the Torah prophetically. (Rav Epstein quotes those who say that Moshe’s speech impediment was cured by God at the burning bush. Rav Emden says that a speech impediment is not considered a blemish.)[2]See also Rav Moshe Sofer, Responsa Chasam Sofer, Orach Chaim 12.

According to the first approach, there is nothing wrong with saying that biblical heroes were physically flawed. The claim might be implausible — as many contemporary theories are — or bad or malicious, which itself might be theologically problematic. But a cautious and respectful interpretation that turns a biblical hero into someone blemished cannot be criticized on those grounds.

According to the second approach, this practice is religiously problematic. We cannot diminish biblical heroes. People with blemishes might face physical limitations or they may merely seem different than most others. This does not mean that they cannot reach greatness. Quite the opposite — most people overestimate their limitations and underestimate their potential. If someone tells you that you are incapable of doing something, chances are that you can do it several times over through strength and willpower. Greatness of spirit and accomplishment are open to everyone. Yet there is a ceiling for almost all of us — a very high ceiling that we can only hope to get near at some point in our lives. According to this approach, we are wrong to project our own limitations on the biblical heroes.

2021-11-19
Gil Student
Previous: Do Not Be Jealous of Riches; Envy Righteousness, and Pursue It
Next: Vayishlach: Third Aliyah