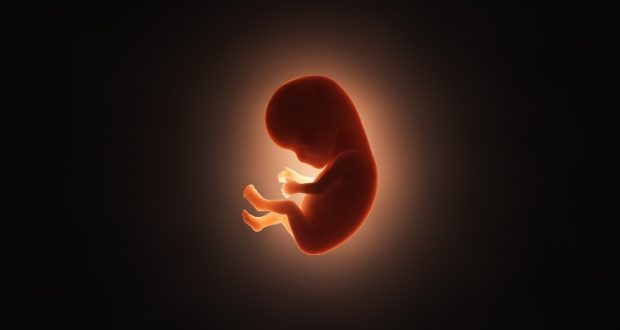 Pregnancy and the Power of Prayer

Some social commentators have a dark, dystopian view of these tests.  Others see in them great potential for happy, healthy babies and families.  Either way, they highlight that a woman’s pregnancy is a time rife with anxiety, hope, fear, and great possibility. And while the medicine and technology might be modern, the powerful emotions accompanying pregnancy have been felt since the beginning of time.

And then [Leah] had a daughter and she named her Dinah (Bereishit 30:21)

The name “Dinah” is derived from the Hebrew “to judge”.  A dayan is a judge.  We go to a din Torah to receive a p’sak din – a judgment in a dispute.  What was Leah thinking to name her newborn daughter such a name?

Rashi, citing the Talmud in Brachos (60a), taught that the name suggested that Leah passed judgment on herself.  She thought, “Yaakov is destined to beget twelve tribes. I have already borne six, and each of the handmaids has borne two, making a total of ten. If the child I am carrying is a male, then Rachel will not even be equal to one of the shfachos, handmaids”.

What incredible insight, sensitivity and compassion!  Seemingly second fiddle to Yaakov’s first, true love, Rachel, she overlooked any petty jealousy and prayed that Yosef (who she was indeed carrying!) be turned into a female in her womb so that her younger sister would be elevated when she became pregnant herself.  Leah pasken-ed din!  She beseeched God so that the gender of the child in her womb would be changed.  And why?  Not from the vanity or pettiness that drive some modern mothers-to-be to use medicine and technology to “pick and choose” their babies but from deep humility and understanding; to raise up her younger sister so she might avoid the humiliation of being less than the shfachos.

What sensitivity!  For most of us, if our babies have all ten toes and fingers it is a blessing.  For the more religious, whatever is in the womb is by God’s will.  But not Leah. Leah was so determined that Rachel would have the honor she deserved, that she prayed to God to change the gender of the baby in her womb!

The Jerusalem Talmud emphasizes that Leah knew there was a male in her womb.  The posuk reads, v’achar yalda bat, va’tikra et shema Dinah – “and then she had a daughter…”  And then?  The “and then” demands an antecedent.  But what was it?  That she had been pregnant with a male child!  The Jerusalem Talmud goes on, “Me’achar sheitpalela” – after pouring her heart out in prayer so that the fetus was changed to female. The ve’achar refer to after her prayers.

Leah is the world’s greatest teacher of the power of prayer!  Prayer has the power to not only bring about wishes and desires, but it is powerful enough to change reality!  Indeed, the Chizkuni notes that is why with the birth of Dinah there is no mention of va’tahar – “and she was pregnant”.   The Chizkuni says the absence of this formulation is because, “throughout the pregnancy she was carrying a male (Yosef!)”

On her own, Leah judged this to be unacceptable and so, by the power and depth of her prayer, she brought about the change from Yosef to Dinah.

In the twenty-first century, we are accustomed to medical science and technology weighing in on childbirth decisions.  From test tube babies to genetic testing, from artificial insemination to having doctors remove fetuses in multiple birth situations, our reality for conception, pregnancy and childbirth seems far removed from Leah’s.

But if pregnancy and childbirth is in God’s order then our modern experience of it must, despite medical and technological advances, share fundamental truths with Leah’s experience.  Our language might have changed, but this powerful and fundamentally human experience cannot have changed.  How can the deeply religious understand the connection between Leah and the childbirth of today?

I believe a profound insight can be found in a most unusual, recorded discussion between my uncle Rav Chanoch Heinich Shafran and his father, my grandfather, the Gaon Rav Bezalel Zev Shafran, whose 92nd yahrzeit we will observe on Thursday, 14 Kislev.*

My uncle relates that his father paid him a visit in Bucharest where he served as rabbi.  My uncle writes that for some time there had been talk about a new medical technique to deal with infertility, a technique in which a cluster of eggs are removed from a childbearing woman and are implanted in the uterus of the infertile woman, to enable the infertile woman to bear children!  Brilliant!  But a question naturally arises, who is to be considered the child’s mother?  The one who carried and gave birth to the child, or the woman from whom the eggs were removed?

[I would note, as an aside, that this conversation took place in the 1920s.  The technique would not be successfully employed until the 1980s.]

My grandfather’s response opened with the words of the Targum Yonasan on the posuk in Bereishit – “And then [Leah] had a daughter and she named her Dinah.” The Targum explicitly states, “God listened to Leah’s prayer and switched the fetuses in their wombs; Yosef came to be in Rachel’s womb and Dinah in Leah’s womb.”   The Yotzer is as explicit in the Rosh Hashanah prayer, “Ubar ba’beten l’hamir achos” – a fetus in the womb switched to a sister.

Based on the Targum Yonasan, the Chida explained Chazal’s statement, “One who is afraid of the evil eye should say, ‘I am a descendant of Yosef, who is unaffected by the evil eye.”  (Brachos 55a) But wait, how can this be?  How can he be a descendant of Yosef? And how will this help?  According to the Chida, we can understand that Yosef inherited the virtues of both Leah and Rachel.  That is, he was initially in Leah’s womb and then switched to Rachel’s womb.  Thus, the verse reads, “And when Rachel yalda – gave birth – to Yosef.  “Yalda” indicates that though she gave birth to him he was not initially in her womb.  Therefore, he possesses virtues of both Leah and Rachel.  For that reason, any Jew can claim to be a descendant of Yosef.

It is for the same reason Yehuda can rightfully declare of Yosef, “He is our brother, our flesh.”  After all, we generally think of the mother who contributes the blood, from which skin and flesh are formed.  Yehuda was born of Leah, but Yosef was born to Rachel… but Yosef was originally formed in Leah’s womb, so he possesses Leah’s blood!  Yehuda can truly speak of him as, “our brother, our flesh”!

But who is truly the mother of Yosef?

My grandfather concludes that it is indeed Rachel.  He notes that the verse reads, “and it was when Rachel gave birth to Yosef…”  Meanwhile, the Torah refers to Dinah as “Dinah bat Leah”.  This, my grandfather says, teaches that it is the birth mother who is the true mother.  Yosef is the son of Rachel; Dinah, the daughter of Leah.   Likewise, it is the birth mother, not the egg donor, who is the truth mother of the baby.

After hearing my grandfather’s powerful and profound explanation, my uncle concluded that there is truly nothing that the Torah does not allude to.  He also remained astonished by the questions that remained, such as, if a man has a child in this manner by means of a married woman, is it a violation of arayot?

Such profound questions, such powerful lessons derived from a simple pasuk reporting the birth and naming of Dinah!

Even now, I can hear my dear father’s voice speaking to me as he did throughout his life, encouraging me and my siblings, to learn Sabba’s sefer.

So, through the grace of God and the dedicated efforts of my dear cousin Rav Yigal Shafran of Jerusalem, I am grateful to be able to have accomplished this enormous and sacred task in order that our children, grandchildren and their children and grandchildren might share in the fulfillment of my father’s loving exhortation, Ayeunu b’sefer shel Sabba!

The volume was published by Merhavim Institute, Jerusalem headed by Rav Yigal Shafran and beautifully printed and bound by Machon Aleh Zayis. 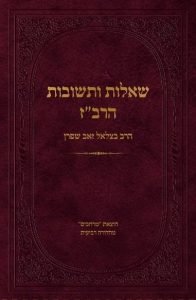 2021-11-12
Eliyahu Safran
Previous: Growing and Not Growing Into Our Roles in History
Next: An Apostate’s Son