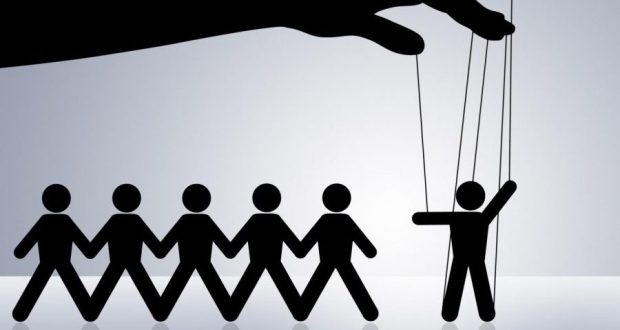 Marriage and Free Will

The concept of “Bashert,” a person’s soulmate, warms the heart and plays into our notions of romance. The Gemara (Sotah 2a) says that forty days before the creation of a fetus, a divine voice calls out that the daughter of so-and-so is for so-and-so. It seems from this text that a man and woman are destined for each other. However, the Jewish view is more complicated than this one passage seems to indicate. One aspect of that complication is the issue of free will.

I. Free Will and Marriage

It is a fundamental concept of Judaism that we have free will to fulfill or violate commandments. A command lacks all meaning if we are forced to obey it. Nor is there value in reward for doing something we are forced or punishment for violating something we are made to violate. We can only be rewarded or punished for actions we choose to do. In chapter 8 of his introduction to Avos (Shemonah Perakim), Rambam uses this idea to explain the Talmudic saying, “Everything is in the hands of Heaven except for fear of Heaven” (Berakhos 33a). “Fear of Heaven” refers to the performance of mitzvos and avoidance of sins.

Rambam continues that many people mistakenly think that some actions that are subject to their choice are really determined by Heaven. For example, he says, some people think that your choice of a spouse is decided in Heaven. That is not correct. Marriage is a mitzvah and therefore we have free choice about whether and with whom we marry. Rambam’s maximal view of free will regarding mitzvos raises questions about the concept of Bashert.

Rambam himself addresses this in a letter to R. Ovadiah Ha-Ger (Iggeros Ha-Rambam, Sheilat edition, vol. 1 p. 237). He points out that two people cannot be destined to marry since the Torah says that a soldier who betrothed a woman should return to her so that he does not die “and another man takes her” (Deut. 20:7). He could have added the Gemara (Mo’ed Katan 18b) which permits betrothing a woman on Chol Ha-Mo’ed so that another man does not betroth her first. Clearly, destiny — Bashert — does not guarantee that a couple will marry. Rather, explains Rambam, if people do mitzvos then God rewards them with a good match and if they deserve the opposite, God provides a challenging match. However, ultimately, marriage remains a matter of choice because it is a mitzvah.

Rav Yosef Shaul Nathanson (18th cen., Poland) discusses this contradiction between free will and Bashert many times and offers multiple approaches. In his Divrei Sha’ul commentary to the Torah (Gen. 24:50, Mahadura Tinyana), Rav Nathanson offers a halakhic approach to resolve this theological question. The Mishnah (Yevamos 65b) says that women are exempt from the mitzvah to have children. The reason often given is that since women experience so much pain from childbirth, the “pleasant” Torah does not obligate them to experience that pain. However, despite the technical exemption, men are obligated to have children and they cannot do so without the participation of women. Additionally, women are obligated in a broader mitzvah to settle the world. If so, we can ask what difference it makes whether women are obligated to have children.

Rav Nathanson makes a common, albeit questionable, logical jump from this exemption. If women are exempt from the mitzvah to have children then they are not obligated to marry. Rambam (Sefer Ha-Mitzvos, Aseh 212-213) disagrees with this logic and considers marriage a separate and independent mitzvah. However, others agree with this step and exempt women from the obligation to marry, as well. For example, Rabbeinu Nissim (14th cen., Spain; Commentary to Rif, Kiddushin, top of 16b in the Rif) says that women’s technical mitzvah in marrying is only to help the man fulfill his obligation to marry. Different editions of Rambam’s Sefer Ha-Mitzvos vary on specifically this point — whether women are obligated to marry. The familiar Warsaw 1881 edition includes in brackets in Rambam’s “necessary commandments” at the end of his list of mitzvos aseh that women are not obligated in mitzvah 213 (to marry). However, the Heller, Kafach and Frankel editions of Sefer Ha-Mitzvos have Rambam saying that women are exempt from procreation (mitzvah 212) but not exempt, i.e. obligated in, marriage (213).

III. Women, Free Will and Marriage

Rav Nathanson takes this in a direction that is unexpected and difficult to understand. If we accept that women are not obligated to marry, whether because Rambam may have said so or because others have, then women do not necessarily have free will over whom they marry. Free will is only theologically necessary for a mitzvah because God does not compel us to fulfill a mitzvah. If marriage is not a mitzvah in any specific case, then predestination can play a role. Based on this, Rav Nathanson suggests that men have free will over their choice of a spouse but women do not necessarily.

This distinction does not mean that a woman cannot choose her spouse. Even something predestined feels like it is freely chosen, despite being divinely guided. The person going through the experience does not feel any different whether he has free will or his choice is predetermined in Heaven. Both a man and a woman experience choice when selecting a spouse. However, according to Rav Nathanson, a woman’s choice is predetermined while a man’s choice is not. But what does this mean? How can a woman be predestined to marry a man who has free will to choose his spouse?

Rav Nathanson does not explain how this works in practice. If a man chooses a woman who is predestined for someone else, how does that work for the woman whom he chooses and the woman whom he should have chosen? Perhaps he means that all things being equal, a woman is destined to marry her Bashert. But just like my free will can interfere with the plans intended for you, a man’s choice of a wife can interfere with the divine plan for a woman. If her intended husband is unavailable, she will have to marry someone else, wait for him to eventually become available or not marry at all.

In practice, we would not act differently whether we are predestined to marry someone or not. However, according to this approach, women have an upper hand in the dating process. Unlike men, women have divine guidance to find their mate. They are predestined for a specific man, assuming he chooses appropriately.