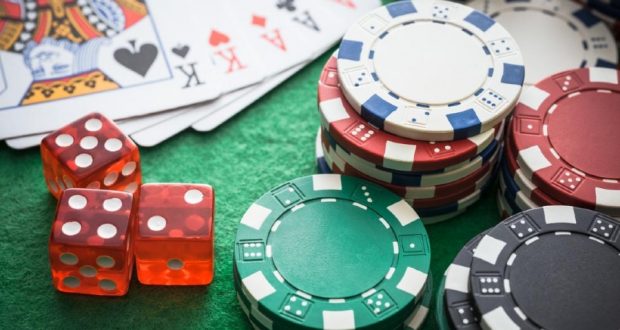 Question: As fun motivation, several friends are pooling 180 NIS each, which we will give to the one who raises the most money for our shul. Is this forbidden gambling?

Answer: The gemara (Sanhedrin 24b) gives two reasons why a mesachek b’kubia (=mbk – gambler) is pasul l’eidut (unfit to be a witness): 1) Rami Bar Chama – Because of asmachta (the loser of a bet did not plan to lose/pay), a gambler is a thief; 2) Rav Sheshet – A mbk’s life is unproductive, making him untrustworthy. The gemara says the practical difference is if the gambler also has productive activity. According to most, Rav Sheshet considers a mbk’s obligation valid.

The Rambam (Eidut 10:4; Gezeila 6:10) and Shulchan Aruch (Choshen Mishpat 370:1-2) mix between the approaches – mbk violates (each time) Rabbinic-level thievery even though he is pasul l’eidut only if he is a full-time mbk. The losing party’s agreement to pay is insufficient because it is likely to not be whole-hearted (S’ma 370:3). The Rama (CM 370:2) rules that part-time mbk is permitted. Therefore, Rav Ovadia Yosef (Yabia Omer VII, CM 6), regarding buying lottery tickets, which he equates to mbk, forbids it for Sephardim and permits it for Ashkenazim. Other poskim (see Rav A. Shapira in Techumin V; Teshuvot V’hanhagot IV, 311) argue that the Shulchan Aruch would permit lotteries because one expects to lose, he receives a lottery ticket with value, the rival gamblers do not interact, and/or because the money is taken by the lottery authority, not any specific counterpart.

Your case lacks one of the Rama’s (CM 207:13) conditions – mbk involves no skill, giving him less room for irrational optimism. In this case, any friend might think that he has a great chance to win, and therefore lack full intent to surrender money. There may also be technical problems, such as whether the money is found in a place in which a kinyan can take effect when the winner is determined (Rama ibid.).  Therefore, we will look for other grounds to permit it.

The Shulchan Aruch (Yoreh Deah 258:10) rules that one who made a conditional obligation to tzedaka cannot exempt himself due to asmachta. Arguably, since your motivation is noble (funds for a shul), this might apply. However, that will not suffice here because the question is about intent that one’s money will end up by his counterpart, and the shul is just background.

There may be a way of dealing with the limitations of asmachta, by strengthening the agreement by doing an act of kinyan (like a chatan does at the wedding) and having it take effect mei’achshav (immediately) and/or doing it in front of a distinguished beit din, or writing that it was done in front of such a beit din (see Shulchan Aruch, CM 207:14-15). This would apparently make it permitted according to the Rama but not the Shulchan Aruch (Bemareh Habazak (new edition) VI:95). To avoid machloket, because the details are not simple, and to avoid halachic ploys to remove moral issues (see Aruch Hashulchan, CM 207:35), we should look for a natural way to remove the stain of mbk.

A likely claim is that no one’s intent is to make money, but to create motivation and/or to make things fun. This is reminiscent of the practice of many good Jews to play dreidel on Chanuka for money. On the other hand, some require modifications or allow it only on Chanuka (see opinions and a compromise in Nitei Gavriel, Chanuka, p. 307-308; see also Shulchan Aruch, Orach Chayim 322:6). Also, you are not talking about small coins. Without knowing the group, we would not preclude the possibility someone could start off with a nonchalant attitude but could end up competitive and resentful over such things.

Therefore, while you might not have a problem and/or might be able to use the beit din chashuv system, we recommend the following (or equivalent) “mehadrin” modification. The pot is given to someone who will use the money for the shul, a get-together, etc. At his discretion, he will use some of the money for a modest prize object (not money) for the winner (based on Yabia Omer ibid.).