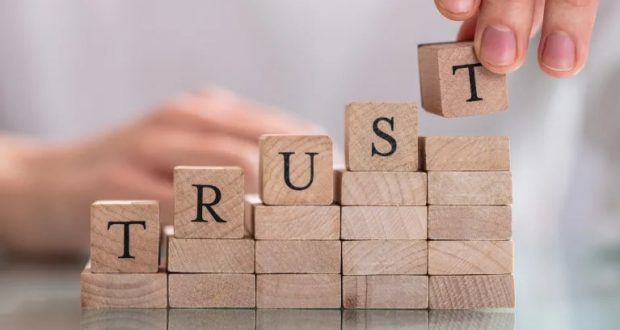 Trust When it Counts

We see the advertisements, selling the trustworthiness of financial advisors and institutions. These commercials resonate with us because we know how important it is to trust the one with influence or control over our money, our assets.

Certainly the same was true in Avraham’s time. It was a lucky man indeed who had someone he could trust to tend his holdings, his herds, his livelihood. And, by all accounts, in this regard Avraham was extremely lucky. For he had Eliezer.

It is hard to imagine a boss with greater faith in his employee, a master who has greater faith in his servant than the faith Avraham had in Eliezer. He praises him as the “elder of his household.” We are told that he “…ruled over everything that belonged to Avraham.” Ha’moshel b’chol asher lo.

Eliezer was, for all practical purposes, the CEO of Avraham’s life. He was responsible for all that was Avraham’s, no small responsibility given the extent of Avraham’s estate! The Torah makes clear that there was nothing Avraham would not entrust to Eliezer’s judgment, authority and control. Avraham’s trust of this man was absolute.

There are many implications of this trust, the most fundamental being that his integrity was beyond reproach.

This trust was not solely a matter of property and commerce.  Eliezer was also entrusted to teach others in the household Avraham’s ways. He was a melamed of Avraham’s unique and exceptional way of life.

So… who else would Avraham choose to pursue the most sacred task of finding a wife for his son, his only son, the son he loved, for Yitzchak? As much as choosing someone to find a wife for Isaac, he would be finding the woman who would replace Sarah, who would become the second of the imahot – the second matriarch. Yitzchak’s future wife would be more than his help mate and mother of his children; she would become the pillar of the developing Jewish nation. Who else could Avraham ask to fulfill such a sacred task?

The task of finding Yitzchak’s bride was not only a profound one; it was also an urgent one. Avraham was not a young man. He was bah ba’yamim – “well on in years.” Let us not mince words, he was old and nearing the end. His life had been one of blessing. The Torah tells us that Avraham was blessed “by Hashem with everything.” The Ramban teaches that this means that his life was filled with riches, possessions, honor, longevity, and children. He lacked only one thing. Assurance. Assurance that all these blessings, all that his life had been and meant, would continue after he was gone. He lacked assurance that God’s long before promise to makes his descendants “as numerous as the stars” would be fulfilled. And, given his advanced age, he was anxious to have that assurance, to see his son wed.

Eliezer had been tasked with and trusted to do everything for Avraham’s household. He was financial advisor, consigliere, manager, CEO. Of course this vital, sacred task of finding a bride for Isaac would also be part of his portfolio of responsibilities.

Before sending him on this task, this most trusted person was told, “…place now your hand under my thigh, and I will have you swear by Hashem… that you not take a wife for my son from the daughters of the Canaanites.” What’s this?  Eliezer, the most trusted man in Avraham’s household, the man to whom he’d entrusted his livelihood, his wealth, his teachings suddenly has to take an oath? Has something happened to compromise the trust that Avraham had for this “elder of his household” that he now has to swear an oath before performing this task for his master? Had he not proven himself in a thousand ways over the years? Avraham’s household wealth had surely grown exponentially under Eliezer’s steady hand; his many servants understood and embraced the Avrahamic way of life; the many blessings of his life had been well-tended. But now he was expected to make an oath?

Did Avraham trust Eliezer or didn’t he?

The text makes clear that yes, Avraham trusted Eliezer. He trusted him with his portfolio, with his livestock, his homes, his flocks… with all that he had. In all these things, Eliezer was in charge. No questions ever asked. No doubts raised. But this thing that Avraham was asking of him, to go and find a wife for Yitzchak, was not simply another item in the portfolio; it was not simply another investment. It was not business.

This task was in the world but it was not “of the world.”

Before engaging such a task, Eliezer had to take an oath.

It is easy to imagine in all other aspects of Elizer’s responsibilities that there was “give and take.” Perhaps he questioned something about Avraham’s directive about the livestock, or how best to move the household from here to there. So, he and Avraham engaged in some discussion, some negotiation, to settle on the best way forward.

A wise master, a smart business owner, would want and expect nothing less from his servant and CEO. However, in this particular matter there would be no negotiation; there would be no discussion and no questions. In this matter, Eliezer would have no voice that might alter in any way Avraham’s absolute commitment to the future.

This was not a discussion or negotiation. This was a directive. And after Avraham had concluded his very strict instructions as to who could be brought back as a bride for Isaac, Avraham insisted that this moshel b’chol asher lo place his hand under his thigh and swear to him regarding this matter.

No negotiation. No “alternate way.” No interpretation.

It was clear. The future of Am Yisrael was and is non-negotiable.

Avraham’s message to Eliezer was clear, I entrust you with my possessions and my material wealth, with the blessings of this world, but not with my spiritual future nor the spiritual future of my progeny.

It is said that Rav Yisael Salanter was once traveling and he stayed overnight at a crowded inn. With so many people, the innkeeper soon ran out of meat. Now, this innkeeper did not know Rav Salanter but, based on his appearance, deemed him to be a knowledgeable Jew so he approached him and asked him to slaughter a chicken for him in his back yard. Rav Salanter shook his head and declined, explaining to the innkeeper that he was not a certified shochet and so could not help him.

The innkeeper was aghast. “I should give you my money? You are a stranger to me!”

Rav Yisrael chuckled. “Yes, and yet last night, based on my appearance, you assumed you could trust my shechitah but now, when it is money that is the issue, you suddenly need to check me out.”

In this regard, the innkeeper was like so many of us.

And so unlike Avraham!

It is sad but true that we are much like the innkeeper. Our priorities are upside down. When it comes to our investments, we check and double-check, we want to know the backgrounds of those who manage our money. But when it comes to the lessons of our souls… not so much. When it comes to our kids’ rebbe, mediocrity is too often sufficient. After all, maybe he’s not the best, but what can we do? We can’t afford more.

What is the matter with us?

Our children graduate high school with fantastic grades but rather than send them to Stern or Touro we say, what’s the big deal if they go to City College or some other local campus? And then, when they find themselves immersed in the depravity of college life, we find ourselves at a loss to explain why.

One day, our son brings to our nice, expensive home the young woman he wants to marry and we take one look at her and, oye!, she may be nice enough, she may be pretty enough but she is no Rivkah! And we find ourselves at a loss to explain why. Or our daughter brings home a young man who cannot even correctly pronounce “Avraham” and we want to know, why?

And we never make the connection to our miserliness in our spiritual investments.

It is curious that, in this narrative of Avraham sending Eliezer to find a bride for Yitzchak, Eliezer’s name never appears. In this, we also find an important lesson. In our own time when self-promotion is “everything”, when it is always, “me, me, me!” the parasha teaches us that there is, in fact, something much more important.

For Eliezer, it was the mission.

It was not “about him”. It was about accomplishing the sacred task Avraham asked of him. The future of Am Yisrael was and is non-negotiable.

Perhaps it is time to conduct our own lives with that in mind.

2021-10-29
Eliyahu Safran
Previous: Five Quick Divrei Torah on Chayei Sarah 5782
Next: Food Consumption during the Shemita Year in Israel and the Diaspora