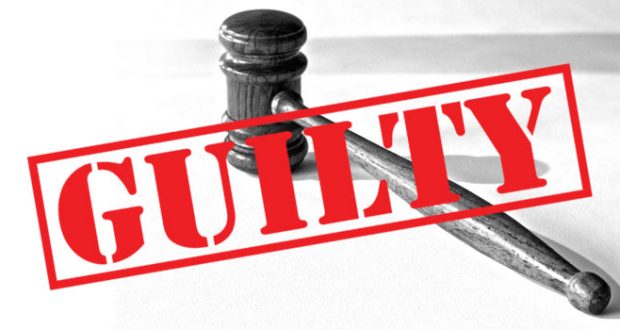 Pidyon Shevuyim for Someone Guilty

Pidyonim Shevuyim means redeeming a captive, paying someone’s ransom. It is among the highest priorities of mitzvos. Shulchan Arukh (Yoreh De’ah 252:1) is more important than feeding and clothing the poor. If we fail to redeem captives, we risk rampant death and assimilation of upstanding members of our community.

Some people think pidyon shevuyim is a relic of the past, when bandits controlled key roads and pirates rules the seas. But the truth is that kidnapping for ransom purposes still occurs and insurance companies sell policies to companies and high net worth individuals to help in the case of a ransom demand. Pirates still operate on the seas, board ships and take hostages. And, of course, in recent decades terrorists hijacked airplanes and took hostages. Just this week, there was a kidnapping of US citizens in Haiti.

The Mishnah (Gittin 45a) lists two rabbinic enactments regarding kidnappings:
1) Do not pay an exorbitant ransom, i.e. above the going rate (for reasons discussed below). We will define below how to determine a reasonable ransom.
2) Do not help captives escape (because that will endanger those who fail to escape and future captives).
The Gemara asks whether the enactment against paying exorbitant is because of:
A) doing so will place an undue communal burden, or
B) paying too much ransom will encourage more kidnappings.

The Gemara says that the practical difference between reasons A and B is whether an individual — a family member or friend — can volunteer to pay the exorbitant ransom. If the enactment is to prevent a communal burden, this should be allowed because the burden is carried by individuals and not the community. If the enactment is so as not to encourage further abductions, then even individuals may not volunteer to pay an exorbitant ransom because everyone will suffer in the future.

The Gemara does not offer a definitive conclusion but Rambam (Mishneh Torah, Hilkhos Matenos Aniyim 8:12) and Shulchan Arukh (ibid., 4) cite the second explanation. They rule that we are not allowed to pay exorbitant ransoms to avoid encouraging future kidnappings.

What is a reasonable ransom and what is exorbitant? Rav David Ibn Zimra (Radbaz, 16th cen., Egypt; Responsa 1:4) discusses the custom he saw when he arrived in Egypt (he was among those expelled from Spain). In Egypt, Jews were accustomed to paying ransoms as much as 5 times what Muslims would pay. Radbaz struggles to define the going rate for ransom in a way that justifies this practice.

One way to define market rate is to see for what price someone like the captive would sell on the slave market (yes, Jews were traded as slaves in Africa in those days). Obviously, today that would not work because there is no slave market, at least not out in the open. Even in those days, Jews paid ransom that was much higher than the market slave price.

Radbaz suggests looking at the common ransom paid by all people. Maybe the average for a man or woman of that age serves as a reasonable ransom, allowing for some variance in the exact amount. However, that still does not account for the high ransoms that Jews were paying in Egypt of his time.

Radbaz offers a number of unconvincing rationalizations: perhaps a gentile would pay such a high ransom if necessary; maybe we pay an average ransom for the captive and an additional premium for the religion (I don’t understand what this means); maybe the captives all fall under one of the exceptions we will discuss shortly. None of these explanations answer the question satisfactorily but Radbaz concludes that he should not interfere with the ransom practice of his day.

Tosafos (Gittin 45a s.v. de-lo) struggle to reconcile all the different stories in the Talmud about captives with this enactment not to pay exorbitant ransoms. In order to make sense of the conflicting narratives, Tosafos list a few exceptions to the enactment:
1) You can pay any amount to redeem yourself or your spouse.
2) You can pay an exorbitant ransom for a Torah scholar or someone who shows promise of growing into one.
3) During a time of great anti-Semitism, such as immediately following the destruction of the Temple, you can pay any ransom because people kidnap Jews with abandon and will not be encouraged by paying high ransoms. This certainly applied to the Holocaust.
4) Later scholars debate whether you can pay an exorbitant ransom to save someone from certain death. (See Pischei Teshuvah, Yoreh De’ah 252:4).

In the course of discussing these laws, Rav Shlomo Luria (Maharshal, 16th cen., Poland; Yam Shel Shlomo, Gittin 4:72) says that if someone is captured because he stole from gentiles, there is no mitzvah to redeem him from captivity. Even if the punishment is disproportionate to the crime, he knowingly entered that dangerous situation and does not merit a communal effort of the highest priority to pay his ransom.

Rav Meir (Maharam) Lublin (17th cen., Poland; Responsa, no. 15) discusses the case of a Jewish man who was caught with a gentile (Christian) woman. The local gentiles threatened to kill him but would have freed him for a ransom. Maharam Lublin says emphatically that there is a mitzvah to redeem him from this captivity even though he brought it on himself through sinful behavior.

Ultimately, whether there is a mitzvah of pidyon shevuyim for someone guilty boils down to a debate between Maharshal on one side and Radbaz and Maharam Lublin on the other. In my survey of authorities of the last century, I have found that they seem to follow Maharshal. These include Divrei Malkiel 5:60; Shevet Ha-Levi 5:135; Rav Shlomo Zalman Auerbach, as quoted in Ve-Alehu Lo Yibol (2:113); Chashukei Chemed, Gittin 47a.