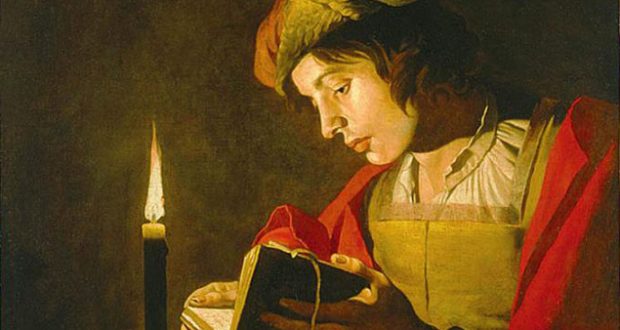 Judaism’s flexibility becomes evident when new circumstances arise that require renewed analysis of the halakhic implications. While some may claim that halakhah is paralyzed, studies of specific cases disprove this evaluation. Even a Mishnaic prohibition can be set aside when warranted by changed circumstances.

A case in point is the rabbinic prohibition to read near a lamp on Shabbos. The Mishnah (Shabbos 11a) states this simply, without explanation. The Gemara (12b) quotes a baraisa which explains the concern that the reader may tilt the lamp, moving the oil, which is biblically forbidden. Rashi (11a sv. ve-lo) suggests that the prohibition violated is burning (mavir). Tosefos Ha-Rosh (Yevamos 6b) add that one also cooks the oil.

This prohibition would generally limit the time available on Shabbos for reading and studying from a text. When night falls, you may no longer read from a lamp unless you can find a situation in which reading is permissible. It effectively mandates keeping your books closed on Friday night and either studying by heart, enjoying friendly conversation or going to bed.

The Gemara (12b) seems to be conflicted over whether this prohibition applies even when the rationale does not. On the one hand, it brings opinions that an important person who usually has a servant to move the lamp may read in its light since he would not normally move it. Similarly, two people may read because each will presumably remind the other not to move the lamp. However, it also quotes opinions that even if the lamp is two stories above the reader, so there is no chance he will move it, he still may not read. And R. Yishmael said that he read, certain that in his piety he would not move the lamp, and yet instinctively moved it. Commentators generally resolve these differing approaches by choosing one side or the other. Either we conclude that this prohibition applies regardless of the circumstances or it only applies when there is a legitimate concern that the reader may move the lamp.

The Taz (Orach Chaim 275:1) rules that you may not read from the light of a candle which is locked in place and cannot be moved. Even though there is no concern that you will move the lamp, reading is still forbidden. The Magen Avraham (ibid. 2) quotes the Hagahos Maimoniyos, in the names of the Maharam and Rosh, who permits it. The Machatzis Ha-Shekel (ad loc.) rules similarly.

This same debate should presumably apply to wax candles. There is no oil to move around so the concern should not apply to it. If the prohibition allows for exclusions, wax candles should be allowed. The Mishnah Berurah (275:4) permits it, although the Kesav Sofer (Responsa, Orach Chaim 60) suggests that moving the melted wax on top of a candle is similar to moving oil in a lamp and therefore the rabbinic prohibition applies equally to it. Both, however, seem to discount the Taz’s above position (although regarding wax candles the Taz has a different consideration – 275:2).

Electric lights, as we have today, should be even less problematic. Fixtures cannot be moved at all and even portable lamps, if moved, have no oil or equivalent to move around. Therefore, the Levushei Mordekhai (Orach Chaim 2:52) and Maharshag (1:29) permit reading near an electric light. This position is, I believe, unanimously accepted today (see, e.g. R. Gedaliah Felder, Yesodei Yeshurun, vol. 3 pp. 288-291; R. Shlomo Zalman Braun, She’arim Metzuyanim Ba-Halakhah, 80:1). Even though the Mishnah forbids reading near a lamp, the lamps today are sufficiently different in a relevant way to fall outside of this prohibition.