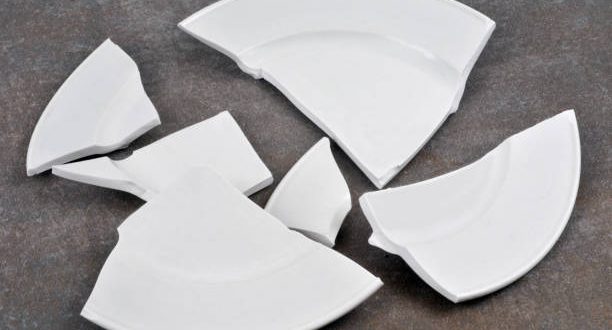 Breaking a Plate with a Religious Text

Eretz  Hemdah has begun a participatory Zoom class – “Behind the Scenes with the Vebbe Rebbe” – an analytical look at the sources, methodology, and considerations behind our rulings, with Rav Daniel Mann. Contact [email protected] to join while places are open.

Question: A friend made an artistic plate to break at my daughter’s engagement party. The pasuk, “ahavat olam tavi lahem” (bring them eternal love) is written on it. May we break such a plate?

Answer: Mazal tov! After commanding to destroy avoda zara, the Torah says: “Do not do so to Hashem” (Devarim 12:4). The gemara (Makkot 22a) takes this as a prohibition to destroy objects associated with Hashem/service of Him. The Rambam (Yesodei HaTorah 6:1, 7) lists a few full violations: erasing a Name of Hashem, destructively removing a stone from a Temple or altar, and burning such a structure (ibid.). Destroying p’sukim from Tanach and their commentaries is a lower-level violation (ibid. 8). Thus, your concern is grounded, but we will look for alleviating factors.

First, presumably your interest is to break the plate, not specifically the pasuk. The gemara (Arachin 6a) says that holy writing on an object sanctifies only the part of the object that contains the text; one may cut off that part and use the rest of it (see Shulchan Aruch, Yoreh Deah 276:13). The rule of davar she’eino mitkaven allows one to do a permitted action even if it might (but also might not) unintentionally accomplish something that is prohibited (this rule is not limited to Shabbat – see Nazir 42a).

It is questionable though whether this reasoning would make it fully permitted to break a plate with a pasuk. After all, there are halachot that require one to avoid situations in which danger might come to holy texts (Ginzei Hakodesh 2:1; see Rosh Hashana 18b). To break the plate in a manner that the letters are likely to be severed is thus at least against the spirit of the law, if not its letter.

Common practice allows to erase words of Torah from a blackboard. While some posit that this is only permitted to replace it with other divrei Torah, due to little alternative (Shut HaTashbetz I:2), we erase blackboards after Torah classes even to use them for mundane writing. The Ein Yitzchak (OC 5:11) explains that when it was written in order to erase thereafter, it is considered as intention to not bestow kedusha on the writing. Similarly here, the plate designer wrote the text for it to be broken and the letters likely severed, and therefore it was not sanctified.

One could argue that only destructive breaking is forbidden (see Rambam ibid. 7), and here the breaking is a festive, holy act. However, this exaggerates the minhag. According to most (see Eliya Rabba, OC 560:7; Mishna Berura 560:9), the reason is to remember the pain of the destruction of the Beit Hamikdash. Thus, our intention is to destroy, albeit for a good cause. The Aruch Hashulchan (Even Haezer 50:26) explains that breaking the vessel represents finalization of the tena’im document (which not everyone has at engagement parties). Either way, it is unclear that this is a sufficiently positive religious act to justify destroying something with a holy text. The Pri Megadim (60, MZ 4) explains that we use a vessel from pottery, preferably an already broken one, because the minhag does not justify wasting a fine utensil. Therefore, any trend to purposely make an arguably kadosh utensil just to break it seems regrettable.

Here, the plate was made with the best intentions, and there is likely concern about insulting your friend by not using it, and we have already seen reasonable grounds for leniency. This case has clearer grounds for leniency. First, the words’ meaning is borrowed (melitza) from the Torah context, a request that Hashem show his love for Israel (here it must be that the couple should have long-lasting love). The halachot of a pasuk do not apply to melitzot even using the precise words (Shulchan Aruch, YD 284:2). Finally, these words, are not a pasuk but come from Musaf of Rosh Chodesh (albeit modeled after Yirmiyahu 31:2). While we treat entire prayers with care, a few words from one without Hashem’s Name do not have kedusha (Ginzei Hakodesh 10:14). Therefore, you may break the plate in question.