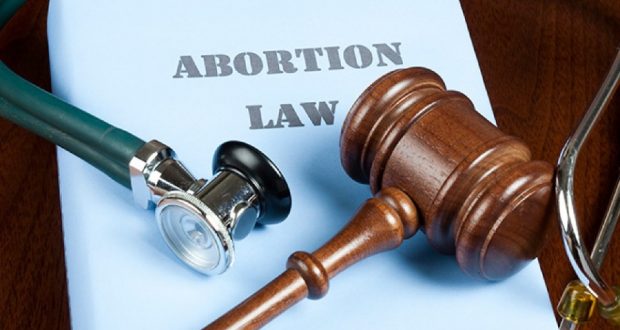 Rabbi Dr. Immanuel Jakobovits was the founder of the modern subject of Jewish medical ethics. His groundbreaking 1959 book, Jewish Medical Ethics, set the stage for a flourishing academic field incorporating Jewish law, contemporary medicine and ethics. His views on abortion, particularly regarding public policy, carry great weight. While he served as Chief Rabbi of Great Britain from 1967-1991, he was never among the top tier of halakhic decisors. However, he incorporated the views of the leading Jewish legalists throughout the generations into his formulations of Jewish medical ethics.

Rabbi Jakobovits wrote extensively about abortion in his book, Jewish Medical Ethics, primarily in determining the permissibility or otherwise of various procedures. In a different article, “Jewish Views on Abortion” — which published as a chapter in a 1967 book on abortion law, republished in a similar 1973 legal book and finally in a 1977 collection of Rabbi Jakobovits’ writings — the Chief Rabbi addressed public policy aspects of the then widely discussed liberalization of abortion laws.[1]David T. Smith ed., Abortion and the Law (Cleveland, 1967); David F. Walbert and J. Douglas Butlers eds., Abortion, Society and the Law (Cleveland, 1973); R. Immanuel Jakobovits, The Timely and the … Continue reading

Rabbi Jakobovits makes the point that while abortion is not technically considered murder in Judaism, it constitutes the destruction “of a germinating human life” and remains forbidden except in exigent circumstances. In a postscript to the article, Rabbi Jakobovits notes the existence of outlying rabbinic views that permit abortion in cases of medical need even absent danger to the mother’s life but points out that such opinions also emphasize the importance of the first forty days of pregnancy for such procedures. There is broad consensus among contemporary authorities that Judaism forbids abortion as a form of birth control or even to prevent the birth of a physically or mentally deformed child.

In terms of public policy, Rabbi Jakobovits discusses a number of important considerations. No law can address every situation. Some people will be adversely affected by any law. He might have applied this to Obamacare, which provides healthcare to many people who previously lacked it but also forces many people to decrease or even lose entirely their healthcare coverage. If we look at only isolated cases and not the overall impact, we would reject any proposed law.

Rabbi Jakobovits could have quoted Rambam (Moreh Nevukhim 3:34) who says that the Torah’s laws are intended to benefit the majority of people. What leads most people to happiness might cause some distress. Rav Yosef Kafach, in his notes to this passage, offers as an example someone traveling in a wagon on a dirt road during a drought. To most people, rain would be a blessing that satiates thirst and feeds the crops. But to that person traveling on the road, the rain will cause his wheels to get stuck in the mud. In life, some people are road travelers who get stuck in the rules and customs that enhance the lives of the vast majority of people. This is not due to a lacking in the Torah but due to the nature of laws. Even the best law will have a negative affect on some people.

If we wish to have moral standards in society that are reflected in law, then we will be forced to inconvenience and even deprive some people. As one of many possible examples, we limit the sale of medication to those with prescriptions, even when obtaining those prescriptions can involve delays and costs. Some people may never qualify for those medications due to technicalities or lack of insurance. Sometimes there is no local doctor who can prescribe the medication. The suffering should be acknowledged and incorporated into the decisions over the appropriateness of these laws. However, the existence of suffering does not automatically disqualify the law. Rather, we must ensure that a law generally prevents suffering and only rarely causes it.

When it comes to abortion, too often people fail to consider the lives that would have been. Many (most?) of those children would have been born to one or more parents unprepared for them. However, after adjusting to a new reality, how many of those children would have grown into happy, healthy adults? How many unwanted children become their parents’ delight, even under difficult circumstances? Rabbi Jakobovits says, “Some children may be born unwanted, but there are few unwanted children aged five or ten years.”

When you look at the statistics, how many abortions are performed for the health of the mother or child and how many are performed on what would otherwise grow into healthy children? He argues that the vast majority of abortions — hundreds of thousands, if not more, per year — lack any moral justification. Saving one of those lives should be a high priority. Saving hundreds of thousands of those lives should be the highest priority.

While Rabbi Jakobovits does not quote this halakhah in what is primarily a public policy article, it should be noted that the imperative of piku’ach nefesh applies even to an unborn child. Rabbi Simcha Bentzion Rabinowitz, a contemporary compiler of halakhic decisions, writes (Piskei Teshuvos 330:9): “And so is the practical ruling, that we violate Shabbos to save the life of a fetus even in a pregnancy less than forty days, and even without any danger to the mother, and even for non-religious women. This includes a woman who is promiscuous or mentally ill and has decided to abort her baby on Shabbos — it is permitted to use any method to speak to her heart and to convince her not to do so, even if those efforts involve the violation of Shabbos.”

Some people today argue that we must allow all abortions in order to ensure that a woman can follow her rabbi if he believes that an abortion is permissible under religious law that the secular law would otherwise forbid. Rabbi Jakobovits does not address this. It seems to me that this argument has merit but must be balanced with the impact on others. Does the need for a limited number of women (presumably less than 1,000 a year) outweigh the destruction of hundreds of thousands of “germinating human lives” each year? That is a hard claim to maintain. There is more to consider regarding a law than just whether it properly balances good and suffering but both sides — and how to balance them — should be an important element in the public policy discussion.