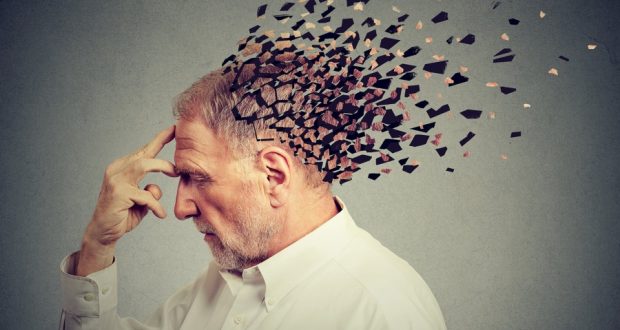 Forgetfulness is a form of freedom.
– Kahlil Gibran

Memory, it is a most gracious gift.  Or is it?

As much as memory is the cornerstone upon which our “self” and our world is built, we must also acknowledge that if we truly remembered everything, we would cease to function.  In other words, as much as it is a blessing to remember, it is a blessing too to forget.  And, as with every other contradiction we embody, the challenge is in finding the meaningful balance between these two blessings, to find the perfect balance between all we want and need to remember and all we want and need to forget.  There are times when we remember more than we care to.  There are other times when we forget more than we should; times when we remember less than we desire, and forget less than we’d like.

The poet was on point when he wrote, “This world would be for us a happier place and there would be less regretting if we would remember to practice with grace the very fine art of forgetting.”

Given the importance of memory and forgetfulness in our lives, it is small wonder that the Torah speaks to both.  We are told to always remember four events, the Revelation at Sinai, the punishment inflicted on Miriam for speaking ill of her brother, the Sabbath, always to remember the Sabbath, and Amalek.  In remembering Amalek, we remember not just the evil king but Amalek, the evil inclination within every human being.

With these commands to remember, the Torah makes clear the importance of memory to our individual and communal character.

However, the Torah is also cognizant that remembering is not always fully developed or refined.   Sometimes we simply can’t remember.

Too often, remembering seems to exist in opposition to forgetting.  But the Torah’s goal in remembering is not simply establishing an absence of forgetfulness.   The Torah never seeks the absence of something, rather the fullness of something.

The Torah asks for an active state of memory through an act or a personal effort of memory.  Truly recalling Sinai demands a reliving of the event.  To remember Miriam’s transgression some have ordained that the verse detailing Miriam’s punishment be recited daily after praying.  Remembering the Sabbath calls for a daily declaration that today is the first or fourth day towards the Sabbath.  Or, on the weekdays if one acquired food or other goods that would be appropriate or befitting for Shabbat, a declaration should be verbalized – lich’vod Shabbat, “in honor of the Sabbath.”

When asking us to remember, the Torah does not rely on the whims and fragility of our not-always-reliable gift of memory.  Rather, the Torah seeks active reinforcement, lest we forget.  Active forgetfulness is harder to achieve than passive remembering.

Of these four commands to remember, the first three bring with them grace and uplift.  To remember the giving of Torah, the Sabbath, even the need to refrain from speaking ill of others all fill us with spiritual and social grace.  However, the fourth command, to remember evil, is a challenge.

It is sometimes a burden to remember, but we can be sure that if we do not remember the Amalek, the Amalek will remember us!  Looking away, forgetting, is not an option.  Evil is a cancer.  Always growing, never sleeping, never resting.

We forget Amalek at our peril.

The Torah teaches that, “Amalek happened upon you on the way, and he struck those of you who were hindmost, all the weaklings at your rear, when you were faint and exhausted, and he did not fear God.”  Devarim 25:18

Amalek takes the hindmost first, but is never satisfied to stop there.  As Pastor Martin Niemoller wrote in response to the atrocities of the Holocaust:

First, they came for the Socialists, and I did not speak out—
Because I was not a Socialist.

Then they came for the Jews, and I did not speak out—
Because I was not a Jew.

Then they came for me—and there was no one left to speak for me.

Eventually, Amalek comes for everyone.

Before Moshe departs from this world he prophetically shares with the Children of Israel how they will stray from the Torah; how they will turn their backs on God Who nurtured them throughout…  One the most striking verses in Ha’azinu has God decrying their forgetfulness…. “You ignored the Rock Who gave birth to you (Tzur yeladecha teshi), and forgot God Who brought you forth” (Devarim 32:18)

Rashi tells us that the simple meaning of teshi is to forget… and so the beginning of the verse is referring to the time that B’nai Yisrael will forget Hashem Who created them.  But how can that be?  How could they possibly ever forget Hashem?

Sadly, it could happen too easily.  We often confuse our gifts.  God granted us the gift of forgetfulness, without which we could not live a single day!  Imagine the burdensome weight of carrying all of one’s memories – every moment, every slight, every pain, every scrape, every joy from every minute of every hour of every day of one’s life.  The weight would be unbearable.  Forgetfulness is release and relief.

As the Dubno Maggid teaches through his parable about Reuven and Shimon in his Ohel Yaakov, God has given us the gift of teshi – forgetfulness so we can forget the pain and tribulation that hold you back.  This is so you can live and enjoy a normal life.  But then, “you forget God Who brought you forth”? That is using God’s gift against him and that is wrong!

Forgetfulness not only allows us to be unburdened by our trials and tribulations, it also allows us to be appropriately modest.  In one of the classic works of Mussar – Orchos Tzaddikim, we learn other benefits of forgetfulness, “forget”, he says, all the mitzvos you performed.  Otherwise, he suggests, you will be filled with your own sense of righteousness and piety rather than the humility and spirituality such behavior should bring about.

Forget too the slights, insults, snubs imposed upon you by others.  Free yourself of those negatives.  Holding on to such pain only brings about greater pain.

We also learn a fascinating benefit to forgetting in Orchos Tzaddikim (Shaar HaTorah).  God created us so that we do not remember all the Torah we learn; we cannot help but forget some of what we’ve learned.  What possible benefit could there be in forgetting Torah?  Torah is, after all, our lifeline. Quite simply because real Torah learning always demands chazarah – constant review.  If we were gifted with the ability to remember all the Torah then what?

What would be next?

God’s gift of forgetfulness ensures that we never end the process of learning.

Limud Yomi (series three) cites a 1943 letter by Rav Elyah Meir Bloch of Telz that the reason Yosef named his firstborn son Menashe (“for God has caused me to forget all my hardship and all my father’s household” (Bereishit 41:51) was so that he would be able to survive in Egypt without constantly holding on to the grandeur and superiority of his father’s house.  So too Rav Bloch sought to forget after the atrocities that decimated Telz of pre-World War Europe.  If he held on to all Telz was, and all that was lost, he would never have been able to rebuild Telz on American shores. He learned from Yosef, that one cannot be stuck in yesterday’s glory.  The future calls.

Still, I think there is another lesson to be derived from the naming of son Menashe.  While Rav Bloch focuses on the glories of the past, perhaps what Yosef really wanted to forget was yesterday’s troubles; the discord, the jealousy, the siblings’ inability to accept him and his gifts.   By naming his oldest Menashe, God was helping Yosef let go of the misery, the anxiety, and the angst of his early years.  What a blessing that is!

When the day arrives when they, like Yosef, are cast out and made to fend for themselves, they will need Yosef’s strength to be able to let go, to forget (nashani).  They need a clean slate to build their futures.

Does anyone think that Yosef was incapable of recalling the sad events of his young life?  Of course, he could.  Forgetting here does not mean to lose all those past experiences as if they never happened.  Far from it.  Nashani allows the cruelty of those experiences to lose its sting.  Nashani allows the hurts to not weigh one down.  Nashani is release, it is freedom from the chains of experience.

The past, of course, survives.  We must remember Amalek.  But we must also be able move beyond Amalek’s cruelty if we are to create a life and a world that is strong, safe, meaningful and blessed.