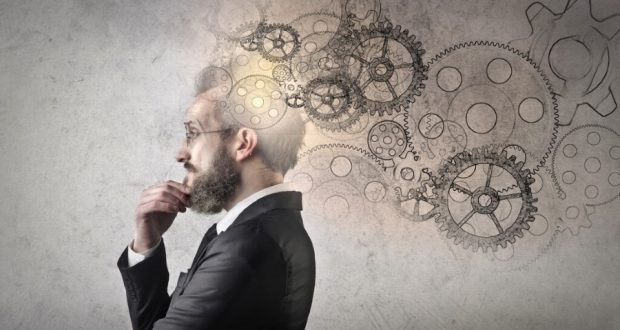 I. Two Types of Teshuvah

What about the secular Jew visiting the Kotel who got tapped on the shoulder by Rav Meir Schuster, ended up learning in yeshiva, became convinced that Torah is correct and began a life of Torah commitment? Is that change of life due to intellectual conviction considered teshuvah due to ahavah or due to yirah? Of course, people are complex and varied, and some people in such a situation will be motivated by ahavah or yirah, but what about the person who is not? When I started thinking about this, I thought of two possible avenues for answering this question. I recently found an analysis by Rav Yosef Te’omim (18th cen., Germany) that I think answers this question.

One line of thought involves the comparison of non-observant Jews with the Talmudic case of a Jewish baby that is kidnapped and raised among gentiles. Because the baby was never educated toward mitzvah observance, he is not liable to bring sacrifices to atone for his transgressions (Shabbos 68b). Many authorities apply this category to Jews raised in a non-observant environment, absolving them of the legal consequences of non-observance. Most famously, Rav Avraham Karelitz (20th cen., Israel; Chazon Ish, Yoreh De’ah 2:16) adopted this view.

Some take this further and argue that those who are raised non-religious today have no sins. They are completely innocent because they do not know better. Rambam (Mishneh Torah, Hilkhos Mamrim 3:3) says that the children of Karaites, who were raised within that system, commit sins as if coerced (ones), for which people are not liable. Effectively, they have no sins. If we accept this idea literally, then the modern ba’al teshuvah is not actually a ba’al teshuvah! He has no sins from his previous life for which to atone. When thought of this way, the entire approach seems counterintuitive. Is someone who becomes observant more sinful than he was earlier in his life, when he did not keep kosher or observe Shabbos? Some may find this hard to accept. And, in fact, Rambam says that we should help the Karaite children return in teshuvah (see also Hilkhos Shegagos 2:6). So even he did not mean this idea as literally as we have presented.

The Gemara (Ta’anis 7a) says that anyone who studies Torah not for its sake (she-lo li-shmah), the Torah becomes a poison for him. This text highly disapproves of study Torah she-lo li-shmah. However the Gemara (Sotah 22b) says that you should always study Torah even she-lo li-shmah because by studying it for the wrong reason, you will come to study it for its sake (li-shmah). This text encourages studying Torah even for the wrong reasons. Tosafos (Sotah, ad loc., s.v. le-olam) answer this contradiction by distinguishing between two types of she-lo li-shmah. One type is learning Torah without any intent to observe it. That is bad because as you learn more about the mitzvos you fail to observe, you become an intentional sinner on a deeper level. In contrast, another type of learning Torah she-lo li-shmah is with the intent to avoid divine punishment and acquire divine reward. An attitude like that is less than ideal because it focuses on your own benefit rather than more lofty goals. However, it is certainly a good start.

It seems reasonable to equate teshuvah mi-yirah, repentance out of fear, with she-lo li-shmah. You are repenting out of fear of divine punishment, which is the same kind of person benefit as someone who learns Torah she-lo li-shmah in a good way. If so, the contrast would be with li-shmah, which Tosafos describe as learning Torah to fulfill the will of your Creator who commanded you to do so. Similarly, someone who does teshuvah out of love is doing so because they believe it is what God wants. With that definition, the modern ba’al teshuvah, the Jew who becomes observant because he believes the Torah is true and this is what God wants him to do, is someone who does teshuvah li-shmah, which as we have defined it is teshuvah me-ahavah. Therefore, his past intentional sins become merits.

Rav Moshe Alshikh (16th cen., Israel; Maros Ha-Tzovos, Jer. 3:18) divides those who repent into three categories: 1) those who do teshuvah out of fear of divine punishment or desire for divine reward, 2) those who are unhappy over defying God’s commands, 3) those whose love for God burns within their hearts. Rav Yosef Te’omim (Matan Sekharan Shel Mitzvos, no. 7), the famous author of Pri Megadim, asks how these three categories fit within Reish Lakish’s description of only two categories of people who do teshuvah. The first category seems to be teshuvah mi-yirah, for whom intentional sins become accidental sins. The third is teshuvah me-ahavah, for whom intentional sins become merits.

Rav Te’omim suggests that there is a third category of altruistic teshuvah, repentance for selfless reasons. This is a person who wants to do good because it is good, who wants to follow God’s path because that is the path to righteousness. When someone does teshuvah for this reason, his sins do not become categorized as accidental but also are not transformed into merits. Rather, his sins are erased. In contrast to teshuvah mi-yirah and teshuvah me-ahavah, we might call this teshuvah mi-sekhel, intellectual teshuvah. It seems to me that the modern ba’al teshuvah as described above falls into this middle category of what I call teshuvah mi-sekhel.