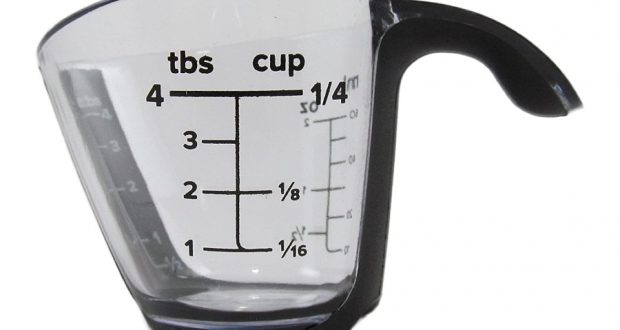 Measuring the Amount One Can Eat/Drink

Question: I will need to drink on Yom Kippur in shiurim (small amounts at a time to lower the violation). Should I prepare the portions of liquid beforehand in order to not have to measure on Yom Kippur?

Answer: There is a Rabbinic prohibition to measure things (medida) on Shabbat and Yom Tov. It comes up in the context of selling holiday provisions on Yom Tov, which may be done in certain ways – one is not allowed to measure the food in a special utensil for that purpose (Beitza 29a). The gemara (ad loc.) places this prohibition under the category of uvdin d’chol (weekday-like activities).

The gemara (Shabbat 157a-b) refers to the violation of medida on Shabbat in the context of an exception – when the measuring is done for mitzva reasons. The case there is measuring the space above a grave in order to know what areas will be affected by its tuma.

The mitzva exception applies to measuring to determine how much a sick person may eat on Yom Kippur, either way you look at it. If one eats too much, he unnecessarily violates Yom Kippur. If he eats too little, he may improperly risk his life (see Mateh Ephrayim 618:11). Actually, even if the therapeutic need is not remotely life-threatening, it is permitted to measure, and it is not clear how sick a person needs to be (see Eliya Rabba 306:21; Mishna Berura 306:36).

Although mitzva needs are not usually grounds to waive Rabbinic prohibitions, the Mishna Berura (306:34) explains that it is possible here because medida is only forbidden due to uvdin d’chol. One can explain that, as a relatively weak prohibition, mitzva need overcomes it. However, it is more likely that it means that if the greater context is for a mitzva purpose, it is not considered mundane. The Pri Megadim (306, EA 16, cited in Mishna Berura 306:35) learns from the Terumat Hadeshen (I:54) that one may measure the halachic elements of a mixture to see if the permitted part “nullifies the forbidden by sixty (bitul).” The permissibility does not seem to be based on the great need for the food, but that since the concept is halachic investigation, it is not defined as uvdin d’chol.

Therefore, it may be surprising that the Kaf Hachayim (OC 618:40) states that it is proper to measure before Yom Kippur. He cites (in OC 323:62) a Pri Megadim (EA 323:14) who says that one should measure before, but that seems to be because the action of measuring makes the bitul considered fixing an object. Igrot Moshe (OC V:18) infers from the Magen Avraham (306:16) that one may measure for halachic determination even without a need but does not understand why that is so (perhaps regarding a sick person who could have prepared before Shabbat, Rav Feinstein would not have questioned the leniency). An early source permitting measuring for Yom Kippur amounts, the Sefer Hachinuch (mitzva 313), implies that there must be a particular need to do so on Yom Kippur.

It is recommended, on practical (see Mateh Ephrayim ibid.) as well as halachic grounds, to prepare a utensil with the right size for Yom Kippur drinking or marking it at the right spot, before Yom Kippur. However, it is unnecessary to pour out all the needed servings in advance, for the following reasons.

First, most poskim do not mention the Kaf Hachaim’s stringency (see Shemirat Shabbat K’hilchata 29:39; Orchot Shabbat 22:120). Even If one wants to be machmir, one does not have to go to the trouble of preparing all the servings. If one does not measure precisely, the Rama (OC 323:1) does not consider it measuring  – if one draws a line at the exactly right spot, he must not exceed it, but putting in slightly less is usually fine medically. The Shulchan Aruch (ad loc.) does not cite this leniency, and Yalkut Yosef rules like the Shulchan Aruch. If one drinks from the cup, then pouring into it is not considered measuring, which exists when one pours into a measuring utensil just for the measuring and then removes it (Shulchan Aruch, OC 323:1). (This leniency might not apply to a solid that one has to carefully fit into the shape of the measuring utensil.)