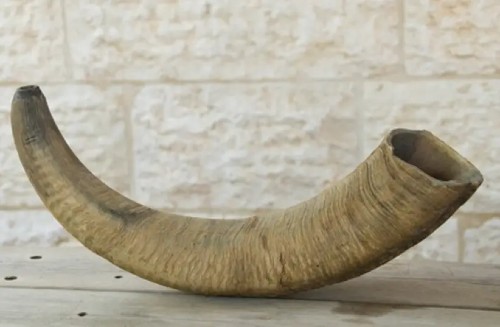 Question: Must children hear shofar blowing, at what age, when, and how many?

Answer: As a rule, boys are obligated to fulfill positive mitzvot on a Rabbinic level from the age of chinuch (Sukka 42a), and this includes shofar (Arachin 2b). (There is a fundamental machloket whether the child is himself obligated in the mitzva or whether it is the father who is obligated to make sure the child does the mitzva (see Rashi and Tosafot, Berachot 48a).) Girls are fundamentally exempt from shofar, as all women are exempt from this time-based mitzva (Kiddushin 33b). However, there is much to consider about the details in practice.

The gemara and Shulchan Aruch do not give an age for when children become obligated. Rashi (Arachin 2b) invokes the ages found in Yoma (82a) – opinions range from 8-10, but Tosafot (ad loc.) argues that that context, fasting on Yom Kippur, which depends on physical ability, is irrelevant to other mitzvot. Tosafot points out that the gemara (Sukka 42a) gives potentially different stages for different mitzvot – for lulav, when he knows how to shake it; for tzitzit, when he knows how to cloak himself in it; for tefillin – when he knows how to stay clean with them on. An exact age is not given, and for shofar, not even a description.

Rav Shternbuch (Teshuvot V’hanhagot II:281) raised a simple question: If the mitzva is to hear shofar, then any boy who can hear should be required to do so? Noting that we do not take babies to hear, he posits that since kavana is required to fulfill mitzvot, a child would have to be able to understand to hear because Hashem commanded to do so. He identifies the age as four or five. One can, though, analyze the matter differently. A boy is obligated in sukka from the age he does not need his mother (Sukka 28a), even though he can perform the mitzva earlier. Lulav requires knowing how to shake it, even though the mitzva is fulfilled by simply holding it (Sukka 42a). The Netziv (ad loc.) explains that the obligation is when a child can perform the mitzva in a manner appropriate for adults. For shofar, that probably means that he can reasonably concentrate on the sets of sounds coming from the shofar, which is somewhat older (Rav M. Willig told me around six).

However, the minhag is that we try to have even younger children come to hear shofar blowing. The main cut-off point is when he can listen without disturbing (Mishna Berura 587:16). (The formal obligation is pertinent, impacting on how hard to try to have him in shul then and when a child is old enough to blow on behalf of children who are Rabbinically obligated). This is not surprising, as the minhag is to educate children before the time that they are halachically obligated (see Halichot Shlomo, Tefilla 22:20 regarding berachot). Also, the minhag, which we consider proper, is for girls to also be careful to hear shofar blowing.

Although one can argue that the tekiot during Musaf are the more prominent ones, the accepted approach is that our main fulfillment of the mitzva is with the 30 blasts, with the berachot, before Musaf (see Ha’amek She’ala 171:2). In fact, women, or even men, who are unable to be with a minyan all day suffice with 30 blasts, as the additional ones are related to tefilla b’tzibbur (see Rama, Orach Chayim 592:2; our column, Rosh Hashana 5781). Therefore, only to the extent that a child is mature enough to take part seriously in Musaf is he expected to hear the additional sets of shofar. While the average child in the 10-13 age range should be up to a full day of davening (or close to it), the average six-year-old is not and would likely disturb (see Rama, OC 124:7 and Mishna Berura 124:28). For such a child, who will not be there throughout davening, it is not critical to hear those tekiot.

If an obligated child misses the tekiot in shul, he should hear them elsewhere. In a blowing just for children, it is better if one of the [older] children makes the berachot, but if they have trouble doing so, an adult can do so for the obligated children (Chayei Halevi V:52).